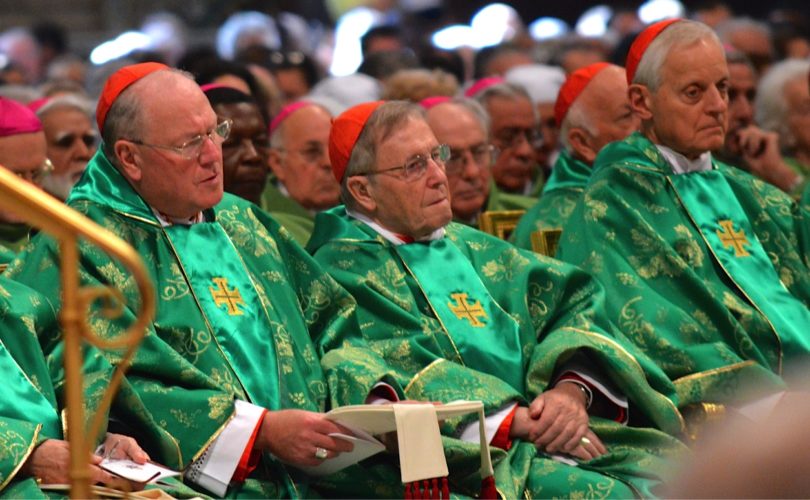 German Cardinal Walter Kasper continued to stir controversy at the Extraordinary Synod of the Family Tuesday, asserting the existence of a “growing majority” in favor of his proposal to allow Communion for divorced and civilly remarried Catholics, and roundly dismissing the voice of African Catholics in the area of Church teaching on homosexuality.

African cardinals “should not tell us too much what we have to do,” Cardinal Kasper stated in an interview with ZENIT news agency, adding that he believes African participants in the synod are not being listened to.

“You can’t speak about this with Africans and people of Muslim countries. It’s not possible. It’s a taboo,” he said. “For us, we say we ought not to discriminate, we don’t want to discriminate in certain respects.”

While Cardinal Kasper said African bishops are not being listened to at the synod, their views are “of course” listened to in Africa, “where it’s taboo.”

In recent months Cardinal Kasper has repeatedly made statements that his critics say clearly flout Church teaching, while appearing to presume they are generally accepted and have the approval of Pope Francis.

However, African participants at the synod have expressed dismay at proposals that they say would move the Church away from its traditional teaching on marriage and family.

The German prelate’s remarks about the African prelates drew immediate criticism from the international pro-life and family coalition Voice of the Family.

“Cardinal Kasper should apologise for his dismissive remarks about African bishops,” Voice of the Family coordinator Maria Madise said. “His remarks are patronising and discriminatory.”

“African bishops have equal status in the Synod,” said Madise. “And have every right to say that the universal Church should maintain its opposition to the homosexual agenda.”

In the interview Cardinal Kasper claimed that Pope Francis supports his controversial proposal, saying the Pope had observed problems of divorced and remarried Catholics in his own family and that the Holy Father has, “looked at the laity and seen the great majority are for a reasonable, responsible opening.”

“Of course, the Pope wants it and the world needs it,” he said.

Asked if he had seen progress in the synod on the issue of Communion for divorced and civilly remarried Catholics, Cardinal Kasper told ZENIT, “I hoped there would be some opening and I think the majority is in favor. That is the impression I have, but there is no vote. But I think some opening would be left (to happen).”

While some leading prelates have loudly opposed Cardinal Kasper’s proposal in public forums, Cardinal Kasper insisted he had not seen increasing opposition to them at the Vatican gathering.

“In the first phase of the synod I saw a growing majority in favor of an opening. I saw it – but it’s more of a feeling,” he told ZENIT. “There was no vote. There will be a vote but not yet.”

While opposition to the synod’s controversial “relatio” or mid-term report has solidified both in and outside the Synod hall, Cardinal Kasper told ZENIT that so far the synod has gone as the Holy Father wanted.

“He has not said – he’s been silent,” said Cardinal Kasper. “He has listened very carefully but it’s clearly what he wants and that’s evident.”