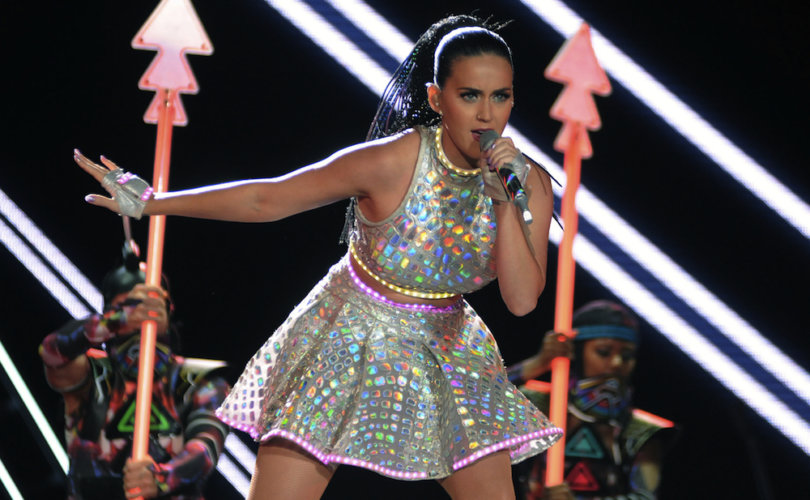 Katheryn Hudson, better known publicly as Katy Perry, posted on Instagram the news of her donation to the nation's largest abortion business because, in her words, the organization “may have their funding support taken from them in the future by the government.”

President-elect Donald Trump said on the campaign trail and reiterated in a September letter that he is “committed to defunding Planned Parenthood as long as they continue to perform abortions and reallocating their funding to community health centers that provide comprehensive healthcare for women.”

Perry explained in her Instagram that she is giving Planned Parenthood money in honor of “the teenage me who made several visits to first a clinic in Santa Barbara and then Los Angeles,” and praised the abortion business for educating her “on my sexual health, a subject I had little to no information on because of my sheltered upbringing.”

Born to two Pentecostal pastors, Perry sang in her parents' church as a child and sought a career in Christian gospel music as a teenager. After her first album failed, she moved to Los Angeles to pursue a career in secular music.

Perry rose to success in 2008 with the megahit single “I Kissed a Girl and I Liked It,” which centered on female homosexual experimentation. In the single's predecessor, “Ur So Gay,” Perry sings, “I hope you hang yourself … while jacking off.”

She credits Planned Parenthood for teaching her about sex, saying in her Instagram donation announcement, “I had no idea how things worked down there, and had no idea how to make a plan for them.”

Perry said the abortion behemoth's services freed her from childbearing so she could “focus on my dreams” and pursue her career. “Without this education, I may have had a different life path,” she wrote.

Perry is one of the most influential stars among teenagers today, particularly among girls and young women. Wildly popular on social media, Perry became the first person to gain 90 million followers on Twitter.

Named the biggest female moneymaker in the music industry many years in a row, Perry's net worth is estimated at $125 million. She has been titled a “sex symbol” by numerous popular magazines, with GQ labeling her “a full-on male fantasy.”