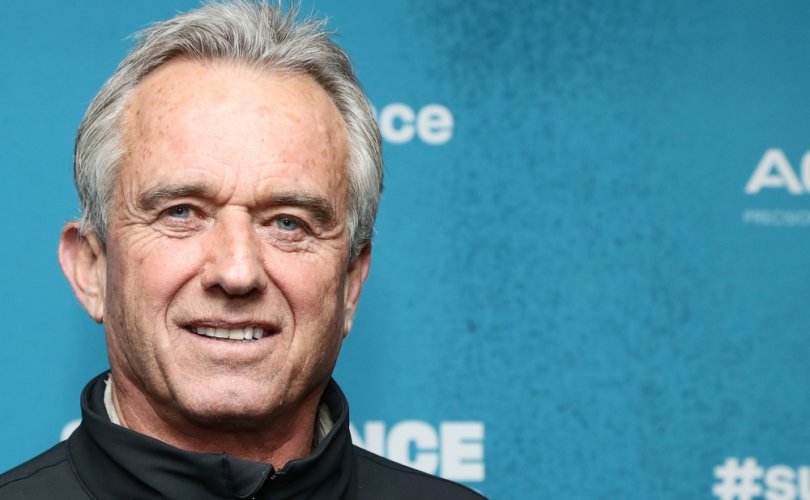 July 24, 2020 (LifeSiteNews) – Environmental lawyer Robert F. Kennedy Jr. warned Americans on Thursday to be cautious about any new coronavirus vaccine, pointing out that key parts of testing are being skipped.

“The Moderna vaccine, which is the lead candidate, skipped the animal testing altogether,” Kennedy said during an online debate on mandatory vaccinations with renowned Harvard law professor Alan Dershowitz. The debate was aired by Valuetainment and moderated by Patrick Bet-David.

During the course of the debate, Kennedy also talked about the regular vaccines most people take, from Hepatitis B to the flu shot, emphasizing that no proper testing had ever been done, which is mandatory for any other medication. Vaccines “are the only medical product that does not have to be safety-tested against a placebo,” he explained.

In a study involving placebos, one group of people would be injected with the actual vaccine, while another group would be injected with saline solution, which would not have any effect in preventing a particular disease. The people who are part of the study would then be observed to see if there are any differences between the two groups, both regarding the disease vaccinated against, and side effects.

As these tests are never done on vaccines, “nobody knows the risk profile of any vaccine that is currently on the schedule. And that means nobody can say with any scientific certainty that that vaccine is averting more injuries and deaths than it’s causing.

In fact, it should be the opposite, Kennedy said, with vaccines being tested even more thoroughly than any other medication.

Kennedy said “it’s not hypothetical that vaccines cause injury, and that injuries are not rare. The vaccine courts have paid out four billion dollars” over the past three decades, “and the threshold for getting back into a vaccine court and getting a judgment – [the Department of Health and Human Services] admits that fewer than one percent of people who are injured ever even get to court.”

He mentioned another reason not to trust blindly any company currently producing vaccines in the United States. Each one of the four vaccine producers “is a convicted serial felon: Glaxo, Sanofi, Pfizer, Merck.”

While Kennedy is often described as being against vaccines altogether, he stressed that he does not oppose vaccines, as such. He accused his critics of “marginalizing me and silencing me” by misrepresenting his actual position.

In May, Kennedy signed an appeal created by Archbishop Carlo Maria Viganò aimed at raising public awareness among people, governments, scientists, and the media about the serious dangers to individual freedom caused during the spread of Covid-19.

The appeal raised concern at one point about a COVID-19 vaccination in relation to human freedom.

“We also ask government leaders to ensure that forms of control over people, whether through tracking systems or any other form of location-finding, are rigorously avoided. The fight against Covid-19, however serious, must not be the pretext for supporting the hidden intentions of supranational bodies that have very strong commercial and political interests in this plan. In particular, citizens must be given the opportunity to refuse these restrictions on personal freedom, without any penalty whatsoever being imposed on those who do not wish to use vaccines, contact tracking or any other similar tool.”

The appeal made it clear that for Catholics it is “morally unacceptable to develop or use vaccines derived from material from aborted fetuses.”

Comments on the YouTube video of the debate between Kennedy and Dershowitz indicated, almost unanimously, that Kennedy had won the debate. Dershowitz conceded many points, arguing, however, that from the point of view of constitutional law, the coronavirus vaccine could be made mandatory.

Kennedy clarified that the state government at the time had offered people to either be vaccinated or pay a five dollar fine. Dershowitz’s argument, however, was that based on constitutional law, including this precedent, “the state has the power to literally take you to a doctor’s office and plunge a needle into your arm.”

Kennedy said, “I think there’s a big constitutional chasm between, you know, that remedy, which is paying a fine, and actually going in and holding somebody down and forcibly injecting them.”

President Trump has already said that the new coronavirus vaccine would not be mandatory, but available for those “who want to get it. Not everyone is going to want to get it.” A LifeSiteNews petition saying no to mandatory vaccinations has garnered more than 650,000 signatures and can still be signed here.

The ethical issue of many vaccines being derived from cell lines of aborted babies was not discussed during the debate.