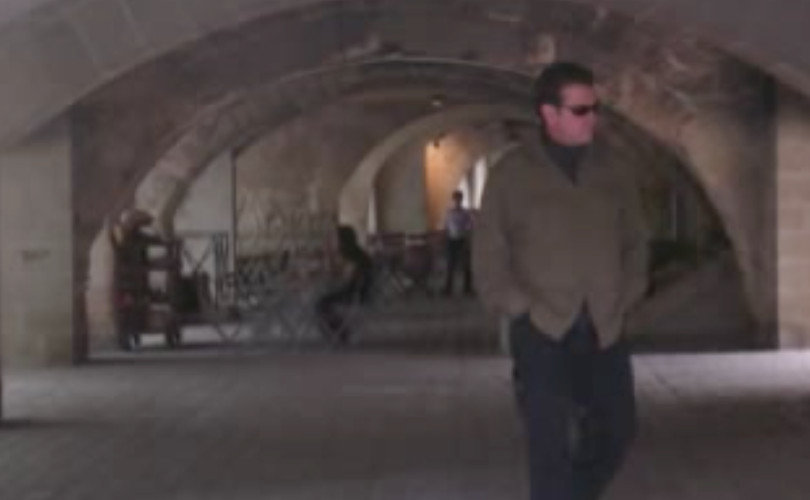 Deirdre
A.
McQuade
Deirdre A. McQuade

WASHINGTON, D.C., September 20, 2012, (LifeSiteNews.com)—A man named Ken recently called in to a Washington, D.C., radio talk show discussing the question of abortion after rape. In the midst of a politically charged discussion, his personal story caught the host off guard. Ken explained that he was adopted as an infant, and at age 30, located his birth mother and learned the circumstances of his conception.

Her story was that she was hit over the head with a baseball bat and was raped at 15. So, she went away to Catholic Charities, had me, made the brave decision to keep me—and, well, keep me alive. And then I was adopted and I have three beautiful children now, have been married for 15 years – and I would just like to speak up for those [voice breaks] who have no voice.

Ken defended both women who are the victims of rape, and their innocent children who are conceived in violence:

It really eats me up when I hear people talk about rape, because it is horrible. My mother won’t tell me what my father’s name is, because he threatened to kill her if she ever said anything. So, she has not told me his name, but if I was ever to meet him, the first thing I would probably do is punch him. I think rape is horrible, but what I want to say to women out there is: you can take something that was terribly done to you, and make something good out of it. And that’s, [voice breaks] that’s me.”

At first, the talk show host was stunned, but then he asked questions that unfolded into a nine-minute-long segment.

Ken talked about growing up in a loving adoptive home – his parents had just celebrated their 50th wedding anniversary—and how he shares a relationship with his birth mother, her husband, and their children (his half-siblings). He expressed gratitude for his birth mother’s going through so much to give him life. He admired how she rebuilt her life after her assault, pregnancy, and adoption placement, saying: “That was a hard time in her life. She sacrificed a lot…But she moved on in her life, and she was able to overcome the shame that was put on her.”

He urged listeners to see that children conceived in rape are just as human, just as “real,” as everyone else. “It’s an emotional topic because I just get tired of people treating these unborn children like they’re, like they’re nothing. And they can be born, and they can grow up, and they can have a great life.”

As a teen, Ken promised himself and God that he would return the favor of adoption, a promise that he and his wife fulfilled four years ago when they adopted a special needs premature baby girl from foster care. “I have an adopted child now because I was so grateful for having the opportunity to have my parents who took care of me…She’s our, she’s my daughter, and [voice breaks] I love her.”

Although Ken was conceived in rape, that was not the final word in his life. Abortion would have multiplied the violence, destroying the life of an innocent human being. But thanks be to God, the power of love prevailed over violence. Through the generosity and courage of his birth mother, both he and his mother were free to love and be loved in many unanticipated ways.

Reprinted with permission from the U.S. Conference of Catholic Bishops.