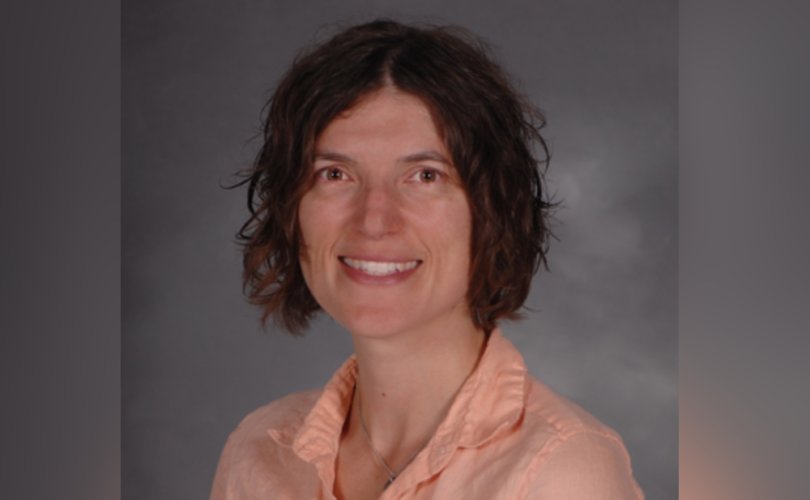 Physical education professor Jennifer Walton-Fisette is the lead author of “Moving forward with social justice education in physical education teacher education,” published in the latest edition of the the Association for Physical Education’s journal Physical Education and Sport Pedagogy. In it, she argues that gym teachers must incorporate topics such as sexism, body image, religion, socioeconomic status, and “motor elitism” into their lessons, PJ Media reports.

“If we are not including social justice education in our teacher education programs, then we are potentially perpetuating the problem,” she told the conservative website in an interview, adding that discussions of “power and privilege” are routine fixtures of her own classes. “Some simple things that teachers can do is to not call students ‘guys,’ to not segregate groups based on gender or race.”

“To divide students based on gender is not acceptable, nor do we want to make students be put into 2 binary boxes,” she went on. “There are children who do not identify as male or female, whether they are exploring their gender expression, are transgender, or genderqueer.”

Walton-Fisette argued that such a drastic change is necessary to spare gender-confused students stress and humiliation. PJ Media’s Toni Airaksinen noted that “many students often find gym class stressful or humiliating,” and suggested that the more traditional approach of “encouraging students to be resilient” might be healthier.

Walton-Fisette, however, was insistent that gym teachers who would rather stick to physical education “are perpetuating social inequalities and have the grave chance of causing more harm” by “choos[ing] not to teach about social justice issues.”

“[S]ilence puts you on the side of the oppressor,” Airaksinen’s piece summarized.

“So the correct response is to have girls compete directly with boys. That'll have no adverse effects on non-genderqueer-girls, I'm sure,” the popular conservative blog Ace of Spades HQ responded to the story. “They don't matter, of course. Only those with exotic niche self-definitions of gender should matter.”

Walton-Fisette also told PJ Media that team sports such as lacrosse and badminton should be discouraged for their competitive nature and “white-oriented” stigma, in favor of physical activities such as yoga, dance, hiking, biking, swimming, and rope-climbing. She added that she was working on an instructional booklet with “lessons and activities for a wide range of sociocultural issues.”

Social justice is nothing new at Kent State, where the LGBTQ Student Center’s “how to be an Ally” guide tells students not to “assume the sexual orientation of another person even when that person is married or in a committed relationship,” and where the Center for Student Involvement distributed a poster suggesting the message “you need Jesus” was an example of “hate speech.”

In April, the school hosted (but did not sponsor) an event in which a panelist argued that “Christianity, is in fact, a white man’s religion.”