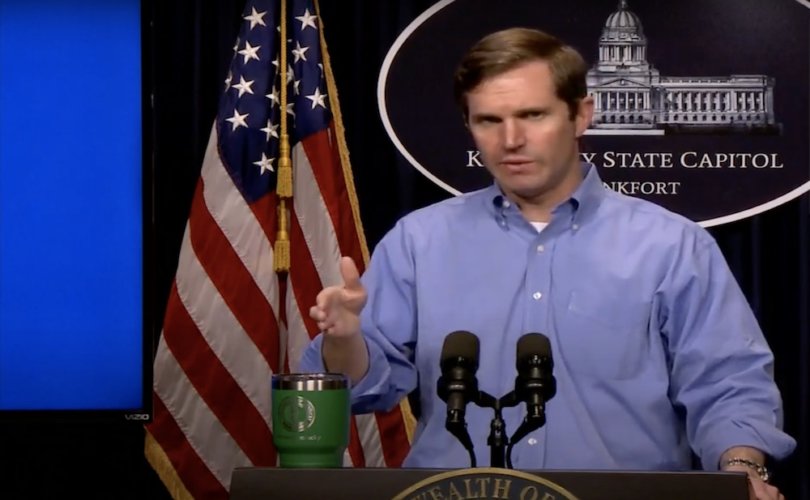 SB83 bars biological males from competing in girls’ and women’s athletic programs tied to both K-12 and collegiate education. It passed the state House 70-23 and the state Senate 26-9. Supporters of such legislation argue that indulging transgender athletes’ desire to compete as their “new gender” undermines the rational basis for having sex-specific athletics in the first place – the immutable physical differences between men and women – thereby depriving female athletes of recognition and professional or academic opportunities.

Beshear argued in his veto message that the legislation was unnecessary because the Kentucky High School Athletic Association’s (KHSAA’s) existing policy treats the issue with adequate nuance, allowing “sex-reassigned” student athletes to “compete in the reassigned gender” only if reassignment was undertaken before puberty, or if their post-puberty reassignment includes “surgical anatomical changes” and verifiable “hormonal therapy appropriate for the assigned sex” for a long enough time period to “minimize gender-related advantages.”

However, scientific research indicates that hormone suppression does not suffice to cancel out the physiological advantages enjoyed by male athletes.

Beshear’s veto does not spell defeat for the SB83, however, as Kentucky law allows the state legislature to override a governor’s veto with a simple majority vote.