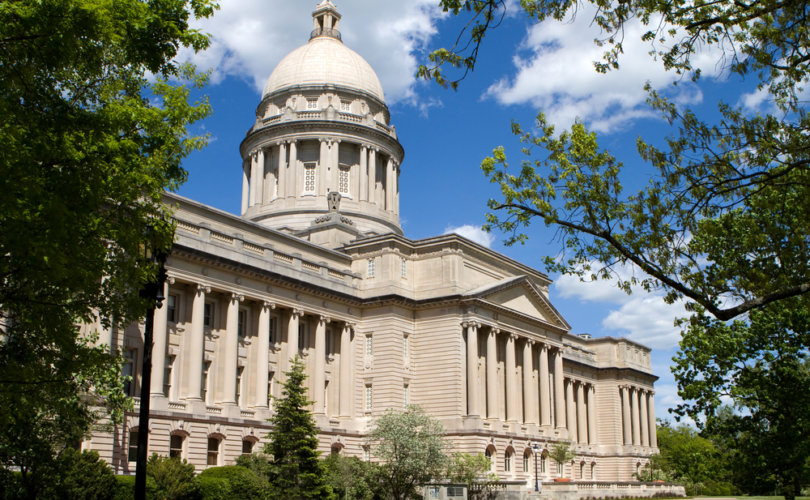 The Pain-Capable Unborn Child Protection Act (SB5) protects preborn babies from abortion from the time they can experience pain, at about 20 weeks or earlier. The only exception is if the mother's physical health is in danger. Similar bills are in effect in 15 states (Alabama, Arkansas, Georgia, Idaho, Kansas, Louisiana, Nebraska, North Dakota, Ohio, Oklahoma, South Carolina, South Dakota, Texas, West Virginia, and Wisconsin).

Another pro-life action, the Informed Consent bill (HB2), requires a mother to have an ultrasound before she has an abortion. Mothers are not required, however, to look at the ultrasound of their baby and they may choose to have the sound of their baby's heartbeat muted.

The pro-life legislation was among a total of seven bills passed by Kentucky lawmakers in a rare Saturday session. All seven were introduced on Tuesday, January 2, the first day of the 2017 regular session. All seven also were passed as soon as legally possible, five days after introduction.

Democrats decried fast-tracking the legislation, but Republicans say the bills long been proposed and have been vetted for years, only to be nixed by the former Democratic majority in the Kentucky House.

In another example of the importance of elections, pro-lifers now have super majorities in both the state House and Senate.

All seven bills also include an emergency provision, making them effective as soon as the governor approves them. Although he will have ceremonial signings for the press at a later date, Bevin put the new laws into effect Monday.

“We've done in five days more than typically gets done in any session,” Bevin said of the long-awaited Republican bills receiving priority over an opening session week usually used to organize legislators, assign committees, and elect chairmen and women.

The mass passage did not come without protest. One of the bills made Kentucky the country's 27th Right to Work state, banning unions from forcing workers to becoming members or to pay mandatory dues, and hundreds of union supporters shouted against the bill both inside and outside the state capitol building.

Other bills passed Saturday include full disclosure provisions requiring the retirement benefits packages of legislators be made public, a repeal of the state's special wage law for public works contractors, and abolishing the current Board of Trustees at the troubled University of Louisville.