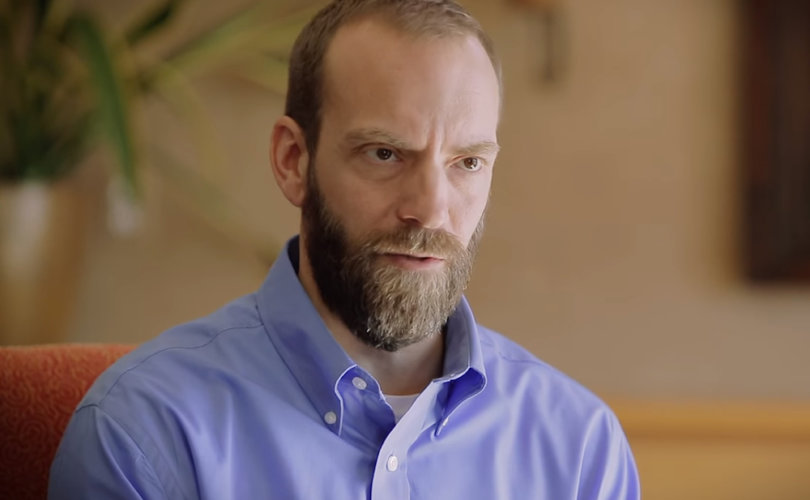 LEXINGTON, Kentucky, August 23, 2019 (LifeSiteNews) – The Christian owner of a Kentucky print shop who has spent years fighting for his right not to create “gay pride” T-shirts has taken his case to the state Supreme Court.

Blaine Adamson is the owner of Hands On Originals Christian Outfitters, a Lexington company that advertises “high quality, customized Christian apparel.” For the past several years, he has been fighting the Lexington Human Rights Commission over his polite refusal of the Gay and Lesbian Services Organization’s (now called the Pride Community Services Organization) request to print shirts for the Lexington Pride Festival.

The Kentucky Court of Appeals sided with Adamson in 2017, and the Kentucky Supreme Court heard oral arguments in the case Friday, NBC News reported.

“For the last seven years, the government has tried to punish me for declining to print a message that violated my conscience,” Adamson told the public outside the court chamber. “So far, the lower courts have upheld my freedom as a creative professional, and I’m hoping the Kentucky Supreme Court will uphold that freedom as well.”

“Blaine serves everyone; he just doesn’t print all messages. In fact, Blaine has printed materials for a lesbian musician who performed at Lexington’s 2012 Pride Festival,” said attorney Jim Campbell of Alliance Defending Freedom, which is representing Adamson. “It’s all about the message that Blaine is asked to print; he’s not concerned with the person who requests it. Upholding Blaine’s rights protects freedom of speech for everyone.

“That’s why he has received public support from lesbians who own a print shop in New Jersey and don’t want the government to force them to print messages they disagree with,” Campbell added.

Adamson has previously stressed that he happily serves and employs homosexuals; it’s the content of certain designs that’s at issue.

“We've had to turn down several jobs because of whatever the message may have been, even from customers whom we've worked with for years,” he said. “When they present a message that conflicts with my convictions, it's not something that I can print — that's the line for me.”

Over the past several years, LGBT activists have taken numerous Christian business owners across the country, from photographers to florists, to court in hopes of forcing them to create works celebrating homosexuality or participate in same-sex “wedding” ceremonies. The U.S. Supreme Court handed Colorado baker Jack Phillips a victory last year when it sided with him against the Colorado Civil Rights Commission, but similar lawsuits continue because the high court’s narrow ruling was about the anti-religious animus of state officials, and didn’t render a verdict on the core religious-liberty issues.