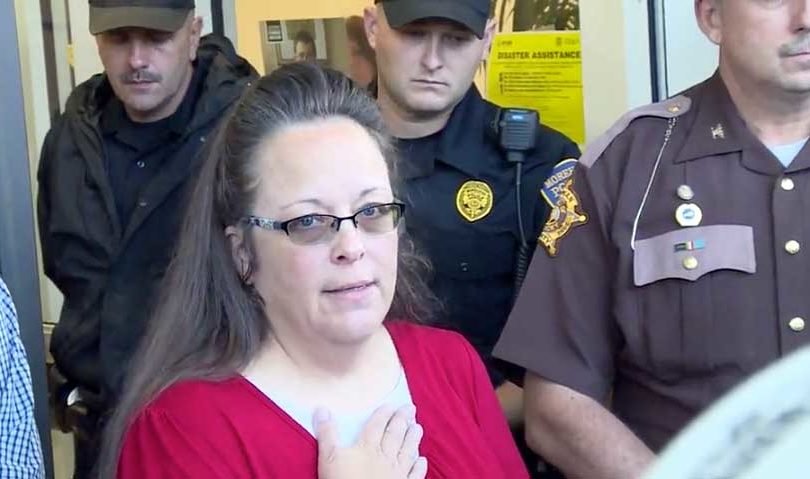 FRANKFORT, KY, November 9, 2015 (LifeSiteNews) – On December 8, Kentucky will have a new governor, and Kim Davis will have a chance to do her job without denying her faith. Governor-elect Matt Bevin has promised that he will change the state's marriage forms, removing the name of the county clerk entirely – the reform Davis had pleaded with state lawmakers to enact before spending five days in jail.

Davis, the clerk of Rowan County in eastern Kentucky, is a born again Christian who believes participating in a same-sex “marriage” would make her guilty of a major sin. Before the Supreme Court's Obergefell v. Hodges decision imposing gay “marriage” on every state in the country, Davis said she petitioned every elected state official in Kentucky to grant her a religious accommodation.

No one replied, she said – including the current Democratic governor, Steve Beshear, and Jack Conway, the Democratic candidate for governor in 2015.

Davis said she would not stop other employees from issuing marriage licenses to same-sex couples, but she wanted her name removed from the form, since it implied her personal consent.

But Gov. Beshear refused to accommodate her, ordering her to violate her sincerely held religious beliefs or lose her job.

When Kim Davis was released from jail on September 8, Matt Bevin was one of the people who visited her – along with Mike Huckabee and Ted Cruz.

Last Tuesday, Bevin became the third Republican governor of Kentucky in 50 years. He told Laura Ingraham that he owed his popularity to his principled stand supporting life and religious liberty for people like Kim Davis.

Speaking with reporters last Friday, Bevin said, “One thing I will take care of right away is we will remove the names of the county clerks from the marriage form.”

“We will take the names off those forms. We will do that by executive order. We will do it right out of the gate,” he added.

Bevin alluded to other politicians who said the forms could not be altered without legislative action. “The argument that that cannot be done is baloney. We've already changed those forms three times for crying out loud,” he said.

Davis sent word through her attorney that she was overjoyed at the development.

“Kim Davis and Liberty Counsel applaud Governor-elect Matt Bevin for his leadership in protecting the rights of conscience of all County Clerks,” said Mat Staver, the founder of Liberty Counsel, which directs its legal efforts to preserving religious liberty.

“It is refreshing to have someone with the integrity, character, and concern of Matt Bevin leading the Commonwealth of Kentucky. Gov. Steve Beshear could have resolved this marriage license issue a long time ago, but he chose to ignore the plea for help,” he said.

“Governor-elect Bevin's impending executive order is a welcome relief for Kim Davis and should be for everyone who cherishes religious freedom,” he concluded.