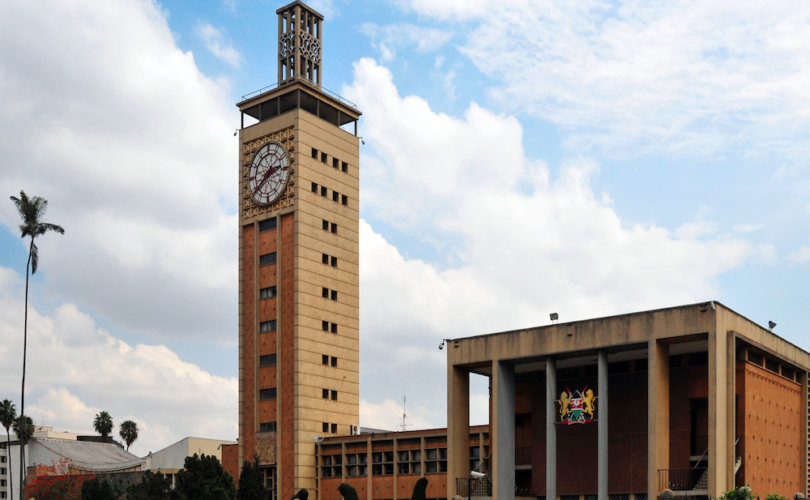 NAIROBI, Kenya (LifeSiteNews) – A cultural and political fight for the family continues in Kenya with attacks from both the West and the East as the country enforces laws prohibiting LGBTQ content in movies and warns women against an illegal and highly dangerous Chinese birth control pill.

Christopher Wambua, acting CEO of the Kenya Film Classification Board (KFCB), said in an interview on Friday that any film containing LGBTQ content is illegal in Kenya and cannot be marketed or broadcast within the country.

“As we rate and classify content,” Wambua said, “we also consider other applicable laws. If there is any content that normalizes, glorifies same-sex relationships, our position in Kenya has always been to restrict and not to broadcast, exhibit, or distribute that kind of content within the borders of the country.”

According to the KFCB, such films violate Article 165 of the Penal Code, which outlaws homosexuality, as well as the provisions of the Films and Stage Plays Act, Capp 222, of the laws of Kenya.

Just last year the KFCB restricted the film I am Samuel because of homosexual content. At the time the board said, “For the avoidance of doubt, restricted in this case means that the film is prohibited from exhibition, distribution, possession or broadcasting within the Republic of Kenya.”

Kenya’s continued refusal to bow to the LGBTQ agenda of entertainment companies comes as Disney promised this year to increase homosexual content in its children’s movies, despite a 45 percent decline in the company’s stocks amid parental opposition to its recent Lightyear film, which generated major controversy over a featured lesbian kiss scene.

But the attacks on the family are not just from the liberal West. Kenya’s Ministry of Health is also warning women against the use of an illegal Chinese contraceptive pill.

According to local news Citizen TV Kenya, “The Chinese oral contraceptive pill commonly known as Sophia was banned in Kenya 10 years ago but has made its way back into the market. The contraceptive was banned after the National Quality Control laboratory found it had abnormally high levels of the hormones levonorgestrel and quinestrol, the active ingredients in conventional contraceptive pills.”

According to the report, Kenya’s Pharmacy and Poisons Board found that, because of extremely excessive levels of hormones, the pill “poses the risk of heart disease and clots.” The board warned that “breastfeeding babies can also be exposed to the chemicals in the drug and carry the risk of developing secondary sexual features.”

Statement of Bishops of Kenya on Pope and Condoms Controversy