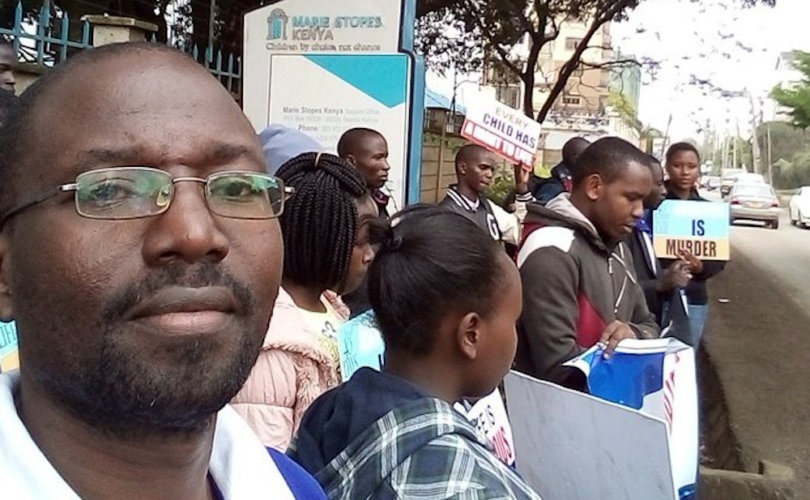 “This is ongoing despite the Kenya Film Classification Board placing a ban on all abortion advertisements,” wrote Daniel Yumba, chief executive officer of the country's Medical Practitioners and Dentists Board, in a letter.

“The said advertisements not only contravene the provisions of Article 26 of the Constitution of Kenya (2010) but they are also contrary to the Medical Practitioners and Dentists (Advertising) Rules, 2016,” he wrote.

This inquiry comes in the wake of a campaign by pro-lifers, including an online CitizenGOAfrica petition that gathered 5,180 signatures, to get the Kenyan government to stop the abortion clinic from advertising abortion and offering its services in Kenya.

“It is evident that the chain of clinics offers abortions even when this is illegal in a record 52 African countries out of 54,” claims the CitizenGO petition. “In Kenya, they have put on very suggestive adverts asking youths to give them a call in case they get pregnant as they 'have a solution to the pregnancy.'”

“Though cunningly crafted, Marie Stopes (is) advertising abortions and (is) known for (its) abortions and every time a woman gets into their clinic pregnant and with some little cash, they leave the clinic without their pregnancy,” claims the petition.

“Kenyan women and youth are now becoming a victim of the bloodthirsty clinics who are now even advertising abortions in the streets of Nairobi and other rural areas and are very angry that this is happening while it can be stopped,” it states.

Organizers of this petition are asking their country's equivalent of a health minister, Cabinet Secretary for Health Sicily Kariuki, to ban Marie Stopes from operating in Kenya. They also want the organization's managers to be brought to court on charges.

In September, the abortion giant was banned by the Kenya Film and Classification Board from running an ad promoting abortion on radio. According to the film board's chairman, Ezekiel Mutua, the ad was specifically targeting teenage girls and offering them “alternatives for unwanted or unplanned pregnancies.”

The board told Marie Stopes to pull the ad and issue a public apology for airing it without having submitted it for examination and classification.

It wasn't the first time Marie Stopes had been caught advertising illegal abortion services in Kenya. Last year, the organization ran Facebook ads telling women “even if your boyfriend refuses to take responsibility for your pregnancy, do not worry, we got you.”

In Kenya, abortion is illegal except in cases were the mother's life is deemed to be in danger.

Pro-lifers there are working and praying hard to ensure the sanctity of life in their country is respected. During the 40 Days for Life in Nairobi from September 26 to November 4, young people lined the street in front of the Marie Stopes headquarters in that country and prayed that, “with God's help, this will mark the beginning of the end of abortion in our city – and beyond.”

In October, pro-lifers in Kenya also sent thousands of letters to British Prime Minister Theresa May and High Commissioner to Kenya Nic Hailey, asking them to take back foreign aid money given by the British government for abortion in Kenya.