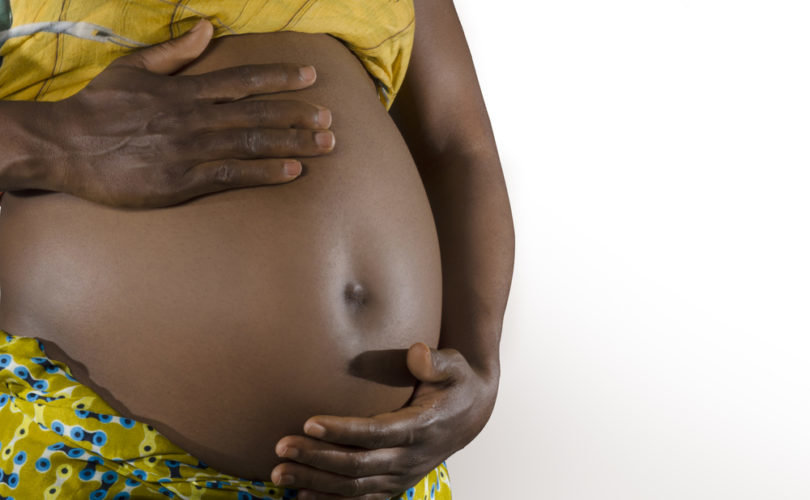 February 27, 2015 (C-Fam.org) — The Kenyan ambassador credited as one of the architects of the UN’s new development goals said the new goals cannot be successful without addressing the earliest stages of life—including before birth.

“If we don’t get the front end of development right, we won’t get the back end right either” according to Ambassador Macharia Kamau of Kenya. This involves programs and policies to help “children before they are born, children at birth, first five years of life, the youth,” he said.

The Kenyan ambassador made the surprising remarks last week during the latest round of negotiations for the new UN development agenda that Kamau is leading alongside the ambassador from Ireland. He was responding to Helen Hamlin, an endearing and popular advocate for the rights of older persons, herself in her nineties, who has been active at the UN for over two decades.

Hamlin said the new UN development agenda must place people at the center of development policies “from birth through childhood and youth to maturity to older age”, stopping short of mentioning children before they are born. Kamau corrected that omission, mentioning the need to look at the whole life cycle in order to make development work.

He explained, “the carry-over from emotional and mental difficulties, from diseases, from early death, will clearly have effect on people’s life expectations. So somehow we have to get this cycle right.” The nine months within the womb are a time widely recognized as pivotal to maternal and child health.

In particular, undernourishment during pregnancy and infancy is a leading cause of death and can permanently affect the physical and mental development of children, making it hard for them to rise out of poverty.

Kamau cautioned that an approach that takes into account the whole life cycle, without compartmentalizing development, remains a challenge.

“The life cycle, life course approach to development is something that we’ve been hearing bandied around as long as I can remember. And it’s true what you say, but somehow, we haven’t quite figured out the how of it, in many of our programs, whether they are international, multilateral programs or individual country programs.”

Kamau described himself as an “agnostic” when it comes to policies involving sexual and reproductive health, or reproductive rights, last year when the General Assembly agreed on 17 goals and 169 targets that will guide global development efforts for the next 15 years.

Explicitly recognizing the need to help children before they are born undermines abortion advocates’ argument that prior to birth children are not human beings deserving of protection.

Abortion advocates were able to include two mentions of “sexual and reproductive health” in the new development agenda, and one mention of “reproductive rights” despite concerns that they divert resources away from health infrastructure, especially for maternal and child health, and direct funding to fertility reduction policies and groups that promote abortion instead.

One of the principal challenges of the new development scheme will be to improve maternal and child health, one of the areas in which global efforts have fallen short. Maternal health is mentioned only once in the new sustainable development goals, even though it was a major focus of the Millennium Development Goals it is replacing.