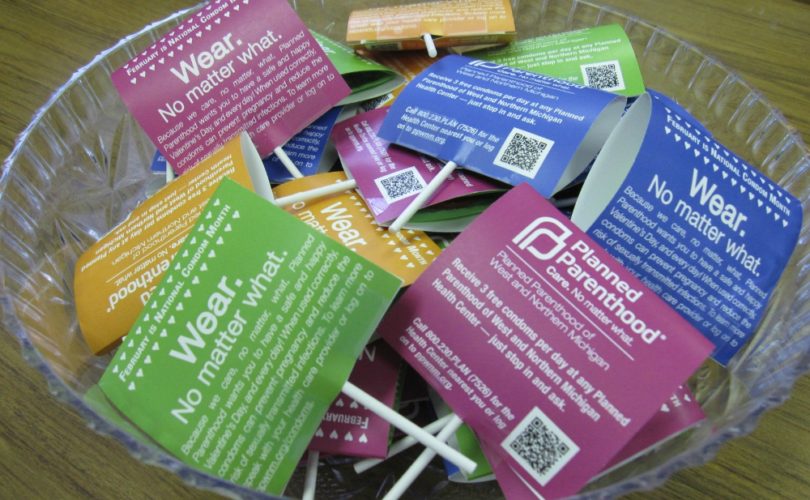 Note from the Editors: LifeSiteNews sent multiple emails to the Kakamega diocese of Bishop Joseph Obanyi, and the Nyahururu diocese of Bishop Joseph Mbatia, the two Kenyan bishops who signed the letter referenced in Michael Hitchborn's September 24 report, reprinted below, requesting confirmation that the bishops have endorsed condom use and asking why they have changed from their former position opposing condom use as contravening Catholic teaching. LifeSiteNews also sent emails to the secretary general of the Kenyan bishops with similar questions. LifeSiteNews has not to date received any response.

October 3, 2019 (Lepanto Institute) — The Conference of Catholic Bishops in Kenya (KCCB) has officially encouraged the use of condoms as means of preventing the spread of the Human Papilloma Virus. A July 2019 letter from the KCCB's Catholic Health Commission of Kenya (CHCK) was primarily written as a formal endorsement of the controversial Gardasil vaccine, but on page 5 of the 7-page letter is a list of “Other Modes of Prevention that have been adopted.” Third on the list is a statement regarding condom use:

Use of latex condoms every time during pregnancy every time during sexual intercourse. But keep in mind that HPV is spread through skin-to-skin contact — not through exchange of bodily fluids. This means that while condoms may not always prevent the spread of HPV, they could reduce your risk.

The letter is signed by Bishop Joseph Mbatia, Chairman of the KCCB's Catholic Health Commission of Kenya; Bishop Joseph Obanyi, vice-chairman of the CHCK, Doctors Bernhards Ogutu and Daniel Ochiel, both KCCB representatives to the Ministry of Health, and Jacinta Kathamu Mutegi, the Executive Secretary of CHCK. The entire KCCB letter can be read by clicking here.

The condom endorsement in this letter is a radical departure from the KCCB's staunch opposition last year to the use of condoms for any reason. In October of 2018, at a health conference on Mombasa, the bishops of Kenya strongly condemned the use of condoms. Speaking on behalf of the KCCB, Bishop Joseph Obanyi, whose name appears on the KCCB letter, said, “The use of condoms is immoral and is not one of the ways we would embrace in our campaigns.” He continued:

The church has its doctrines of what it teaches and it is the greatest advocator fighting against AIDs but the use of condoms is not part of the agenda of the church. The church is at the front line to see how we can reduce the spread of the disease … Condom [use] is not part of moral teaching and therefore, the church can never advocate for things that are not moral.

Given that the letter was sent by the Catholic Health Commission of Kenya on behalf of the bishops, it is entirely possible that the bishops never even reviewed the letter before it was sent. Jacinta Mutegi, the CHCK's Executive Secretary, is directly connected with several organizations that are heavily committed to the distribution of condoms. Mutegi's profile on LinkedIn shows that she is a member of the Board of Directors for the National AIDS Control Council (NACC) and a member of the Global Fund's Kenya Coordinating Mechanism (KCM).

In June of 2019, NACC produced a video regarding its own week-long advocacy work on HIV and AIDS in Meru National Polytechnic.

At 20 seconds into the video, NACC indicates that it “engaged youth in HIV and AIDS education, awareness and HIV testing.” Then, showing a photo of a condom demonstration at NACC's event, the caption says that “uptake of condoms within and outside the college was tremendous with over 246,000 male condoms and over 1,000 female condoms distributed.”

Another NACC video recommends at the 50 second mark that individuals using an antiretroviral drug called PEP should “continue using condoms with sex partners while taking PEP.”

That same month, NACC published a video that actually provides graphic instructions on how to use a condom. (WARNING, IMAGES ARE SEXUALLY GRAPHIC).

As indicated above, Jacinta Mutegi is also a member of the Global Fund's Kenya Coordinating Mechanism (KCM). As with NACC, there are multiple references to condoms on the KCM website, but the most telling is this KCM Oversight Field Visit Report from November 2018. In the report, Jacinta Mutegi is identified as a “KCM member and the leader of the oversight team.” Included in this report, which was intended to “ensure that resources, both financial and human, are being used efficiently and effectively for the benefit of the country's citizens,” was an overview of whether condoms and lubricants were provided in adequate amounts or not.

The point in illustrating Jacinta Mutegi's involvement with these two radically pro-condom organizations is to provide a possible explanation as to why the KCCB would appear to contradict itself by strongly condemning the promotion of condoms only to produce a document endorsing condom use less than a year later.

Despite the apparent contradiction between the recent letter and the bishops' condemnation of condom use in 2018, this isn't the first time controversy regarding the use of condoms has appeared in the Catholic Community in Kenya.

In March of 2015, the Lepanto Institute and the Population Research Institute published a joint study into Catholic Relief Services' federally funded project called “Support and Assistance to Indigenous Implementing Agencies” (SAIDIA). SAIDIA was a six-year project intended to “improve quality HIV care” for the people of Kenya. As the primary organization on the project, all programs implemented in it are the responsibility of CRS, and one of the programs we discovered was called Healthy Choices II, which was heavily involved in the promotion of all forms of contraception. One of CRS's implementing partners in this program was Caritas Nyeri, the development arm of the Archdiocese of Nyeri. On Caritas Nyeri's website was a brief summary of the SAIDIA project, identifying CRS as the financier of the project. The summary indicated that Caritas, through CRS's direction, was implementing Healthy Choices II, specifically identifying the inclusion of condom promotion.

As a result of our investigation, CRS engaged in an active attempt to cover up its promotion of condoms, even having the President's Emergency Plan for AIDS Relief (PEPFAR) change the public record to remove all traces of CRS's work in promoting condoms. You can read the full report here.

A year and a half later, the KCCB was roped into CRS's cover-up attempts. In October of 2016, CRS caught wind that Michael Hichborn was in Kenya conducting some investigations into CRS's activities. In a rush to discredit the forthcoming report, without having any clue as to what was contained in it, CRS obtained two identical letters of support from African bishops' conferences; one from the Catholic Conference of the Democratic Republic of Congo, and the other from the KCCB. LifeSiteNews reported on the letters showing that the KCCB gave a blanket statement that “the work of CRS has always been faithful to Catholic teaching and supports the Gospel of Jesus Christ.”

Given the fact that the KCCB's Catholic Health Commission of Kenya has now released a letter endorsing condom use (in direct contravention with KCCB bishops' condemnations of condoms), and the fact that the CHCK's Executive Secretary, Jacinta Mutegi, is intimately involved with two agencies heavily committed to the spread of condoms, it is becoming increasingly clear that the right hand is unaware of the left hand's activities. At the very least, it casts a serious shadow over its endorsement of Catholic Relief Services and calls to question what else may be taking place without the bishops' knowledge.

The Lepanto Institute is urging faithful Catholics in Kenya to contact the KCCB and their local bishops to ask them to swiftly condemn the condom promotion in this letter and to thoroughly investigate why this letter was allowed to be published to begin with.