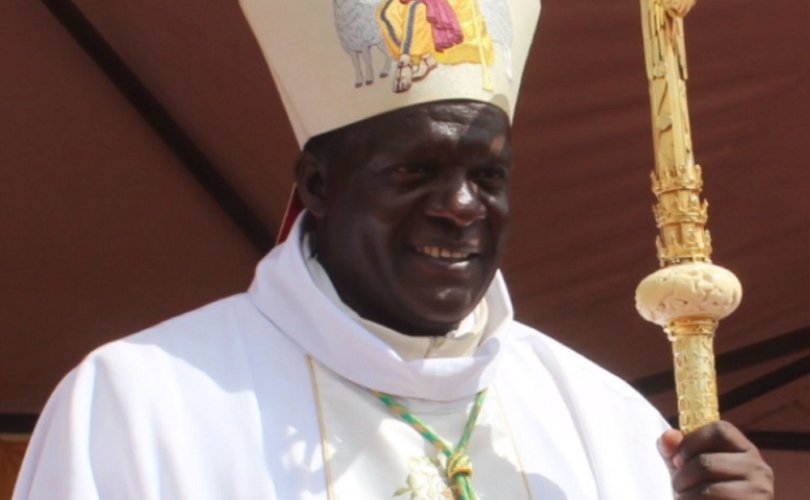 NAIROBI, October 16, 2019 (LifeSiteNews) — The Catholic bishops of Kenya issued a statement disavowing a letter issued in July of this year that endorsed the use of condoms in order to prevent the spread of HIV and other sexually transmitted infections.

In a report that appeared earlier this month on LifeSiteNews, the Catholic Health Commission of Kenya (CHCK) of the Kenyan Conference of Catholic Bishops (KCCB) had issued a letter that endorsed the controversial Gardasil vaccine for the human papillomavirus (HPV), as well as the use of condoms during pregnancy “every time during sexual intercourse.” It noted that because HPV is spread through skin contact, condoms “may not always prevent” its spread but supposedly reduce the risk of infection.

The July 5 letter was signed by Jacinta Mutegi, who serves as CHCK executive secretary. Bishop Joseph Mbatia, chairman of the KCCB's Catholic Health Commission of Kenya; Bishop Joseph Obanyi, vice chairman of the CHCK; Doctors Bernhards Ogutu and Daniel Ochiel, both of whom represent the KCCB to Kenya’s Ministry of Health; and Mutegi were listed as contributors.

It was in response to a concern voiced by a lay Catholic that the Kenyan bishops issued a retraction on September 30. In a statement titled “Disclaimer: erroneously signed document on HPV prevention not official KCCB position,” the bishops disavowed any suggestions that they “support use of condoms as one of the ways in the fight against sexually transmitted infections, including HIV and HPV infections.”

The retraction went on to say that the July 5 document had been “erroneously signed [but was] quickly recalled once the mistake was noticed and a proper one signed and issued to the partners of KCCB.” The bishops stated that they regret that the “version” of the original letter is being quoted as an “authoritative document of the Bishops.”

Jacinta Mutegi remains as CHCK executive secretary, despite her apparent departure from Catholic teaching about the use of condoms for contraceptive purposes. Having served on the CHCK board since 2012, Mutegi remains involved in several other organizations that spread the use of condoms. Her LinkedIn profile shows that she is a member of the Board of Directors of Kenya’s National AIDS Control Council (NACC) and a member of the Global Fund's Kenya Coordinating Mechanism (KCM). The Global Fund to Fight AIDS, Tuberculosis and Malaria receives billions of dollars from the government of the United States and other countries, as well as the Bill and Melinda Gates Foundation and other private sources.

The July 5 letter from the Kenyan bishops was at odds with their previous statements about condoms. In 2018, for instance, the bishops strongly condemned condom use. On behalf of the KCCB, Bishop Joseph Obanyi, whose name appears on the July 5 letter, said at a conference in Mombasa, “The use of condoms is immoral and is not one of the ways we would embrace in our campaigns.” Bishop Obanyi said that while the church is the “greatest advocator” in the fight against AIDS, the “use of condoms is not part of the agenda of the Church[.] … Condom [use] is not part of moral teaching and therefore, the Church can never advocate for things that are not moral.”

This is not the first time that Catholic authorities have been questioned over funding of activities in Kenya apparently at odds with the teachings of the Church. In 2015, LifeSiteNews reported that Catholic Relief Services (the charitable arm of the U.S. Conference of Catholic Bishops) took funds to implement Kenyan AIDS relief programs for children that promoted abortifacients and condoms. The CRS programs were funded by the President’s Emergency Plan for AIDS Relief (PEPFAR). CRS later denied the accusations.

Full text of the Kenyan Catholic bishops found below:

The Kenya Conference of Catholic Bishops:

(KCCB) wishes to address the concern that a document originating from the KCCB's Catholkic Health Commission of Kenya, and erroneously signed by the relevant authorities in the Commission, suggests the Bishops support use of condoms as one of the ways in the fight against sexually transmitted infections, including HIV and HPV infections.

The line quoted in the documented was presented to an audience in the broader context of modes of prevention that have been adopted” globally. It was not meant for authentication by the Church.

The Catholkic Bishops in Kenya have never, have not and are not changing their position that abstinence for young people and sex within a marriage are the two ways to ensure minimal STI and HIV infection spread. The Church continues to encourage moral ways of prevention of diseases and condom use is not one of these means.

The document circulating in the internet was erroneously signed (but was) quickly recalled once the mistake was noticed and a proper one signed and issued to the partners of KCCB. We regret that the version erroneously signed, sent out but immediately recalled is being quoted as an authoritative document of the Bishops.

We remind all Catholics, our partners and whoever is interested in the position of the Church regarding ways of preventing HIV and other infections that we have several documents available in our office countrywide stating the appropriate method of protecting oneself from the HIV and other related virus. Praying for you and all people of God.