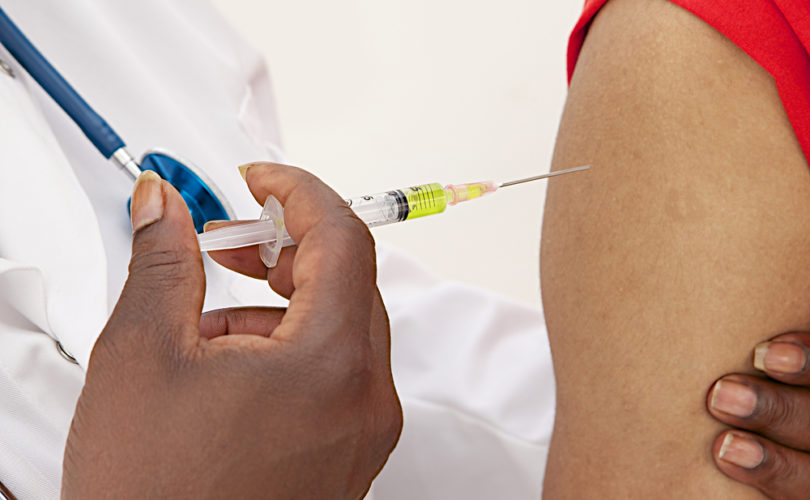 Despite test results showing a vast majority of samples from anti-tetanus vaccines are free of a suspected sterilizing agent, Kenya’s Catholic bishops and doctors are still not satisfied that a joint UN-government vaccination campaign in progress isn’t a sterilization drive in disguise.

Dr. Wahome Ngare, a spokesman for the Kenyan Catholic Doctors Association, told LifeSiteNews that the Catholic Church would be testing future mass vaccinations “so they will not poison our people in the future.”

However, Matercare International’s Dr. Robert Walley, who helped alert the world to the bishops’ concerns last fall, now believes their fears are groundless. He told LifeSiteNews that the Kenyan bishops and Catholic doctors “got confused, I think, by the reports from Mexico and India about sterilization campaigns,” and by the unusual (five-shot) form of the vaccine campaign.

After consulting his own contacts in the disease-control field, he believes the peculiarities of this campaign are explicable and laudable, intended as they are to provide permanent immunization against tetanus. Moreover, the early tests run on the vaccine samples supplied by the Catholic bishops found amounts of HCG far too small to sterilize women, he says.

Earlier this week the first results of tests commissioned by Kenya’s Parliament and monitored by a joint committee of Catholic and government doctors reported that only three of 59 vials of vaccine contained the HCG antigen the bishops claim is intended to sterilize the women injected with it. More results from Germany are pending.

Local news media and the Catholic Information Service for Africa reported this as if it resolved the controversial issue that has divided the Catholic Church, which operates 50-plus hospitals in Kenya along with several medical schools, from the government.

But on Wednesday the Kenya Conference of Catholic Bishops issued a 19-point statement questioning the test claims and laying out its reasons to “insist that no further mass tetanus vaccination campaigns should be undertaken in Kenya before the vaccines have been appropriately tested and proven to be safe.”

Signed by the chairman of the conference, Cardinal John Njue, it contends:

Dr. Ngare, who had earlier warned that the government might skew the joint tests with samples that did not come from the suspected WHO campaign, now says that is just what happened.  “The normal vaccine used in hospitals is not the problem. People can take that safely,” he told LifeSiteNews.

But since late in 2013, the government has been conducting a mass vaccination scheme aimed at 2.3 million women and girls of child-bearing age, using a special vaccine from WHO and UNICEF. Its stated goal is to provide, over five injections in two years, permanent immunization to tetanus for the recipient and any children they bear.

Because of the unusual number of injections, the targeting of fertile women and the security around the vaccine, Kenya’s bishops and Catholic doctors grew concerned last year that what was really going on was mass sterilization, such as American pro-life organizations like Human Life International claimed had been conducted in South America and Mexico in the 1990s.

The Catholics obtained the UN vaccine surreptitiously and submitted it for testing, pretending the samples were from the blood of pregnant women. These tested positive for HCG but the tests turned out to have been the wrong kind of tests for a vaccine.

Now, though three of nine of the Church’s samples test positive for HCG using the correct methodology, “a joint team of experts from the Catholic Church in Kenya and ministry of health have declared the controversial tetanus vaccine safe.” The three exceptions are being retested to see if they have been contaminated.

CISA’s report also contradicts a key contention of the bishops, that their samples alone came from the WHO vaccination campaign. “The other 50 samples were obtained from the field,” states CISA, “ and central store with batch numbers corresponding to the ones with KCCB.”

The joint tests appear to have failed in their goal of restoring government-church relations and, instead, have hardened their division. “We don’t see why anyone should be surprised,” Dr. Ngare told LifeSiteNews. “They did it in South America.”

Dr. Ahmed Kalebi, director of the Lancet Kenya laboratory, is watching the dispute with regret. “They are all my good friends on both sides. Now they are rubbishing each other.” Dr. Kalebi believes the tests clear the WHO vaccine, and that the three outliers may have been contaminated. But he also believes that the government should have responded openly from the first to the Church’s concerns about the vaccine. “Everybody has a right to know everything about these things which affect their lives.”

Dr. Walley’s Matercare has released a statement that notes the rumours about mass sterilization go back “to the development of contraceptive vaccines back in the 1970s-80s, by WHO,”  but adds that it never went beyond a Phase 1 trial.” A feminist backlash halted further development under WHO, the report claims.

Nonetheless alarms were sounded in India, Central and South America and Africa in the 1990s over sterilization vaccines being used, but testing found no evidence, according to Matercare’s statement.

The Matercare statement also argues that “WHO and UNICEF are intensively regulated organisations mandated to improve the physical and social well-being of women and children throughout the world…[who are] therefore, unlikely to be involved in giving a contraceptive vaccine disguised as a tetanus vaccine. This would amount to a gross violation of human rights.”

The statement concludes by recommending that WHO randomly test all future vaccination schemes to allay public concern.