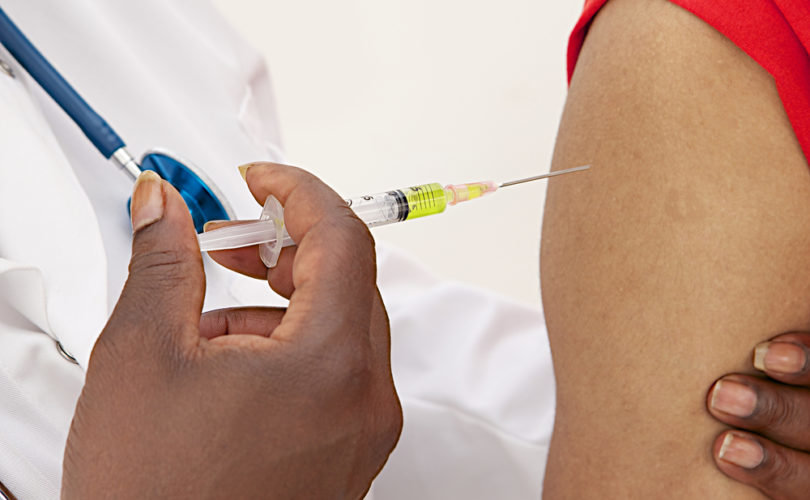 The need in Kenya for properly conducted tests on the controversial UN tetanus vaccine has become all the more pressing with the discovery that most of the positive tests that Catholic doctors claim show the presence of a sterilizing antigen are questionable.

Even early supporters of the bishops such as Dr. Robert Walley of Newfoundland-based Matercare International, which operates a hospital in Kenya, now say the tests submitted by the country’s Catholic bishops and doctors to the National Assembly were wrongly conducted and prove nothing.

“The bishops did the responsible thing in raising their concerns,” Dr. Walley told LifeSiteNews. “But I have checked with experts in Australia and America and confirmed the information the Catholic doctors put out was not right.” Dr. Walley was one of the first to alert the international community to the Kenyan Catholic Church’s concerns.

Dr. Ahmed Kalebi, director of the Lancet Kenya laboratory, which did one of the tests for the alleged sterilizing antigen, HCG, for the Kenyan Catholic Doctors Association and the Catholic bishops, last week reported the bishops and doctors had completely misinterpreted the test results.

“Unfortunately,” Dr. Kalebi told LifeSiteNews, “looking at the results we got, which have not been influenced by any external forces in anyway, I have to inform that that analysis doesn’t show or support presence of HCG on the samples we run.”

The sterilizing agent the Catholics believed had been found in the anti-tetanus vaccine provided by WHO and UNICEF and aimed at 2.3 million Kenyan women is Human Chorionic Gonadotropin or HCG. It is a hormone women produce during pregnancy essential to its progress.

But when injected into a non-pregnant woman, she develops antibodies to it as she would to small amounts of tetanus. Once pregnant, her body produces enough of the anti-HCG antibody to destroy the HCG hormone from her own body and abort the pregnancy. A finding just above 5 IU/ml would indicate a week or two since conception. After six weeks any amount from 15,000 to 200,000 IU/ml would be appropriate.

But last week Dr. Kalebi told LifeSiteNews by email that after reporting his own lab results did not show HCG present in vaccine samples provided by the Catholic Church, he then checked with the five other labs in Kenya and South Africa where the bishops sent samples, with similar results and a single notable exception.

Dr. Kalebi said that all the tests the labs conducted were designed to check for pregnancy and were not sensitive enough to accurately detect HCG in the trace amounts it would be found in the vaccine, which was the real source of the samples.

Moreover, Dr. Walley says that amounts of HCG that are too small to be detected by the pregnancy tests are also too small to trigger the vaccine recipients’ bodies to produce the antibody.

The pregnancy tests are not calibrated for amounts under 5 IU /ml and apart from the findings from Pathcare, none of the labs found HCG above or even near 5 IU/ml.

But Dr. Wahome Ngare of the Catholic Doctors Association, while acknowledging the mistake, insists the tests still show a positive result. “The tests and equipment used was calibrated for human serum and not vaccine testing. In this regard, the results are technically invalid and cannot stand in a court of law,” he told LifeSiteNews last week. “They however raise suspicion that the vaccine is laced with HCG, more so the results of Pathcare that were way above the lab cut-off.”

However, a second pathologist from the Lancet Lab, Dr. Ruchika Kohli, told LifeSiteNews there was no way to interpret the results as anything but negative. Lancet and some of the other labs also compared the samples to distilled water. The distilled water “gave a reading higher than that of the vaccine sample.”

Even the Pathcare results are contentious. The test report, of which LifeSiteNews has secured a copy, was submitted October 22 by Dr. Stephen Karanja, the president of the Kenyan Catholic Doctors’ Association, as blood serum from fictitious female patient named K.A. Compund, “age unknown.”  The test reported 130 IU/ml. While Dr. Ngare cites this as evidence of HCG’s presence, Dr. Kalebi sees it as a reason to check for contamination.

The fact that standard pregnancy tests are simply not sensitive enough to detect trace elements of HCG leads both the Catholic Doctors Association and Dr. Kalebi to the conclusion that more exacting and appropriate tests must be done on the vaccine. Last week the Kenyan National Assembly agreed, ordering joint tests involving the government and the Catholic doctors.

Dr. Ngare said the details of these tests are being worked out, and he hoped within a week that they would begin. Meanwhile keeping a watchful eye on the results will be the Kenyan Conference of Catholic Bishops. As spokeswoman Jacinta Mutegi told LifeSiteNews, “For KCCB, our focus is firstly on the current tetanus vaccine issue. There is the next campaign scheduled for March 2015 and October 2015 and we want to ensure the safety of Kenyans.”

Ever since the Kenyan government began administering the TT (for tetanus toxoid) vaccine in a series of five injections last year, the Catholic bishops and doctors staffing the Church’s far-flung medical system have suspected it was a disguised sterilization campaign like ones that World Health Organization and other UN agencies have been accused of waging in the Philippines, Nicaragua and Mexico in the 1990s.

The ongoing drive by United Nations agencies such as WHO and the World Bank in suppressing fertility is reinforced by such documents as a UN report on an August 1992 meeting at its world headquarters in Geneva of 10 scientists from “Australia, Europe, India and the U.S.A” and 10 “women’s health advocates” from around the world, to discuss the use of “fertility regulating vaccines.” It describes the “anti-Human Chorionic Gonadotropin vaccine” as the most advanced.

But Dr. Walley says that WHO abandoned its own program for testing and producing  HCG-based sterilizing vaccine in the 1990s because of external pressure. Independent testing continued in India, however, resulting in a persistent suspicion in developing countries that the UN was persisting in its efforts to reduce population growth there.

“The bishops were right in advising women to avoid the anti-tetanus vaccine because the pastoral care of their people is their primary concern,” said Dr. Walley. “Now there should be independent testing by a reputable laboratory to establish what is in the vaccine once and for all, and allay all concerns. Otherwise people won’t get vaccinated and some will die. The Kenyan government is creating a team of experts to supervise such tests.”

Though news media in Kenya continue to frame the debate as one pitting faith against science, Dr. Walley notes that “the Catholic Church is one of the largest providers of health care in Kenya. They have 54 hospitals there. The newspapers and the government depend on them.”