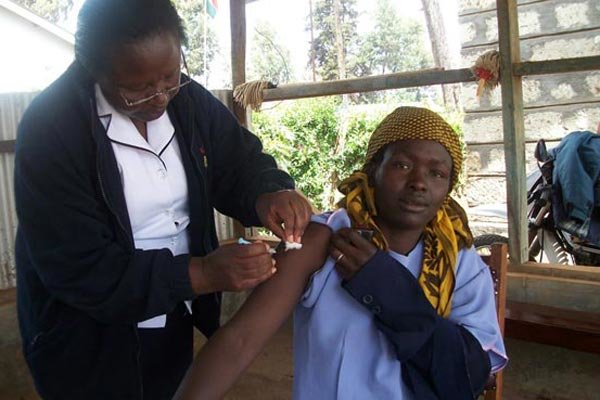 The health committee of Kenya’s National Assembly has ordered an independent inquiry into the Catholic Church’s claims that a national anti-tetanus vaccination campaign is covering for a sterilization scheme aimed at suppressing the country’s population.

The news comes as health ministry officials have called for professional discipline against Dr. Stephen Karanja, head of Kenyan Catholic Doctors Association, who raised the alarm about the vaccine.

At the same time, a teacher’s union has called for a boycott of the vaccination campaign until Catholic claims are disproven.

The Health Ministry, which is conducting the five-injection, two-year vaccination project on female Kenyans aged 14-49, and the vaccine’s supplier, the World Health Organization, deny the claims of the Church, which has called all along for an independent inquiry.

Robert Pukose, the government MP who is vice-chairman of the National Assembly’s health committee, explained, “We are at loss about who to believe since both sides have tabled conflicting results. That is why we need new tests conducted jointly for us to give final and conclusive results,” according to the Nairobi Standard.

The inquiry will consist of submitting vaccine samples to a committee of Catholic, government, and independent medical experts. What they will be looking for are traces of HCG, a female hormone produced during pregnancy, which if injected along with traces of tetanus, will produce antibodies. And just as these antibodies will react to a real tetanus infection, so will they react to a pregnancy, causing a miscarriage.

The Health Ministry submitted its test results on the tetanus vaccine to the committee last week, showing no trace of HCG.

This week the Catholic bishops’ doctors presented their own test results, all of which showed traces of HCG. Karanja told the committee, “The hormone, Beta HCG, is neither a byproduct of, nor a component required for, the manufacture of the tetanus vaccine. It being part of the vaccine is nothing short of a scheme to forcefully render our women incapable of bearing children.”

The Health Ministry’s Immunization Technical Group, Dr. Collins Tabu, challenged the validity of the Catholic doctors’ test results, asking, “Were the samples sent to the labs indeed vaccines? Were they sent in their primary containers and what was the condition of storage? What types of tests were run on them?”

Unless the tests were done at either of two specialized government labs, they could not be valid, he added.

But the Kenyan Catholic doctors have told LifeSiteNews via email that the government won’t let anyone get samples of the vaccine for tests—the ones used had to be obtained surreptitiously by devout Catholics. All along the doctors wanted to conduct tests jointly with the government but could not get co-operation.

Dr. Karanja also told the committee the tests were simple and could be conducted at any lab. Dr. Pukose further undermined Tabu’s argument, noting that both the Health Ministry and the Catholics had submitted results from the Lancet Kenya lab—with contradictory findings.

Meanwhile Akello Misori, secretary general of the Kenya Union of Post Primary Education (Kuppet), advised women to avoid the tetanus shots, stating that Kenya needed many children to provide jobs for teachers. “A generation will come when we will not have children to teach. We will, therefore, end up with no jobs,” he said.

One big reason for the Church’s concern is that the vaccines are provided by the World Health Organization and UNICEF, two United Nations organizations with a documented involvement in developing a sterilization vaccine using the HCG hormone as an antigen.

Karanja’s colleague Dr. Wahome Ngare told LifeSiteNews,  “WHO conducted massive vaccinations campaigns using the tetanus vaccine laced with HCG in Mexico in 1993 and Nicaragua and Philippines in 1994.” The opposition of the Catholic Church stopped those drives.

“What is downright immoral and evil,” said Ngare, “is that the tetanus laced with HCG was given as a fertility-regulating vaccine without disclosing its contraceptive effect to the girls and the mothers. As far as they were concerned, they had gone for an innocent injection to prevent neonatal tetanus.”

LifeSiteNews asked WHO’s Kenyan representative, Dr. Custodia Mandlhate, if she denies claims the same kind of campaign is going on in Kenya. She replied, “ I am sure you will agree with me that this is an unnecessary controversy like many others related other vaccine preventable diseases, and which consequences has been the delays in eradication and elimination of these diseases in the countries of the African Region.” The fight against polio, especially, she told LifeSiteNews, had been impaired by “unnecessary pro-life arguments.”

The National Assembly’s Dr. Pukose issued a stern warning after announcing the joint investigation, saying, “Those found to have been misleading Kenyans, whether it is the experts advising the Catholic Church or the Ministry of Health, will be held individually accountable. Playing with the safety and health of Kenyans is a criminal matter.”