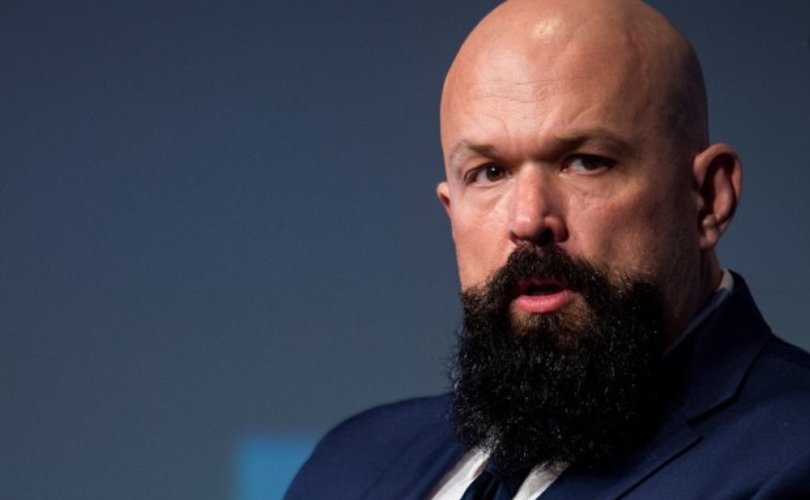 April 20, 2018 (LifeSiteNews) – Two weeks after being fired from The Atlantic, conservative writer Kevin Williamson has explained his side of the story, including an elaboration on the abortion remarks cited as the reason for his termination.

Last month, Williamson left his longtime home at the conservative National Review to take a position at the more liberal magazine. Left-wing critics immediately denounced The Atlantic for hiring him, chiefly citing 2014 tweets in which Williamson suggested “hanging” women who have abortions, because “the law should treat abortion like any other homicide.”

Editor-in-chief Jeffrey Goldberg initially stood by Williamson, but reversed course and fired him after the left-wing Media Matters unearthed a podcast in which Williamson defended the comments. “I’m kind of squishy on capital punishment in general,” he said, but “I’m absolutely willing to see abortion treated like a regular homicide under the criminal code.”

Goldberg said that the podcast confirmed Williamson’s original tweets were “not merely an impulsive, decontextualized, heat-of-the-moment post, but rather an accurate sample of his “carefully considered views,” and that The Atlantic could not tolerate his “callous and violent” language.

On Friday, the Wall Street Journal published an essay in which Williamson clarified the intention and meaning of his abortion comments. “I’m not eager to be any sort of executioner,” he wrote. “I am one of what I suspect is a very small number of American journalists to have seen a hanging (a lynching in India), and that kind of violence is worth taking seriously.”

“I had responded to a familiar pro-abortion argument: that pro-lifers should not be taken seriously in our claim that abortion is the willful taking of an innocent human life unless we are ready to punish women who get abortions with long prison sentences,” Williamson explained. Because it was “a silly argument,” he wrote, he decided to respond in kind.

“Trollish and hostile? I’ll cop to that,” he continued, though he reiterated that he is “generally opposed to capital punishment” and was not actually advocating for executing women.

“I was making a point about the sloppy rhetoric of the abortion debate, not a public-policy recommendation,” Williamson said. “Such provocations can sometimes clarify the terms of a debate, but in this case, I obscured the more meaningful questions about abortion and sparked the sort of hysteria I’d meant to point out and mock.”

However, if “it is homicide, then we need to discuss more seriously what should be done to put an end to it.”

He also noted that as long as capital punishment is legal, he prefers methods like hanging only because he dislikes the state pretending that execution is something other than violence. The “involvement of the medical profession in the willful imposition of death is a perversion of its creed, whether in the matter of abortion or in the matter of executing criminals,” he said.

Throughout the piece, Williamson also covered a number of points others have made about the incident, that he was really fired due to the influence of “the rage-fueled tribalism of social media, especially Twitter,” on journalism, and The Atlantic’s willingness to employ left-wing writers despite inflammatory public statements, such as Ta-Nehisi Coates’ declaration that first responders who died in the September 11 terrorist attacks “were not human to me.”

Ultimately, William argued that the reaction to his comments revealed more about the pro-abortion movement than it did pro-lifers.

“For all the chatter today about diversity of viewpoint and the need for open discourse, there aren’t very many people on the pro-choice side, in my experience, who are ready to talk candidly about the reality of abortion,” he said.