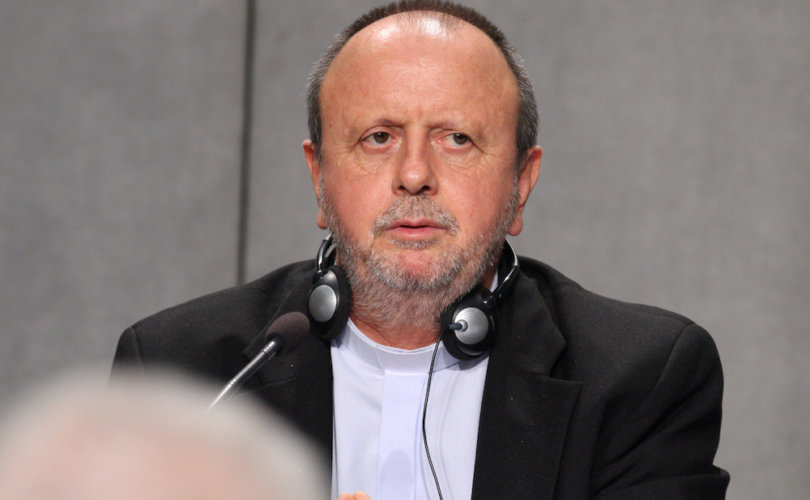 ROME, October 17, 2019 (LifeSiteNews) — A co-founding organization of REPAM, the ecclesial network responsible for the planning and execution of the Amazon Synod being held at the Vatican, has received over $2 million dollars from an American multi-billion-dollar, pro-abortion and pro-gender theory foundation, it emerged at today’s synod press briefing.

At the Oct. 17 presser, Edward Pentin of the National Catholic Register brought to the attention of Archbishop Roque Paloschi, of Porto Velho, Brazil, the findings of Brazilian journalist Bernardo Küster who has discovered that the CIMI (the Missionary Council of Indigenous Peoples) has “received significant funding from the Ford Foundation.” Archbishop Paloschi is president of the organization.

“It’s well known, especially in the United States, that the Ford Foundation is an overtly pro-abortion organization that also advocates gender ideology — both of which the Church strongly opposes,” the Vatican journalist said.

“CIMI’s local branch — the Indigenous Council of Roraima — has received $1.2m from 2006 until last year,” he added.

“Could you tell us, therefore, why your organization, which is also part of the Brazilian bishops’ conference, is accepting funding from such an organization? And is any of that funding being used to fund REPAM and therefore this Synod?,” Pentin asked the archsbishop.

In his response, Archbishop Paloschi did not deny receiving funding from the Ford Foundation, but instead acknowledged that “the figures are on the internet.”

Bypassing any mention of the moral problem of accepting funding from an overtly pro-abortion, pro-gender theory foundation, the archbishop’s response focused instead on the agency’s accountability to the Brazilian government. The CIMI accounts, he said, have been checked both “internally” and at the federal level.

He acknowledged that CIMI is “connected to the Brazilian bishops” and that they “don’t have any disagreement about working together but we do not exchange resources.”

Seemingly more concerned by the possibility of fraud than the moral corruption of accepting funds from a multi-billion-dollar pro-abortion foundation, the archbishop stressed that his “personal bank account” has already been checked by “a government commission.” He added that there have been “two parliamentary inquiries — at the regional and state level.”

The archbishop ended his remarks, saying that “no mistakes” were found and “no formal accusation was made.”

Fascinating question by @EdwardPentin about the Ford Foundation possibly underwriting the #AmazonSynod. The response is a word salad of deflection; essentially 'our accounting is just great!' Nice dodge. https://t.co/4lB9ga6Ob1