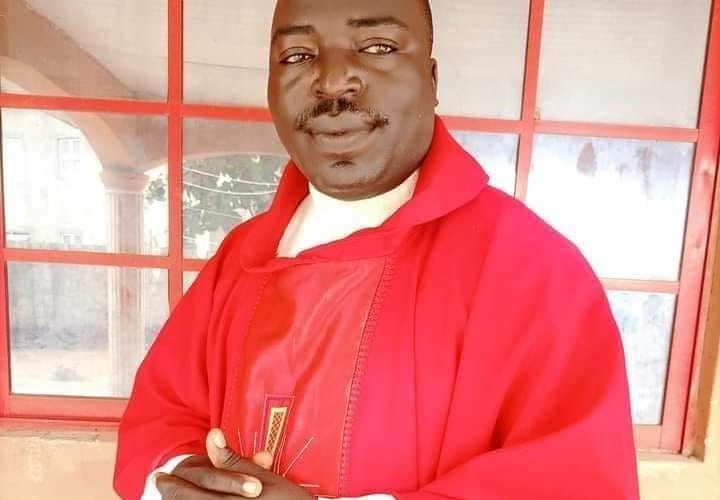 KAFANCHAN, Nigeria (LifeSiteNews) – The Diocese of Kafanchan in the ecclesiastical province of Kaduna  announced Tuesday that a priest of the diocese, Father John Mark Cheitnum, was killed by kidnappers on Friday.

Cheitnum was abducted alongside another diocesan priest, Father Denatus Cleopas, on the evening of July 15 as they attended a function at the rectory of the Christ the King Catholic Church in the town of Lere, in the north of the Kaduna province of Nigeria, Catholic News Agency reported Saturday.

In a statement shared with ACI Africa, diocesan chancellor Father Emmanuel Uchechukwu Okolo wrote that “it is with a deep sense of sorrow and pains that the Bishop, Clergy, Religious and Laity of the Diocese of Kafanchan announce the gruesome murder of Very Rev. Fr. John Mark Cheitnum.”

The diocese of Kafanchan, Nigeria, sorrowfully announces the death of Fr. John Mark Cheitnum who was kidnapped and Killed by his abductors on 15 July. Prayers are encouraged for the repose of his soul and for consolation for his immediate family.https://t.co/nEZJMKZb76

Okolo added that Cheitnum had been “brutally killed by his abductors on the same day of his abduction” but that his body “was later discovered already decomposing on Tuesday.”

No claim to the murder has yet been made public, or has the diocese announced any demand of ransom for the clerics. Okolo stated that Cheitnum is to be buried on Thursday, asking “for prayers for the repose of our dear brother Priest and God’s consolation on his immediate family.”

“May his soul and the souls of the faithful departed rest in peace,” Okolo implored on behalf of the slain pastor of St. James Fori Parish. Cheitnum had also served as dean of Kwoi Deanery and the coordinating chairman of the Christian Association of Nigeria in Southern Kaduna before his murder.

While Cleopas escaped with his life, Aid to the Church in Need stated that at least 18 other priests have been abducted in Nigeria since the beginning of the year, with five of those kidnapped in the first week of July, three of whom were slaughtered by their captors.

The risk associated with being a Catholic priest in Nigeria has escalated in recent years as Muslim terror groups, including the notorious Boko Haram, continue to commit atrocities against the Nigerian clergy.

On July 1, more than 700 priests gathered to protest the growing danger to their lives by Islamic terrorists and to mourn the loss of Father Vitus Borogo and Father Christopher Odia, who had both been murdered the week before.

The clerics peacefully protested the murders, holding placards that read “We Are Priests, Not Terrorists!!!” and “Anyone Who Killed Lost His/Her Right To Life!!!”

At least three churches in Nigeria suffered murderous terrorist attacks in the month of June resulting in more than 75 deaths and numerous kidnappings. On June 5 at St Francis Xavier Catholic Church in Owo in the state of Ondo, armed attackers slaughtered 40 worshippers and left 87 hospitalized.

A statement from the president said that “only fiends from the nether region could have conceived and carried out such a dastardly act, adding that eternal sorrow awaits them both on earth here, and ultimately in the hereafter.”

The brutal attack prompted Bishop Lucius Ugorji, president of the Catholic Bishops’ Conference of Nigeria, to condemn the “gruesome” murders, adding that “Nigeria is bleeding. Our land is soaked in blood, from north to south, east to west.”

Just two weeks later, a second attack was made during a Catholic Mass and a Baptist service where eight people were killed and 38 captured. The government has suggested that the terrorist group Islamic State West Africa Province (ISWAP) was responsible for the June 5 attack, though ISWAP has not claimed responsibility.

“We have been able to see the footprint of ISWAP in the horrendous attack in Owo and we are after them. Our security agencies are on their trail, and we will bring them to justice,” Interior Minister Ogbeni Rauf Aregbesola said at the time.