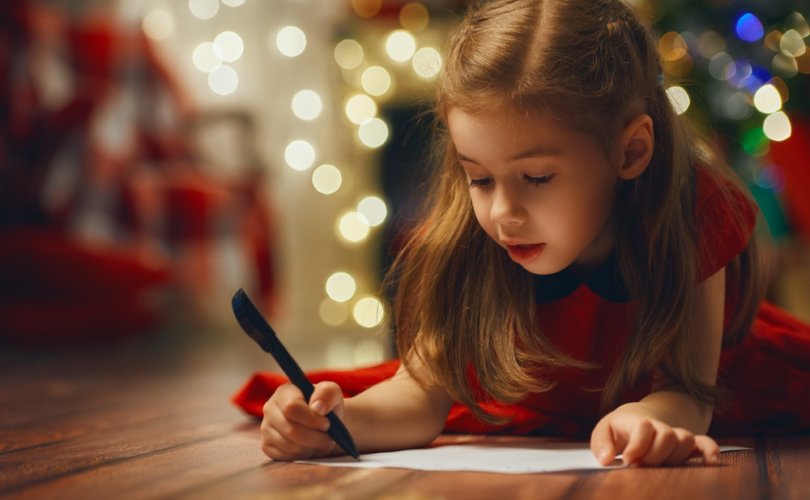 December 13, 2018 (LifeSiteNews) – Stanton Healthcare, a Boise, Idaho-based pro-life women’s clinic with affiliates across the country and internationally, announced today that it will bring letters from children across the United States to President Trump thanking him for implementing pro-life policies.

“During the 2019 March for Life and Roe v. Wade memorial in Washington, D.C., Stanton Healthcare is bringing young children to our nation’s capital whose lives have been saved from abortion,” said Brandi Swindell, Stanton’s Founder and CEO. “They will not be coming alone, however. They will be bringing thank you letters and cards to President Trump from children all across America thanking our President for his courageous stand for life and working to end abortion. Suddenly, abortion is no longer a political issue but an issue involving real children and their futures.”

The group believes this initiative, called “Thank U Mr. President,” will “change the narrative on abortion in our nation,” its website says.

“Our hope is to have a face-to-face (meeting) with President Trump and Vice President Pence” so that the children saved from abortion can hand-deliver the letters to him, Stanton board member Rev. Patrick Mahoney told LifeSiteNews in an exclusive interview.

“We constantly hear from pro-choice activists ‘(motherhood) will ruin your life,’” said Mahoney. “And now we have these mothers with their children – who are in high school, who are productive – their lives are not ruined. They’re celebrating their children. And I actually think that these children are perhaps the greatest witness toward overturning Roe.”

These children show “that abortion in America is not fundamentally political or judicial, but it’s personal … we wanna thank this administration for standing for life and start to have these children begin to speak.”

Children whose lives were not threatened by abortion, but who are still grateful to the Trump administration for adopting numerous pro-life policies, may still join the letter-writing campaign by sending Stanton letters or cards to be delivered to the president.

The pro-life policies President Trump has implemented include reinstating and expanding a ban on foreign aid to groups that commit or promote abortion; disqualifying groups that commit or promote abortions from receiving Title X family planning funds; overturning an Obama regulation that barred states from defunding Planned Parenthood, and issuing rules protecting Americans from being forced to subsidize abortion in government-mandated health insurance plans.

In 2017, Trump tweeted his support for Charlie Gard, an infant in the United Kingdom whose doctors were trying to remove him from life support against his parents’ wishes.

“If we can help little #CharlieGard, as per our friends in the U.K. and the Pope, we would be delighted to do so,” the president wrote.

A judge eventually ruled against allowing Charlie to live, even though his parents had raised more than $1.5 million to transfer him to the United States for experimental treatment for the rare mitochondrial disease from which he suffered.

Pence welcomed Charlie’s parents to the White House later that year, expressing his condolences for what happened to their son.

Mahoney said they were inspired to start collecting letters from children after a nine-year-old named Paulina wrote a letter to Stanton supporters thanking them for sustaining the ministry that saved her life.

“The mother felt coerced,” Mahoney explained. “The biological father brought physical pressure to her to get the abortion.”

With Stanton’s help, though, the mom chose life. Now, Paulina has a “beautiful life.”

Paulina and many other children were saved by the pro-life movement’s “compassionate acts of justice, mercy, and love, and we think it’s time their voice is heard,” said Mahoney.

“We believe these precious children will remind our nation what is really at stake through abortion and offer a positive way forward toward ending abortion and offering hope and healing to women who find themselves in unexpected pregnancies,” said Swindell.

More information about the campaign can be found at ThankUMrPresident.com.

Letters from children can be submitted online or mailed to: