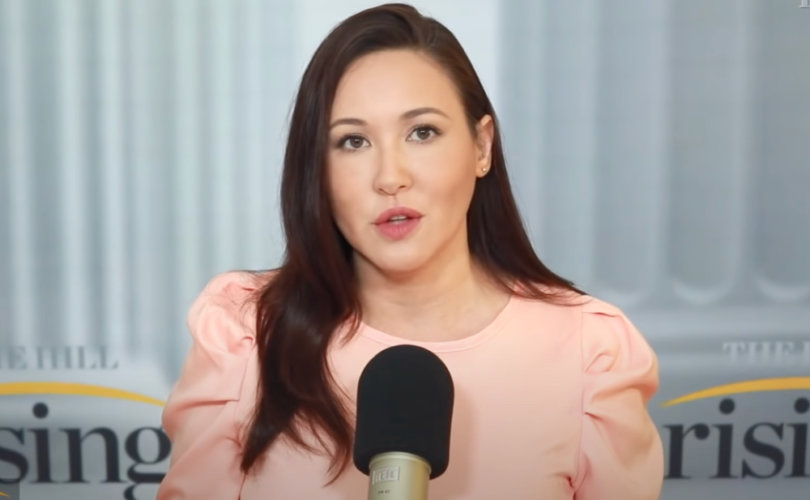 (Children’s Health Defense) – Is the panic surrounding the Omicron variant overblown? That’s the question journalist and political commentator Kim Iversen asked on the latest episode of The Hill’s “Rising.”

Iversen noted how after news outlets reported on the new variant, the stock market fell, countries closed down their borders and travel bans were placed on South African countries.

“Doctors treating Omicron patients in South Africa [are] saying the variant presents with such mild symptoms that the hype makes no sense,” said Iversen.

The chairwoman of the African Medical Association, which is currently monitoring patients who have the Omicron variant, said the variant “presents very mild disease … with no prominent symptoms” other than a “slight cough.”

“The fingers are being pointed at the under-vaccinated and the unvaccinated” in Africa, Iversen said. “The idea is that if the virus is able to spread unabated more variants will form.”

But what gives people the idea that Africa has high levels of spread, Iversen asked?

“People assume that because Africa has extremely low vaccination rates the virus must be running rampant on the continent,” she said.

While it’s true the continent has some of the lowest vaccination rates in the world, with only 6% fully vaccinated, the World Health Organization has consistently described Africa as “one of the least-affected regions in the world” in its weekly pandemic reports.

Despite extremely low spread and hospitalizations, Iversen explained, “the narrative that’s currently circulating is the reason we ended up with Omicron is because of poor vaccination rates in Africa.”

Some people blame the low vaccination rates in Africa on the pharmaceutical companies, because they won’t release their patents. They claim Big Pharma greed is what’s kept the world from gaining access to the “valuable vaccines.”

But the access narrative is not entirely true, Iversen argued. “A lot of people in Africa just don’t want the vaccine,” she said.

Two days before Omicron hit the news, Reuters reported that South Africa asked Johnson & Johnson and Pfizer to stop sending their COVID vaccines because people were not interested in taking them.

“[The South African Government] said there was too much hesitancy in the adult population and they had an overabundance of shots,” Iversen reported.

— Article continues below Petition —
HELP AUSTRALIANS restore their freedom by protesting outside the Australian High Commission - Dec. 4th - SA
Show Petition Text
366 have signed the petition.
Let's get to 1000!
Thank you for signing this petition!
Add your signature:
Show Petition Text

2) Please SIGN and SHARE this petition, directed to The Acting High Commissioner of Australia to South Africa, Ms Gita Kamath, asking her to:

LOCATIONS and PHONE NUMBERS of the Australian High Commission in South Africa (Pretoria), as well as their trade commission office in Johannesburg. [Please use the phone number to politely, but firmly object to the oppression of the people of Australia if you can't go to the protest in person.]:

South Africa isn’t the only African country unwilling to take the COVID vaccine.

According to a recent survey that looked at COVID vaccine acceptance across five West-African countries, researchers found trust is low and hesitancy is high.

Respondents also were not particularly worried about new variants or COVID more generally — 77% of respondents from the five African countries surveyed believed that over the next 6 months COVID will be “not serious or not at all serious” of a problem for their country.

According to a Reuters report, there were fears in the African Ivory Coast that vaccine doses would go unused. Reuters observed vaccine centers in “densely populated areas” with “health workers sitting idle with no patients.”