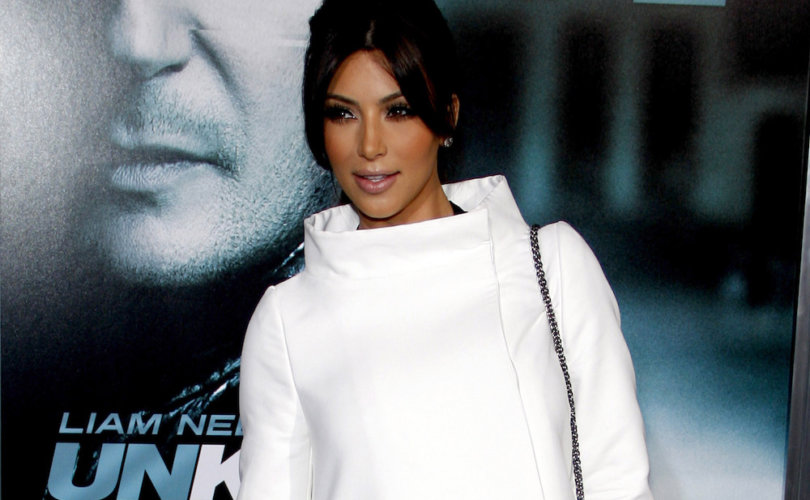 June 26, 2017 (LifeSiteNews) – Celebrity couple Kim Kardashian and Kanye West have reportedly paid around $115,000 to hire a surrogate to gestate their third child.

PEOPLE and other celebrity outlets broke the news.

Surrogacy involves using in-vitro fertilization (IVF) techniques to artificially implant human embryos into a woman's uterus. The embryos are usually not biologically related to her.

Surrogacy raises a host of bioethical issues. Unused or “unwanted” embryos created through IVF techniques are often destroyed, abandoned, or aborted. Biological parents have pressured surrogate moms to abort their babies; surrogacy contracts often contain abortion clauses that stipulate if the baby has a disability, he or she is to be aborted.

“Surrogates function as gestational carriers, carrying a pregnancy to delivery after having been implanted with an embryo. Since the surrogate usually has no biological relationship to the child, she has no legal claim and the surrogate’s name does not appear on the birth certificate,” the Center for Bioethics and Culture explains. “Surrogacy degrades a pregnancy to a service and a baby to a product.”

It lists as some of the ethical issues surrounding surrogacy: “the rights of the children produced; the ethical and practical ramifications of the further commodification of women’s bodies; without regulation, fraud committed by surrogacy companies cannot be prevented or prosecuted; the exploitation of poor and low income women desperate for money; the moral and ethical consequences of transforming a normal biological function of a woman’s body into a commercial transaction.”

Surrogacy separates sex from procreation. It also creates a situation in which a surrogate bonds with the baby she has carried for nine months that legally “belongs” to someone else – and the baby harmed by being separated from the only “mother” they've ever known.

The fertility industry is largely unregulated and faces criticism for its exploitation of economically disadvantaged women.

Kardashian has previously contemplated exploring surrogacy during an episode of Keeping Up With The Kardashians. She has health issues that would make another pregnancy dangerous.

Surrogacy can also involve using the surrogate's eggs or eggs belonging to a third woman rather than the wife of the father.