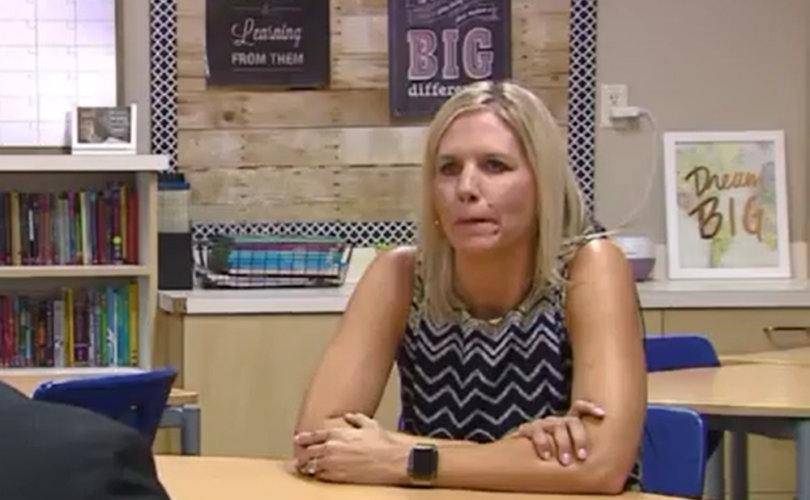 ROCKLIN, California, August 21, 2017 (LifeSiteNews) — A number of angry parents are considering legal action after a charter school kindergarten teacher staged what one critic calls a transgender “transition ceremony” in class for a five-year-old boy without informing parents beforehand.

But Rocklin Academy Schools has countered that it didn’t have to tell parents about the transgenderism lesson that has left a number of five-year-olds shaken and disturbed. Because gender identity isn’t sex education, the administration said, it's not subject to California’s parental consent and opt-out laws, reported Fox40News.

Moreover, with gender identity and gender expression prohibited grounds for discrimination in the state, not to accept a five-year-old “trans girl” could leave the Sacramento-area charter school board open to lawsuits.

Parents only found out what happened from their kids, says Jonathan Keller of the California Family Council, a Focus on the Family-founded group that’s advising parents.

Rocklin Academy Gateway’s kindergarten teacher gave the lesson on transgenderism because a boy in the class is transitioning to a girl, Keller told LifeSiteNews.

During the lesson on the second-to-last day before summer break, the teacher read two books, “I am Jazz” and “The Red Crayon,” that purport to explain “transgenderism” to children aged four to eight, Fox40News reported.

“I am Jazz” is particularly explicit, beginning “From the time she was two years old, Jazz knew that she had a girl’s brain in a boy’s body.”

But the “huge bombshell” was that the teacher didn’t just read the books but “essentially put on this more-or-less transition ceremony” for the child, says Keller.

After the teacher introduced the five-year-old student to the class as a boy, he then went into the bathroom and emerged dressed as a girl.

The teacher then reintroduced “her” to the children, explaining “she” was now a “girl” who now had a girl’s name and was to be called that from now on.

“There were several of the little girls that went to their parents and were crying and saying, ‘mommy or daddy, am I going to turn into a boy?’”

And a boy who hadn’t given “gender” a single thought before is now asking his mother if he can dress as a girl for school, added Keller.

Responding to backlash from parents, principal Jillayne Antoon sent out a letter a week later that did not mention transgenderism, reported Fox40News.

Nor did it mention the transition ceremony or the teacher presenting the boy as a girl to his five-year-old classmates.

Antoon maintained the books were “age appropriate” and that the school’s non-discrimination policy “protects all students, including on the basis of gender, gender identity and gender expression.”

The teacher, however, never sought approval from the administration before using the books, according to Fox40News.

The board has now adopted the policy that books outside the curriculum have to be approved.

LifeSiteNews contacted the school board but did not hear back by deadline.

No opt out or parental consent for gender issues: law

District Superintendent Robin Stout told Fox40News that parents were not notified because kids can’t opt out of gender identity and expression lessons.

The school board also held a special session on the matter on July 31, which included a presentation on California law by Young, Minney & Corr law firm that echoed Stout’s assertions.

According to that presentation, since January 2016, state law allows parents to only opt their children out of sex education.

“Diversity and tolerance curricula are not ‘sex education,’” it emphasized.

“California law explicitly provides that ‘instruction or materials that discuss gender, sexual orientation, or family life and do not discuss human reproductive organs and their functions’ are not subject to the parental notice and opt-out laws.’”

Moreover, a student has the “right to self-identify” and “a right to the use of his or her preferred pronoun at school and in class.”

To not comply intentionally with this is “considered gender identity harassment,” the law firm asserted.

Michelle Cretella, president of the American College of Pediatricians, has denounced “institutions that promote transition affirmation” as engaging in “nothing less than institutionalized child abuse” that can inflict “untold psychological damage.”

“All children should be told the truth that sex does not ever change and cannot be changed,” Cretella told LifeSiteNews in an email.

A number of families have decided to pull their children from the school, Keller says. Parents are also circulating a petition asking for parental notification before controversial material is brought up in class.

“It’s such an egregious case, we’re trying to figure out what can be done, from the legal perspective, the legislative perspective, or at the very least at the local level,” Keller said.

What happened at Rocklin Academy, he said, is another instance of the “growing effort in Western democracies to try to fracture the relationship between parents and their children, and to make children wards of the state.”