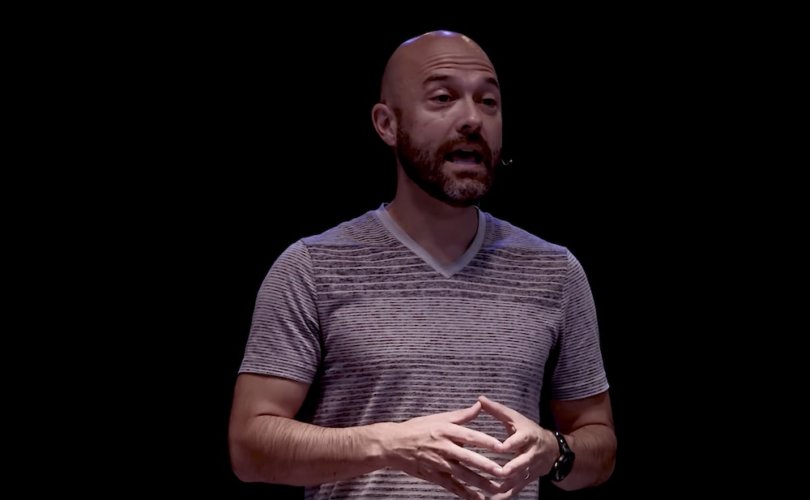 July 29, 2019 (LifeSiteNews) – Joshua Harris, the author of the Christian self-help bestseller I Kissed Dating Goodbye, recently announced that he is both divorcing his wife and no longer considers himself a Christian, in the process apologizing to “the LGBTQ+ community” for having previously espoused a traditional Christian sexual ethic.

The book’s publishers bill I Kissed Dating Goodbye as presenting a “call to sincere love, real purity, and purposeful singleness” while providing “solid, biblical alternatives to society's norm.” In the book, Harris advocated a more courtship-like model of forming relationships, including greater involvement of both partner’s parents and getting to know potential spouses in group settings.

Harris has come under fire over the years for several aspects of the book, and in a statement on his website says he no longer stands by everything he wrote. “I now think dating can be a healthy part of a person developing relationally and learning the qualities that matter most in a partner,” he says. “There are other weaknesses too: in an effort to set a high standard, the book emphasized practices (not dating, not kissing before marriage) and concepts (giving your heart away) that are not in the Bible.”

Last week, Harris and his wife of 21 years, Shannon, announced their separation due to “some significant changes have taken place in both of us” in recent years, and on Friday he announced an even bigger series of changes.

“I have undergone a massive shift in regard to my faith in Jesus,” he said. “By all the measurements that I have for defining a Christian, I am not a Christian. Many people tell me that there is a different way to practice faith and I want to remain open to this, but I’m not there now.” He didn’t elaborate on the drivers of this shift, but went on to echo several common secular-progressive grievances about Christianity.

⁣⁣⁣⁣”I have lived in repentance for the past several years — repenting of my self-righteousness, my fear-based approach to life, the teaching of my books, my views of women in the church, and my approach to parenting to name a few,” Harris declared. “But I specifically want to add to this list now: to the LGBTQ+ community, I want to say that I am sorry for the views that I taught in my books and as a pastor regarding sexuality. I regret standing against marriage equality, for not affirming you and your place in the church, and for any ways that my writing and speaking contributed to a culture of exclusion and bigotry.”

The American Conservative’s Rod Dreher highlighted an interview Harris gave to Sojourners earlier this month, which appears to shed light on his transformation. There, Harris says that as he grapples with the “sex positive” trend in which the “historical sexual ethic related to sex outside of marriage, related to homosexuality, is basically laid aside,” he finds it “almost easier” to “contemplate throwing out all of Christianity than it is to keeping Christianity and adapting it in these different ways.”

“What’s really interesting about that interview is that it’s about the inability to reconcile the historic, Biblical Christian faith with the Sexual Revolution,” Dreher responded. He added that he has “incomparably more respect for Harris for walking away from the faith entirely” than he does for those who distort Scripture to fit their sexual ideology, because “if you can make the Bible say that the Sexual Revolution is ordained by God, then you can make it say just about anything.”

“Besides being a warning about dangers of Evangelicalism Inc.'s celebrity culture, these incidents also serve as a warning about how Satan prowls about like a roaring lion ‘seeking whom he may devour,’” PJ Media’s Paula Bolyard concluded. “Make no mistake: The prince of this world revels over each and every one of these stories,” which are “more visible because these celebrities have millions of followers and a huge platform from which to proclaim and celebrate their sins and apostasies — and to receive the praise of men when they choose the world over Christ.”