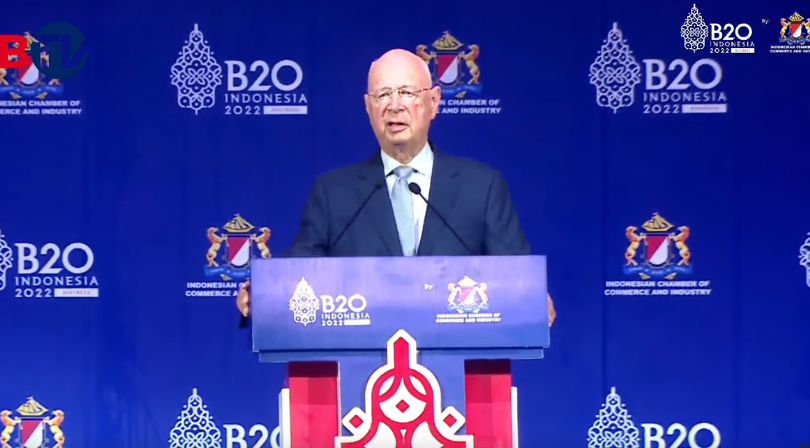 BALI, Indonesia (LifeSiteNews) — Klaus Schwab kicked off this year’s B-20 meeting in Indonesia Monday by calling for a wholesale “restructuring” of the world’s economic, political, social, and ecological systems.

During his call for a global overhaul, Schwab – a German economist who serves as chairman of the World Economic Forum – said the restructuring will not only take “several years” to accomplish, but will likely include suffering for ordinary people.

“If you look at all the challenges, we can speak about a multi-crisis, an economic, political, social, ecological and institutional crisis. But actually, what we have to confront is a deep systemic — and structural — restructuring of our world. And this will take some time. And the world will look differently after we have gone through this transition process,” he said.

1. “What we have to confront is a deep systemic and structural restructuring of our world, and the world will look differently after we have gone through this transition process (Great Reset)” – Klaus Schwab B20 Summit Indonesia 2022 Opening Remarks 14.11.2022. pic.twitter.com/H7AL0uCQXN

The B-20 is a gathering of business movers and shakers that acts as the official sister organization of the G-20. The G-20 is an international consortium of the world’s largest economies. This year’s B-20 conference features remarks from Schwab but also Twitter owner Elon Musk, Amazon CEO Jeff Bezos, and other global players, some of whom attended virtually.

Echoing themes from other speeches he’s given about the so-called fourth industrial revolution, Schwab told business leaders that they have arrived at “the inflection point” and that there needs to be a particular focus on technology, energy, the re-reshaping of supply chains, and holding accountable those who pollute the environment.

“If you restructure a company, you write off the costs and, of course, the shareholders are suffering,” Schwab said during his keynote address, Harnessing the Power of Innovation for Future Economic Growth. “If you restructure an economy, the result is a reduction of income — of disposable income — which can lead to extensive social tensions, which we see in our world.”

Schwab also asserted that there exists a great need for private enterprise and public governments to work more closely together, and that the world needs to move toward a “multi-polar” political landscape that ensures businesses adhere to “stakeholder capitalism.”

Schwab touched on transhumanist themes as well, heralding the internet and “the metaverse” as positive advances that have altered mankind.

“Technology will change completely what we are doing at this present time, and not only what we are doing, it will have an impact even on who we are. Just look at how even the internet has changed to a certain extent our identities over the last 20 years,” he said.

“Technological innovation doesn’t deal with one or two innovations,” he also remarked. “It’s a whole panoply of technologies which interact, and which will compete and change how we produce, how we consumer, how we communicate.”

Schwab has long been the target of criticism for meddling in international affairs and pushing for a new world order. During COVID-19, Schwab, 84, was a leading voice for vaccine mandates and lockdowns. He has groomed a large number of influential politicians, including Canada’s Prime Minister Justin Trudeau, through his Young Global Leaders Program. And as chairman and founder of the World Economic Forum — the group behind the “Great Reset” agenda — he is able to exert an enormous amount of pressure on international bodies and nation states.