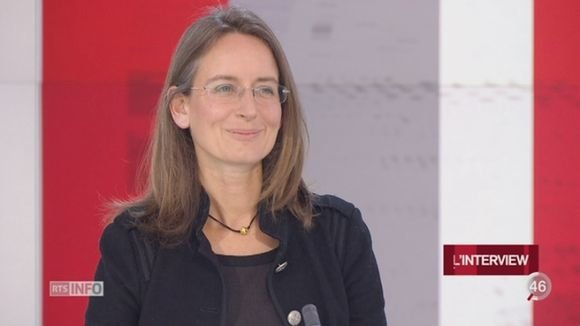 (LifeSiteNews) — Nicole Schwab, the daughter of World Economic Forum chairman Klaus Schwab, says global efforts need to be directed at climate change to further the implementation of the “Great Reset.”

“This crisis has shown us that things can change very rapidly when we put our minds to it … clearly, the system … that we had before is not sustainable,” Schwab said during a roundtable discussion in 2020 that recently went “viral” on social media.

“So I see it as a tremendous opportunity to really have this Great Reset and to use these huge flows of money, to use the increased levers that policymakers have today in a way that was not possible before to create a change that is not incremental, but that we can look back and we can say, ‘This is the moment where we really started to position nature at the core of the economy,” stated Schwab, whose father heads up the WEF, the organization behind the “Great Reset” agenda.

Getting into specifics, Schwab explains that “taking the point of view of business and economy,” society needs to start “looking at where are there opportunities to create jobs and regenerate nature,” such as in “regenerative agriculture.”

“One of the key reflection points here is also around engaging youth. And for me, again, I come back to this shift in mindset of the restoration generation,” said Schwab, while asking herself if we “as humans” can eventually “conceive of ourselves” under the framework of a “new humanity.”

Schwab answered her own question by stating that she thinks this “new” conception of “humanity” is where “we need to go,” and that she is “hopeful that it’s possible,” but it will require “a lot” of “political will, but also [a lot of will] in terms of the business actors to break with business as usual, but in a very serious way.”

“There are trade-offs, but this is our chance … because the shocks coming are going to be even worse if we don’t do it now,” she warned.

To those unfamiliar, the Great Reset is a radical socialist plan designed by global elites that “seeks to ‘push the reset button’ on the global economy” and establish a radical New World Order that seems to closely emulate many aspects of the Chinese Social Credit System.

In fact, Klaus Schwab himself has praised Chinese Communist leader Xi Jinping while admiring the so-called success his totalitarian regime has had in creating a “prosperous” society.

While the Great Reset extensively mentions the COVID pandemic and how the global elite have been able to capitalize on the so-called crisis to further their revolutionary agenda, climate change has also been a primary topic of interest for the group.

In an article penned by Klaus Schwab about the Great Reset, he makes similar statements to those of his daughter by mentioning how a focus on “sustainability” through the use of “environmental, social, and governance (ESG) metrics” is key to furthering his organization’s agenda.

ESG metrics, which allot a score to a company based on carbon footprint, political alignment, and the racial and sexual “diversity” of its staff, among other factors, have already been implemented in large corporations throughout the western world.

The Impact Investor also noted that, like something out of “China,” the people behind ESG scores are already working on scoring individual people as well as corporations, with everything from purchasing firearms, alcohol, clothing, and one’s political affiliation, being a potential relevant factor to one’s social ranking.

“The purpose behind each person being assigned an individual ESG score is to help reward actions that will help move the world towards sustainability,” the article explains.

“[T]here will come a time where too low of a score can result in denials for loans or services similar to the way credit scores currently function.”