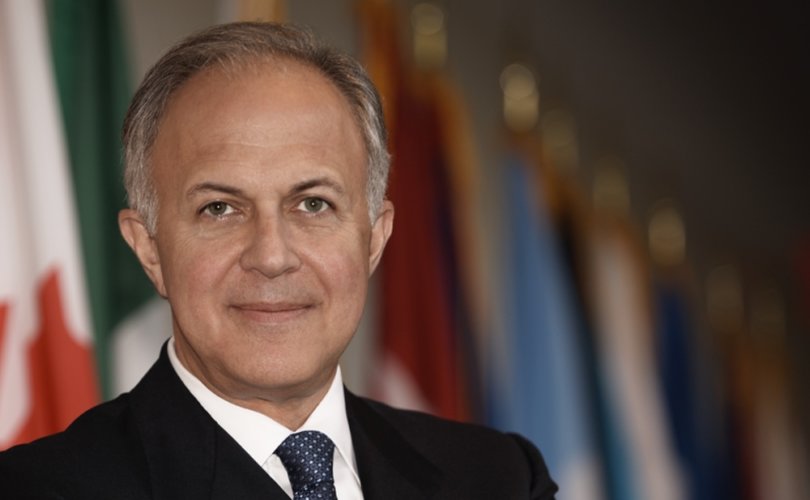 August 22, 2018 (LifeSiteNews) – After years of laity confessing to the clergy, “it is now time for [priests] to come clean about what they have done and what they have failed to do,” the head of the Knights of Columbus said of the torrent of sex abuse revelations and allegations rocking the U.S. Catholic Church.

Supreme Knight Carl Anderson wrote these words in a letter to Knights of Columbus chaplains and members, calling for “a full and complete investigation of sexual abuse led by an independent commission that includes laity” and “complete transparency by the Catholic hierarchy into all matters of criminal sexual misconduct past or future.”

“The issues that have come to light concerning sexual abuse by Archbishop Theodore McCarrick and in the Pennsylvania Grand Jury Report are cause for grave concern among Catholics and Brother Knights,” wrote Anderson. “Many feel deeply betrayed by those whom they long held in high regard.”

“It is clear that in addition to devastating criminal acts, we have seen many other moral failings by clergy that represent a crisis of commitment to the Gospel,” noted Anderson. He blasted the needs of victims being “subordinated to a distorted sense of mercy toward the perpetrators or an instinct for clerical self-preservation” and said criminal and non-criminal sexual acts by priests show “the need to recover a respect for and a renewed commitment to the priestly promises of celibacy.”

“Archbishop McCarrick and others at fault owe us a full account of their actions, motivations and cover-ups,” Anderson insisted. “After years of having us confess to them, it is now time for them to come clean about what they have done and what they have failed to do.”

Anderson said he supports a number of the “good ideas” that have been proposed for reforming the Church.

There must be “an expansion of the zero tolerance policy to include sexual activity or misconduct by clerics including bishops, and by seminarians,” he wrote. “There must also be an independent ethics hotline for reporting of criminal and other conduct at odds with Catholic teaching on the clerical state of life” along with “protections against retaliation.”

Anderson said the Knights will be arranging a national Novena of Masses for reparation and a national tour of a relic of the heart of St. John Vianney, the patron saint of parish priests.

He implored the Knights to invoke the intercession of the Blessed Virgin Mary “so that in the words of St. Maximilian Kolbe, our hearts would be cleansed and themselves become immaculate, similar and like unto her own heart.”