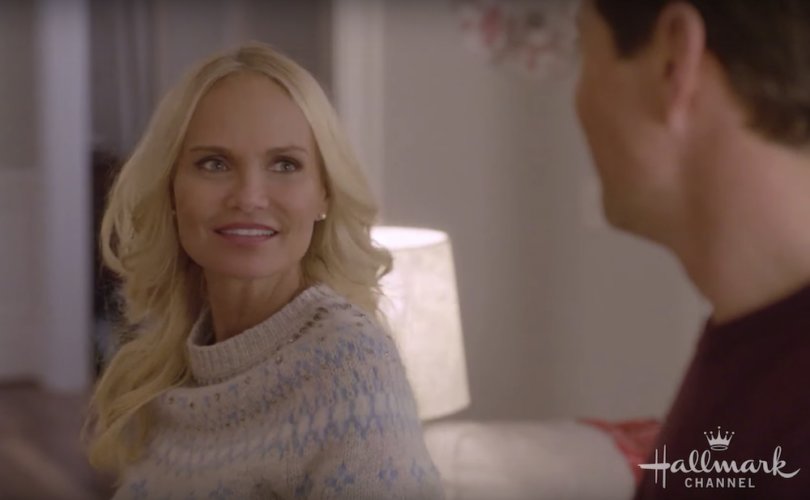 December 11, 2018 (LifeSiteNews) – Fealty to abortion-on-demand may be the norm in Hollywood, but actress Kristin Chenoweth stands as a stark contrast with her new Hallmark Christmas film’s affirmation of adoption, which was inspired in part by her own life story.

A Christmas Love Story, which stars Chenoweth, premiered on the Hallmark Channel on December 7. The Daily Wire reports that the actress attended a question and answer session the day before, during which she offered some insight into a scene of an adopted character’s first meeting with his or her biological mother.

“That scene happened to me. I am adopted and I had this virtually same conversation with my birth mom,” Chenoweth explained. “I remember [my birth mom] saying to me, ‘Can you ever forgive me?’ And I was like, ‘There’s nothing to forgive. You gave me such a great life. I got the right parents.’ Anyway, that scene is very special to me because we developed it around exactly what happened in my life.”

For years, the Hallmark Channel’s made-for-TV movies have been a source of wholesome comfort entertainment in contrast to Hollywood’s increasingly “woke” output, but that may be changing in the near future. Bill Abbott, CEO of Hallmark parent company Crown Media Family Networks, recently said the company is open to adding same-sex relationships to its films in the name of “broadening out the demographic.”

So far, LifeSiteNews’ petition urging the Hallmark Channel to maintain its traditional values instead of caving to the LGBT lobby has collected more than 39,000 signatures.