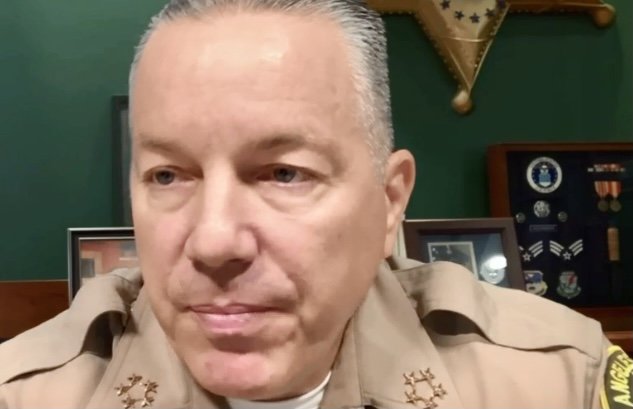 LOS ANGELES (LifeSiteNews) — Los Angeles County Sheriff Alex Villanueva will not force his deputies to get the COVID-19 jab, explaining Thursday in a video posted on social media that a significant percentage of employees would rather forfeit their jobs than get the shot.

“The issue has become so politicized,” he said.

“There are entire groups of employees that are willing to be fired and laid off rather than get vaccinated, so I don’t want to be in a position to lose 5 percent, 10 percent of my workforce overnight on a vaccine mandate while the same time we are bare bones with the defunding effort, so this is like the worst of two worlds,” he said.

LA Sheriff Villanueva says that he will not enforce a vaccine mandate, saying employees are willing to get fired over it. “I don’t want to be in a position to lose 5, 10% of my workforce overnight on a vaccine mandate.” pic.twitter.com/9DNJTeJUoY

As noted by Breitbart, it is unclear whether Villanueva will require deputies to be tested for COVID-19 if they choose not to take the injection.

Sheriff Villanueva has made no secret of his disagreement with radical political actions undertaken by the county in the past, and has declined to enforce previous coercive COVID-19 measures.

In July, the sheriff publicly announced that his deputies would not enforce the county’s mask mandate.

“Forcing the vaccinated and those who already contracted COVID-19 to wear masks indoors is not backed by science and contradicts the U.S. Centers for Disease Control and Prevention (CDC) guidelines,” he said in a statement.

The riots, and accompanying calls to “defund the police,” fueled the slashing of law enforcement budgets across the country last year, with the LASD also being hit with crippling cuts.

In the wake of the harsh cutbacks, Villanueva said “the underfunded/defunded Los Angeles County Sheriff’s Department will not expend our limited resources” on enforcing the county’s mask mandate.

Villanueva’s recent statement saying he would not force his deputies to get the shot runs counter to a pattern of sweeping COVID jab mandates enacted in California this year.

In July, Democrat Gov. Gavin Newsom — who has subjected California to some of the strictest COVID-19 lockdown measures in the nation — mandated state employees, healthcare workers, and workers in high-risk settings to get inoculated against COVID-19 or undergo frequent testing.

In a news release published July 26, Newsom announced that “state employees and healthcare workers must show proof of vaccination or get tested regularly,” while encouraging “all local governments and businesses to adopt similar measures.”

Many California businesses and local governments have followed suit, requiring employees to either show proof of vaccination or participate in weekly or bi-weekly testing.

Firefighters, law enforcement officers, and emergency response personnel have often been on the frontlines of COVID jab mandates, with some organizing to pursue legal action to defend their right to reject the shot while maintaining their jobs.

Last month, firefighters and police officers in Los Angeles joined together to demand freedom from forced inoculation in what they called a “monumental fight to preserve our liberties.”

The combined efforts of LAFD and LAPD personnel came after an L.A. fire captain’s passionate video denouncing vaccine mandates as “tyranny” went viral in August, triggering an “investigation” into the captain for his controversial statements made while in uniform.

Together, the police and firefighters’ groups retained a lawyer to help them take legal action against a COVID-19 injection mandate for all city employees enacted by Mayor Eric Garcetti.

The mandate, affecting some 60,000 police deputies, firefighters, and others, required all city employees who had not gotten a medical or religious exemption to become “fully vaccinated” by October 5.

As of September 15, reports suggested upwards of 11% of L.A. city employees planned to apply for exemptions, the LAPD representing roughly half of those seeking to opt out.

It is unclear how many have thus far been successful in their applications, or how many will be forced to resign or face termination for failing to get the shot.

Los Angeles has since enacted more COVID-19 injection mandates, requiring vaccine passports for private citizens to access most public spaces within the city.

On Wednesday, the Los Angeles City Council voted to approve a vaccine passport scheme for the city.

Considered one of the strictest vaccine mandates in the country, the ordinance will force Angelinos to show proof of COVID-19 vaccination to gain entry to a range of public places, including indoor restaurants, bars, gyms, and salons.

Residents will not be required to show vaccine passports to access pharmacies and grocery stores.

The vaccine passport ordinance is set to take effect November 4.