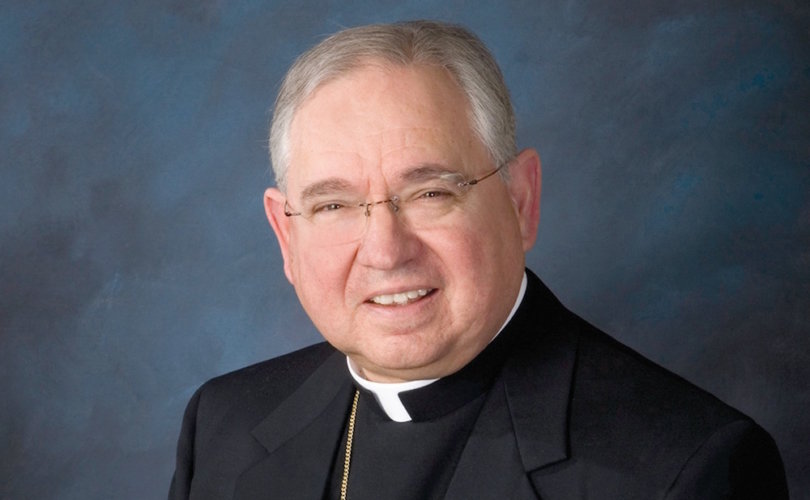 Advocates of the “seamless garment” approach to moral issues and social justice, promoted by the late Cardinal Joseph Bernardin, often use it to suggest a moral equivalency between issues like abortion, poverty, and immigration.

“The hard truth is that not all injustices in the world are ‘equal,’” wrote Gomez. “We can understand this perhaps better about issues in the past than we can with issues in the present. For instance, we would never want to describe slavery as just one of several problems in 18th-century and 19th-century American life.”

“There are indeed ‘lesser’ evils,” Gomez continued. “But that means there are also ‘greater’ evils — evils that are more serious than others and even some evils that are so grave that Christians are called to address them as a primary duty.”

“Any approach that essentially tolerates abortion and euthanasia or puts these issues on a par with others, not only betrays the beautiful vision of the Church’s social teaching, but also weakens the credibility of the Church’s witness in our society.”

Abortion and euthanasia “stand alone” “among the evils and injustices in American life in 2016,” Gomez wrote, because each is a “direct, personal attack on innocent and vulnerable human life.”

Conflating abortion and euthanasia with social problems and broader justice issues “can lead to a kind of moral relativism that renders serious social issues as more or less equivalent,” Gomez warned.

In recent years, several U.S. bishops have sought to downplay the moral weight of issues like abortion and same-sex “marriage” compared to issues the Catholic Church teaches are social problems rather than intrinsically evil.

At the 2015 fall meeting of U.S. Catholic bishops, Bishop Robert McElroy said that the bishops’ election guide Forming Consciences for Faithful Citizenship did not accurately reflect the priorities of Pope Francis because of the document’s emphasis on abortion and euthanasia rather than poverty and the environment.

Archbishop Blase Cupich, who Pope Francis appointed as the Archbishop of Chicago, wrote in August 2015 that unemployment and hunger are just as appalling as the destruction of innocent children in the womb.

Gomez wrote that the Church must confront the “culture of death” mentality of which Pope Francis and previous popes have spoken.

Quoting Pope Francis, Gomez argued that the issues of abortion, assisted suicide, research on embryonic humans, government-mandated contraception, and the death penalty are the “great challenge for the Church’s social witness in our society.”

“Any approach that essentially tolerates abortion and euthanasia or puts these issues on a par with others, not only betrays the beautiful vision of the Church’s social teaching, but also weakens the credibility of the Church’s witness in our society,” Gomez wrote.

There is “no solid foundation to defend anyone’s rights” if the unborn, sick, and elderly have no right to live, Gomez continued.

“How can we claim to speak for the marginalized and disenfranchised, if we are allowing millions of innocent children to be killed each year in the womb?” asked Gomez. “If we cannot justify caring for the weakest and most innocent of God’s creatures, how can we call our society to resist the excesses of nationalism and militarism or confront global poverty or protect our common home in creation?”