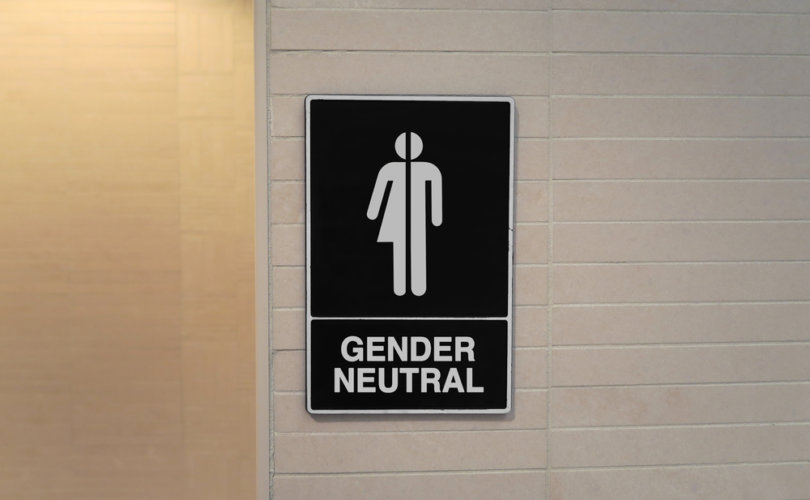 LOS ANGELES, California (LifeSiteNews) –Los Angeles Public Social Services has instructed its employees to use “gender neutral” language instead of terms such as “he” and “she” when engaging with the public.

“Being thoughtful and using a preferred name and pronoun when engaging with our customers not only conveys respect, but we have a legal obligation to do so. The use of gender non-specific language such as ‘they’ instead of ‘she’ is essential in our service to the public,” wrote Los Angeles Department of Public Social Services (DPSS) director Antonia Jiménez in an email to DPSS staff on October 25.

Jiménez’s email follows the Los Angeles County Board of Supervisors’ October 5 proclamation designating October 20, 2021 as “International Pronouns Day,” which encourages all residents to use “inclusive” gender pronouns in all forms of communication.

In her email, Jiménez affirmed her department’s effort to “transform” how they “address customers into a more unbiased and gender-neutral language.” She encouraged staff to visit LGBT activist site www.mypronouns.org and an LGBT Equity Center video titled “Sharing Your Pronouns.”

A DPSS employee who wishes to remain anonymous confirmed to LifeSiteNews by phone interview, “They’re trying to reteach us, that we shouldn’t make gender assumptions based on how someone looks. That’s like saying that you shouldn’t assume a tree is a tree.” The DPSS employee called this new instruction a “serious violation” of her right to acknowledge the apparent reality of a person’s gender.

The website referred to by Jiménez states that “the act of making an assumption (even if correct) about a person’s gender “sends a potentially harmful message — that people have to look a certain way to demonstrate the gender that they are or are not.” It goes so far as to say that “it can be offensive or harassing to guess at someone’s pronouns and refer to them using those pronouns if that is not how that person wants to be known.”

To “actively” ignore someone’s choice of pronouns once they make them known is even “worse,” according to the site, as this “could imply the oppressive notion that intersex, transgender, nonbinary, and gender nonconforming people do not or should not exist.”

It goes on to state that using “they/them” is “usually” considered “acceptable” if you don’t know someone’s preferred pronouns. But aside from “he/him,” “she/her,” or “they/them,” some may prefer to be referred to as “Ze/hir.”

The site also adds that “just because a person goes by a certain set or sets of pronouns is not indicative of that person’s gender.”

To intentionally use pronouns other than those a person requests is considered an act of “hate”: while the site recommends certain strategies to correct people who make “mistakes” “because of forgetfulness or ignorance,” it advises that “different strategies” be used when “people get pronouns wrong because they are being intentionally and consciously hateful.”

It is not the first time the Los Angeles DPSS has pushed for pro-LGBT, “gender neutral” language. The anonymous DPSS employee told LifeSiteNews that her department had already revised its policy guidelines in 2019 to advise its employees that Medi-Cal pregnancy services notices must not refer to a “pregnant woman,” but instead should say “pregnant person.”

Lisa Garrett, the Director of Personnel for the County of Los Angeles, also recently sent an email encouraging LA County staff to “Make a commitment to ask and honor the personal pronouns people associate with, and share your personal pronouns to foster a better, more inclusive workplace.”

The DPSS employee said this email “really struck” her because it means they are “targeting the 114,000 LA County employees.”

The DPSS employee said that in 2019, she was asked to attend mandatory training on “transgender awareness.” She did not attend the training, although she anticipates that she will be again asked to complete it.

Regarding the LGBT community, she said, “I’m not against them, honestly. I don’t judge them. I feel empathy for them. But I’m not going to embrace and approve of their lifestyle.”

In 2017, California passed legislation that allows health care workers who “willfully and repeatedly” refuse to use a senior transgender patient’s “preferred name or pronouns” to be punished with a fine or jail time. The law was blocked by a California court earlier this year.