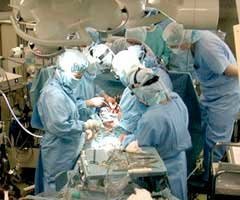 Editor’s note: LifeSiteNews has in the past published news notes, a key list of pro-life and pro-family stories that we simply don’t have the time to report on ourselves. Below are news notes for October 31, 2019.

October 31, 2019 (LifeSiteNews) – Tradition-loving Catholics around the world have begun Allhallowtide, sometimes called the “Triduum of Death.”

Notable stories LifeSite was unable to cover today but deserve attention nonetheless include: