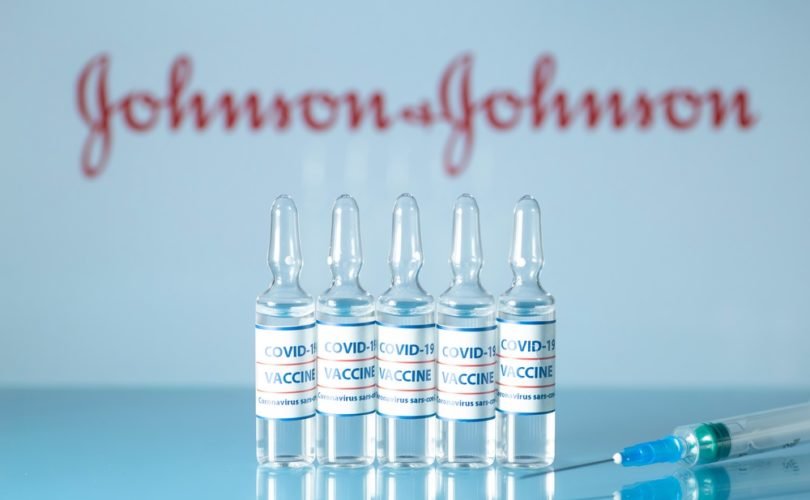 (LifeSiteNews) — The Los Angeles Times drew a firestorm of criticism after it ran an opinion piece Monday which advocated for “mocking” unvaccinated people who die after contracting COVID-19.

“How should we react to the deaths of the unvaccinated?” asked Pulitzer-prize winning columnist Michael Hiltzik in an article entitled, “Mocking anti-vaxxers’ COVID deaths is ghoulish, yes — but may be necessary,” published by the left-leaning L.A. Times on January 10.

“On the one hand, a hallmark of civilized thought is the sense that every life is precious,” Hiltzik observed, before going on to contend that “those who have deliberately flouted sober medical advice by refusing a vaccine known to reduce the risk of serious disease from the virus, including the risk to others, and end up in the hospital or the grave can be viewed as receiving their just deserts.”

“It has become common online and in social media for vaccine refusers and anti-vaccine advocates to become the target of ridicule after they come down with COVID-19 and especially if they die from it,” Hiltzik continued, promoting the alleged “spectacular” efficacy of COVID-19 jabs while criticizing unvaccinated people who become ill and take “up hospital beds that may accordingly have been denied to others in great need of treatment for non-COVID conditions.”

Contrary to Hiltzik’s claims, the purported efficacy of the jabs has bottomed out since the drugs were initially rolled out. Today, over a year after the first Pfizer jabs entered the market, public health officials, pharmaceutical corporation heads, and media pundits have begun actively promoting a third jab and potentially an omicron-specific shot as vaccine effectiveness wanes and new variants emerge.

According to data from the U.K. Health Security Agency, a two-dose regimen of either Pfizer or Moderna’s mRNA shots is now just 10% effective against omicron symptoms in as little as 20 weeks after the second dose. Individuals who received two injections of AstraZeneca can anticipate no protection against omicron after the same period.

Moreover, more Americans are reported to have died with COVID-19 listed on their death certificate in 2021, following the introduction of the shots, than in 2020 before the jabs were available, throwing doubt on the claim that the jabs have drastically cut mortality.

Regardless, Hiltzik asserted that although  “[i]t may be not a little ghoulish to celebrate or exult in the deaths of vaccine opponents,” and while he supports showing “sympathy and solicitude to those they leave behind,” mocking the deaths of the unvaccinated “is not necessarily the wrong reaction.”

For Hiltzik, the reaction may be justified particularly in response “to those who publicly mocked anti-COVID measures and encouraged others to follow suit before they perished of the disease the dangers of which they belittled.”

“There may be no other way to make sure that the lessons of these teachable moments are heard,” the columnist concluded.

Hiltzik’s claims that the COVID-related deaths of the unvaccinated could necessarily have been prevented through vaccination are debatable at minimum. According to publicly available data, not only has the efficacy of the COVID-19 jabs plummeted while COVID-related deaths have not gone down, there is also a potential for serious, even fatal adverse reactions to the shots themselves.

Reports of side effects to the COVID-19 jabs which have been submitted to the U.S. government’s Vaccine Adverse Event Reporting System (VAERS) have exceeded one million as of December 31, 2021. Adverse events reported to VAERS include 113,303 hospitalizations, 36,758 permanent disabilities, 21,382 deaths and 10,863 heart attacks.

Skepticism also grows that COVID-related deaths are accurately reported, with evidence emerging that deaths related to the coronavirus have been grossly overestimated over the course of the pandemic.

Furthermore, getting vaccinated against COVID-19, wearing masks, and obeying social distancing guidelines are not the only ways to attempt to avoid suffering severe symptoms of COVID-19. Many who oppose the draconian COVID lockdown measures and rules which have upended society acknowledge the potential seriousness of the virus, often promoting the use of early treatments along with preventatively boosting one’s immune system with supplements and healthy living.

Not only are many vaccinated people contracting the coronavirus, with recent high-profile cases being Chicago Mayor Lori Lightfoot and Alexandria Ocasio Cortez, but some are dying of the disease, too. “Fully vaccinated” former Secretary of State Colin Powell died of the virus in October 2021, for example.

Meanwhile, commentators and social media users rejected Hiltzik’s premise that people whose deaths could arguably have been avoided should be mocked for their choices, pointing out that thousands of people die every year due to conditions deriving from lifestyle choices.

Daily Wire podcaster Matt Walsh, for example, questioned whether the Hiltzik might also recommend mocking the deaths of people whose overeating habits led to a fatal condition, or who contracted a serious disease due to living a promiscuous lifestyle.

Well-known for his characteristic bluntness, Walsh went on to buck political correctness in quipping that for Hiltzik, an older overweight man, “now is probably not a good time to be mocking anyone for dying.”

As an obese elderly man, now is probably not a good time to be mocking anyone for dying https://t.co/XgVWQBhtEr

Walsh was not the only one to critique Hiltzik for his admittedly “ghoulish” perspective.

“Congrats on joining this fine list of humans,” tweeted Bradley James Skistimas, a singer/songwriter who has written a bevy of anti-lockdown, pro-freedom songs under the name Five Times August.

In his response, Skistimas retweeted a thread in which other Twitter users employed harsh and even genocidal language to describe their hopes for the fate of the unvaccinated.

Congrats on joining this fine list of humans… https://t.co/cfeUgN2aMZ

Washington Times Pentagon reporter Mike Glenn also chimed in with sharp criticism for Hiltzik, calling him “a garbage person for thinking like this.”

I’m fully vaccinated and you are a garbage person for thinking like this.

“And let’s not forget those who allowed this to be published,” Hamilton added. “Shameful.”