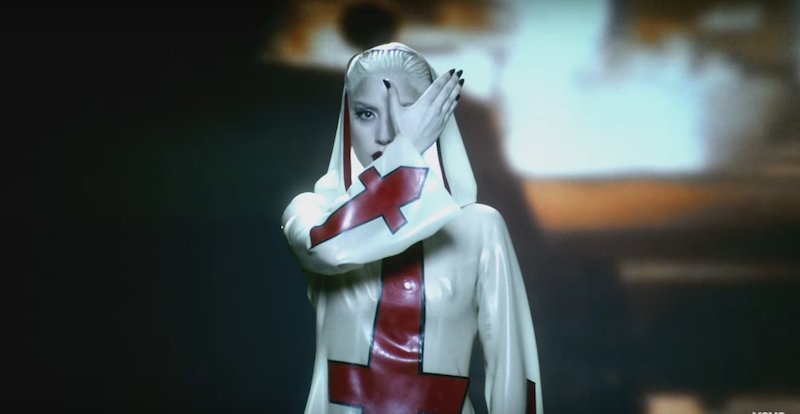 February 3, 2017 (LifeSiteNews) – Lady Gaga says her halftime show during the 2017 Super Bowl will promote “inclusion, the spirit of equality and the spirit of this country, one of love and compassion and kindness.”

“My performance will uphold those philosophies,” she said during an NFL press conference in Houston. “The only statements I'll be making during the halftime show are the ones that I've been consistently making throughout my career.”

The much-hyped game between the New England Patriots and the Atlanta Falcons – and Lady Gaga's performance at it – comes a year after Beyonce promoted the Black Lives Matter movement during her Super Bowl halftime show.

Lady Gaga is in Houston rehearsing.

“Essentially, that kid that couldn't get a seat at the cool kids table and that kid who was kicked out of the house because his mom and dad didn't accept him for who he was? That kid is going to have the stage for 13 minutes,” the performer famous for her pro-gay anthem “Born This Way” said. “And I'm excited to give it to them.”

Lady Gaga has not shied away from using sexualized, sacrilegious Catholic imagery in her music videos or criticizing Catholic teaching. She released her song “Judas” close to Holy Week and Easter in 2011. In one part of the song's music video, Lady Gaga is scantily clad with crosses on each side of her bra. The video features a man wearing a crown of thorns, some religious imagery related to Baptism, and the Apostles dressed as bikers. “Judas” praises the man who betrayed Jesus.

In her music video for “Alejandro,” Lady Gaga wears a latex nun habit and swallows a rosary. An upside-down cross appears on her crotch during a portion of the video simulating sex with a group of muscular men. As Lady Gaga is pictured in the latex habit, the video flashes to scenes of her in bed with a man, both in their underwear and playing with rope.

Lady Gaga is a worldwide advocate for the LGBT cause. She is openly bisexual and encourages her fans to support same-sex “marriage.”

“This performance is for everyone,” she said of her upcoming Super Bowl LI gig. “I want to, more than anything, create a moment that everyone that's watching will never forget…we will be doing some very interesting and exciting stuff during this show.”

Last year, Lady Gaga sang the national anthem at the Super Bowl. This year, Luke Bryan will sing it. 90-year-old Tony Bennett will join Lady Gaga onstage. There are rumors Beyonce will be a surprise guest.