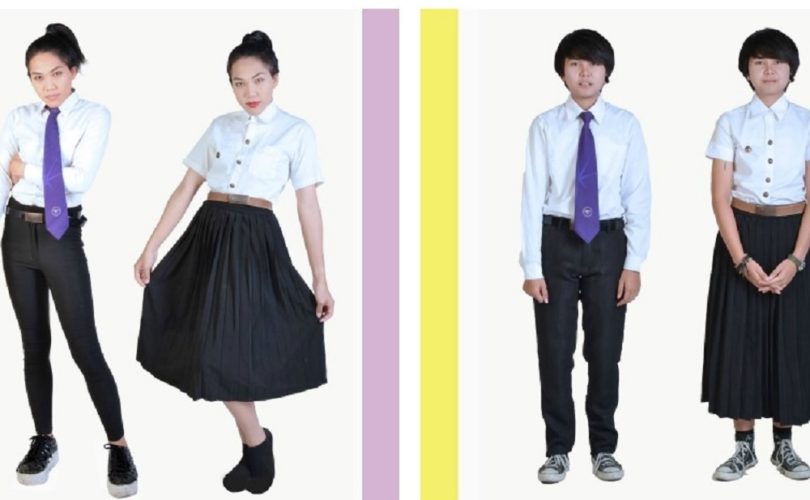 BANGKOK, September 16, 2015 (LifeSiteNews) – As Thailand brings into force its new Gender Equality Act protecting the LGBT spectrum from discrimination, the country's  Thammasat University has created a mandatory class on transgender issues, while another school has reportedly tailored its uniform code to accommodate trans students.

“Thai people think of sex workers every time they think of transgender people,” Kath Khangpiboon, a member of the Thai Transgender Alliance for Human Rights (TGA), complained in an interview posted on the U.N. AIDS website. “I hope that this act will kill this myth.”

But psychiatrists such as Canada's Joseph Berger, who has treated many transgender people, say those who believe that their “true” gender is different from their biological gender, are merely deluded and that it is a mistake to encourage them. “There is no such thing as transgender children,” he told LifeSiteNews recently – “only confused parents.”

Thailand has a history of informally tolerating not only homosexuality but both male and female transgenderism, often associated there with homosexual activities. “Ladyboys,” for example, are men posing as women, often equipped with female breasts via hormone treatment or surgery but with male genitalia preserved to make them attractive to a subset of European and North American homosexuals. “Toms” or “Tomboys” are lesbians who dress and act as males.

Bangkok University is reported to have just modified its uniforms for men and women to suit Ladyboy and Tomboy students. The news story is accompanied by four pictures sourced to the university's School of Applied and Fine Arts, showing what appears to be a pretty co-ed  in a blouse and skirt, then in a shirt, tie, and tight pants; and a young man in shirt and tie and baggy pants and also in loose skirt and blouse. But the first set of pictures apparently shows a “Ladyboy's” uniform choices, and the latter set shows what a “Tomboy” must wear. Both groupings bear the mystifying label “Freshy Choice,” raising suspicions that the whole uniform arrangement is a send-up.