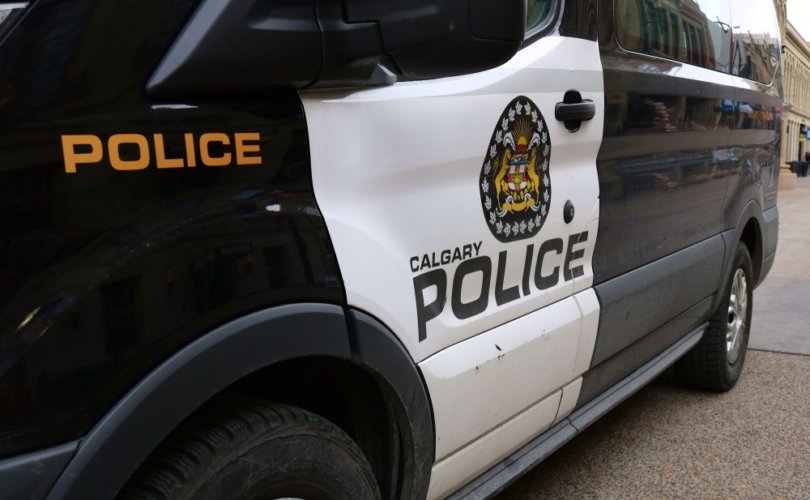 In a press release yesterday, the City of Calgary said it has “discontinued its application for the permanent injunction and, as a result, the temporary injunction has also come to an end as of today.”

“The City originally sought the injunction due to the compounding impact of the long-term community disruption, increase in escalating behaviour causing public safety concerns and clear intention of participants to continue these activities,” the city said in the press release.

“We believe the injunction is no longer required and that ongoing activity can effectively be managed under existing laws and bylaws.”

Calgary Police had been enforcing the protest injunction put in place on March 18, which for certain areas of downtown banned blocking sidewalks or traffic or activities that “unreasonably” interrupted park use, along with the honking of horns.

Despite the injunction being in place, anti-COVID mandate freedom protests continued each Saturday in Calgary.

The removal of the injunction was welcomed by a spokesman for the Freedom Marches.

As reported in the Calgary Sun, Jake Eskesen said the court injunction was nothing more than “selective enforcement” and the “harassment of those exercising their fundamental rights.”

Eskesen said the protests, which the group is now holding in front of Calgary’s city hall, will continue until “all COVID mandates and restrictions at all levels of government are removed.”

The injunction banning protests came about after Calgary Mayor Jyoti Gondek complained March 12 via Twitter that pro-freedom marchers who had regularly gathered in the city’s downtown for months were not “protests” and were disrupting residents.

As a result, and after pressure from Calgary City Hall, an Alberta Court of Queen’s Bench Justice permitted the city a temporary court injunction against protesting in certain areas.

Earlier this month, some Calgary drivers who honked in solidarity with protesters opposing the federal COVID mandates of Prime Minister Justin Trudeau were given tickets by police, which resulted in people chanting “shame” to cops.

The city says it will continue to “monitor the impacts of any ongoing protest activity” and, if needed, use the courts “to seek future injunctive relief from the courts.”

Interestingly, the removal of the court injunction comes at the same time the city is expecting large crowds to gather in the same area the ban was put in place when the city’s NHL hockey team, the Calgary Flames, begin the playoffs.