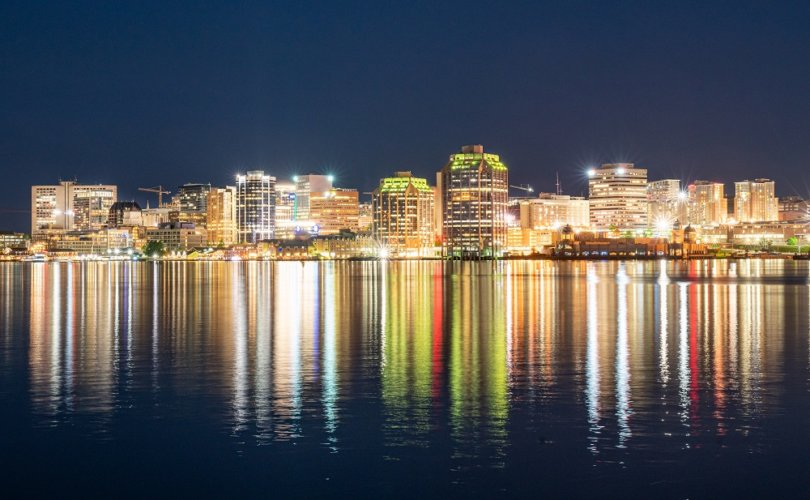 HALIFAX, Nova Scotia, November 24, 2020 (LifeSiteNews) — A former police officer with five kids has blasted a Canadian province’s new COVID-19 restrictions that state that households with more than five people cannot go out together and instead must go outside in separate groups.

“This is outright discrimination against large families. It’s a 100 percent infringement on the Charter of Rights, the right of association,” Halifax, Nova Scotia resident; father of five; and former police officer Chris Morris told LifeSiteNews.

“They are purposely making families split up, even if it’s only temporary, so fundamentally if you have more than five people in your family you are forced to obey the law and split your family into at least two.”

The new “gathering limit without social distancing” rule applies only to Halifax and Hant Counties in Nova Scotia and is in effect from November 23 to December 21, 2020. The rule was announced last Friday.

The new rule reads: “Households can only have 5 visitors at a time – Households with more than 5 members can only go outside the home in groups of up to 5 people,” read the new restrictions.

Indoor events with “social distancing” (which includes church services) in the two affected counties are now limited to 50 percent of the venue’s capacity up to a maximum of 100 people, down from 200.

Outdoor events with “social distancing” are now limited to 150 people, with private events such as weddings and funerals limited to 25 people indoors or outdoors.

As of today, Nova Scotia has only 51 active cases of COVID-19 in the province with 65 deaths attributed to it.

Morris currently lives in Halifax with his wife and their five children and works at a Catholic church.

He told LifeSiteNews that as a former police officer who worked in Toronto and Ottawa for 15 years that the new rules, besides being unpractical, are contrary to logic itself.

“This goes against every possible logical thing that could ever exist in this world, there is nothing that supports that as being a good idea,” Morris told LifeSiteNews.

“The obvious situation is, we can’t drop off or pick up our kids from school because I’m at work and then my wife would have to go out.”

LifeSiteNews contacted the government of Nova Scotia to provide clarity to the new rules that do not allow households of more than five to leave their residence together.

Marla MacInnis, media relations adviser for the Department of Health and Wellness for Nova Scotia, confirmed that households with more than five people when “out in the community” need to stay in groups of five or less, although exceptions might be made.

“Some households have more than 5 people. These household members can continue to interact without physical distancing at home. When they go out into the community we ask that families try to stay in groups of 5 or less as much as possible,” MacInnis told LifeSiteNews.

“We understand that in some essential situations, like school drop-offs, there may need to be exceptions[.] … We understand new restrictions pose challenges but appreciate the effort all Nova Scotians will make to adhere to these protocols and help us reduce the spread of COVID-19.”

Unlike most Canadian provinces, the Nova Scotia government under Liberal premier Stephen McNeil has not had a sitting parliament since March 10.

Last week, McNeil prorogued the Nova Scotia parliament until next year, a move that was criticized by opposition parties as “undemocratic.”

On Monday, McNeil stated that police and peace officers are enforcing the new “single-household bubble,” along with mask-wearing and physical distancing rules, saying thirty tickets were issued over the weekend.

As for Morris, he told LifeSiteNews that McNeil’s choice to shut down the provincial Legislature for months on end makes no sense and means “you can’t even complain if you wanted to.”

Morris said that as a family, and even though they have two vehicles, that he and his wife have no choice but to break the new rule, noting they could see some community backlash.

“We’re breaking it. There’s no question about it. We don’t have a choice, really,” Morris told LifeSiteNews.

“We know we are breaking the law, were not worried about repercussions, but there are going to be community repercussions. I have no doubt about that.”

Morris added that he is not worried about any issues with police officers regarding the new rule, as he noted that most have common sense and are not going to target families.

However, Morris told LifeSiteNews he is concerned for their friends with large families who have only one vehicle, as it means they would have no choice but to break the new rule to be able to travel together.

“A lot of our friends have big families and live out in the country with one vehicle. Are they supposed to drive 20 minutes to school and then back and make another trip? That doesn’t make a lot of sense,” Morris told LifeSiteNews.

When asked what can be done about the new rule, Morris said that all it would take is for the government to clarify the situation and state, “There is an exemption for people of the same household, that’s all it takes, it’s not some rocket science.”

“They’ve clearly thought about it because the fact that they acknowledged that households have more than five people means it crossed their mind,” Morris told LifeSiteNews.

Most provinces in Canada have seen additional COVID-19 restrictions imposed to combat an apparent surge in positive cases as reported by local health authorities.

Some doctors, however, have spoken out.