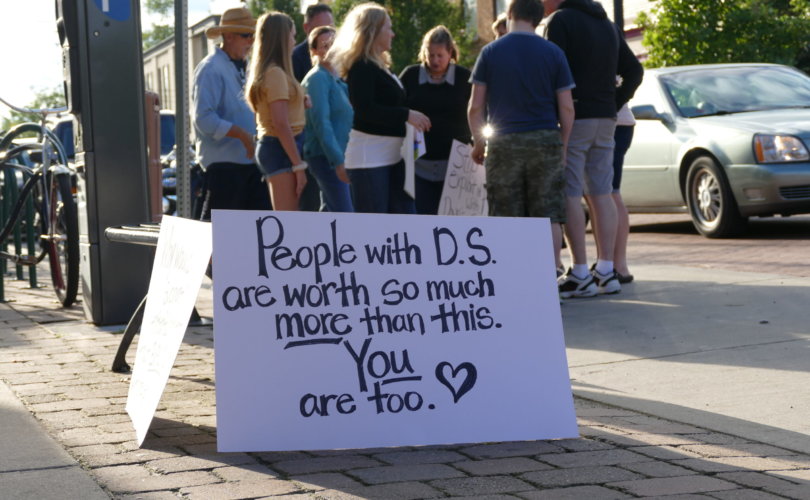 ALBUQUERQUE, June 24, 2016 (LifeSiteNews) – A late-term abortion facility and a public university likely broke state and federal law barring anyone from profiting off the sale of human organs and tissue.

The letter was accompanied by almost 300 pages of evidence that the panel's Republican leadership cites as proof the university illegally compensated SWWO, violating state and federal law. Among other things, UNM procured a a second- or third-trimester baby's intact brain for dissection at a “summer camp.”

Congresswoman Marsha Blackburn, who chairs the panel, said that the special arrangement between the two entities broke federal statute “Section 289g-2 [which] requires safeguards be in place, including a concern that too close a relationship might be formed between an abortion clinic and researchers.”

The law bears a penalty of up to 10 years in prison.

The panel says the abortion facility may have also violated a New Mexico state law, the Jonathan Spradling Revised Uniform Anatomical Gift Act (conventionally known as “The Spradling Act”), which pro-life leaders say prohibits donating organs from any baby who dies through an induced abortion.

“Documentation obtained by the panel in the course of our investigation reflects the transfer of fetal tissue from Southwestern Women’s Options to UNM for research purposes is a systematic violation of New Mexico’s Spradling Act,” Blackburn says. “These violations occurred as UNM personnel procured fetal tissue from patients at Southwestern Women’s Options for research by UNM entities.”

“The University of New Mexico and its medical providers are committed to complying with all federal and state laws, rules and regulations. This includes the New Mexico Jonathan Spradling Uniform Anatomical Gift Act,” Sparks told the Albuquerque Journal on Thursday night. “Contrary to Chairman Blackburn’s assertions, this act does not apply to fetuses from pregnancies that may have been terminated at Southwestern Women’s Options.”

However, the House panel notes that the university employed abortionists from SWWO, providing them with university benefits, something the panel believes may be a form of remuneration for the tissue.

“Through its investigation, the panel has discovered that personnel within UNM’s hospital and medical school have aggressively engaged in expanding abortion in New Mexico through the offices, personnel, and resources of UNM,” Rep. Blackburn wrote to Banderas, a Democrat.

The University of New Mexico greatly expanded its involvement with the abortion industry at the behest of what the House Select Panel on Infants Lives calls two “activist” faculty – and more than $2 million in grants from the Susan Thompson Buffett Foundation to train students and faculty to become abortionists.

State and national pro-life advocates said it's about time UNM and SWWO were held accountable for what they describe as a year-long strategy to ignore the law and underwrite abortion at taxpayer expense.

The panel's documents reveal SWWO received more than $5 million in Medicaid or State Coverage Insurance (SCI) funding between 2010 and 2015.

“It is apparent in the Select Panel's report today, as New Mexico Alliance has reported, the numerous perplexing relationships between UNM Health Sciences Center and Curtis Boyd's clinic, a detailed investigation must take place to uncover where the law is being violated,” said Elisa Martinez executive director of New Mexico Alliance for Life. “UNM HSC's Paul Roth's stonewalling inquiries into their harvesting program with Curtis Boyd, along with potential violations of the law is a breach of public trust and should be a concern to all New Mexicans. We expect Attorney General Balderas to enforce the law before protecting the abortion industry.”

Bud Shaver of Protest ABQ, a local pro-life group, said he and his core group of supporters had worked since 2011 “to expose and connect the dots between Albuquerque abortion killing centers” – and he expects prosecutions to move forward. “Balderas should be ahead of the curve since Protest ABQ filed a formal complaint with his office 11 months ago. He now has more information to build his case and to move forward in a timely manner and we urge him to do so.”

“This recommendation of criminal charges against UNM and Southwestern Women's Options is the fruit of years of research and hard work done by a tenacious community of pro-life activists,” said Troy Newman, the president of Operation Rescue. “Seeing the fruit of that labor makes this a great day for us. All that's left now is for law enforcement to read them their rights and take them away!”

Newman said he hopes Attorney General Banderas “will put an end to UNM's practice of using taxpayer funds as well as UNM students to push their political agenda of abortion expansion upon an unwilling community.”

Fr. Stephen Imbarrato, a priest who lived in the area for years, said, “All pro-life groups in New Mexico need to continue to work to investigate and put pressure on the New Mexico abortion cartel until it collapses under the weight of its own evil.”