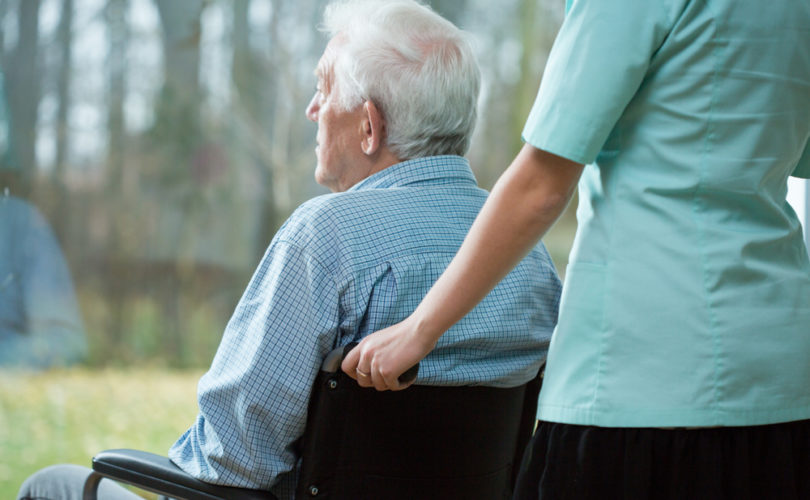 May 7, 2018 (LifeSiteNews) – Media coverage of two recent joint-assisted suicides indicates that the deadly practice is now being promoted as a romantic way for couples to die together. Pro-life advocates warn that swallowing lethal drugs together is in no way a loving act and should not be portrayed as such.

This is “a new way of selling death,” Alex Schadenberg, Executive Director of the Euthanasia Prevention Coalition, told LifeSiteNews. The media are “selling it as an act which is romantic” and are contributing to the phenomenon of “suicide contagion.”

“Assisted suicide is a tragedy and a violence that has been cloaked in euphemisms by those seeking its legalization,” Genevieve Plaster, Deputy Director of Policy and Administration at the Charlotte Lozier Institute, told LifeSiteNews.

“It is tragic enough when one person is lost to suicide (assisted or not); when a couple ends their lives by assisted suicide, this twofold suffering should not be exploited via sensationalized headlines to advance more deception and euphemisms,” said Plaster.

In a massive spread, The Globe and Mail – essentially Canada’s version of the New York Times, revered by liberal elites – reported last month on George and Shirley Brickenden, a Toronto couple who are apparently the first in Canada to publicize their decision to commit suicide together. A doctor injected them with fatal drugs at their retirement home thanks to Canada’s new allowance of this form of euthanasia.

Shanaaz Gokool, the CEO of the pro-assisted suicide group Dying with Dignity, called the Brickenden’s joint suicide “the final articulation of the love that they’ve had for each other for nearly 73 years.”

But Father Frank Pavone, National Director of Priests for Life, said that allowing your spouse to be killed by a doctor is in no way a loving act.

“There’s a reason we say, ‘Friends don’t let friends drive drunk,’” he said. “At its root, real friendship – and by extension, real love – never allows someone to help the beloved hurt themselves. We can dress up sin and violence in all kinds of nice, and even romantic, language, but ultimately, ‘love’ has a content. It has a specific shape, specific boundaries, specific actions that it never permits. Killing is one of them. No amount of good and loving intentions can make an act of suicide a good act.”

An Anglican dean who “without hesitation” agreed to hold the couple’s funeral at St. James Cathedral in Toronto “prayed” as the doctors pumped deadly drugs into the couple and their adult children looked on.

In what could be a scene from a horror film, one of their children had assembled a playlist of Mozart, Bach, and Scottish folk music to be played as the euthanasia was carried out and a member of the clergy looked on approvingly.

TIME and the Global Mail failed to describe some of the nightmarish effects euthanasia drugs can have on recepients – convulsions and vomiting, for example – not to mention the high rate of failure of suicide drugs.

“There’s nothing beautiful about dying with lethal drugs in your veins,” said Schadenberg, who explained that some euthanasia protocols have had to double the dose of barbiturates given to a patient so they are less likely to wake up as “very harsh, very caustic” drugs kill them. Another drug given in euthanasia prevents the patient from throwing up, which is the body's natural response to try to expel the lethal chemicals.

In the U.S., TIME magazine profiled Charlie and Francie Emerick, who “died together in their bed April 20, 2017, after taking lethal doses of medication obtained” through Oregon’s assisted suicide law.

Sher Safran, one of their grown daughters, told TIME “it meant so much to know they were together” as they killed themselves.

“It is often said that old age brings wisdom. Sadly, in these cases of couple-suicides, that is not the case at all,” Pavone told LifeSiteNews.

The Emerick’s joint suicide is the topic of a 44-minute documentary called Living & Dying: A Love Story. In the beginning of the film, Safran praises her parents for approaching death in a “compassionate and intentional and loving” way.

“There is no mercy in encouraging or advocating for people to commit violence against themselves to end their lives prematurely. Instead, true compassion requires us to affirm those who wish to die that their lives are worth living,” said Plaster. “This extends also to our public writing on the topic. Rather than putting an ideology or legal agenda first, media personnel should heed recommendations, for instance, from The American Foundation for Suicide Prevention, which warns against glamorizing suicide since research has shown this could increase the likelihood of vulnerable readers committing the same violence.”

Schadenberg warned that now, healthy spouses of the terminally ill will face “pressure” to undergo euthanasia with their sick spouse.

Media glamorization of assisted suicide is “creating this contagion effect” amongst the elderly who are relatively healthy.

“What about the family who has a disabled child? And so they’ve been caring for their disabled child…and now [the parents are] in their 70s” and their child is an adult? The mindset will be “we’ll die together and we’ll get him approved for euthanasia too,” Schadenberg predicted. It’s “the next thing.”

But when it comes to assisted suicide, the media have decided to “go all out and promote it.”

“We have forgotten how this effects…others,” said Schadenberg.

“Scripture says, ‘I have set before you life and death, blessings and curses. Choose life,’” concluded Pavone. “Notice that although God gives us the freedom to choose good or evil, he doesn’t give us the freedom to determine the consequences of that choice. Choosing life leads to blessings; choosing death leads to curses. ‘Death and blessings’ is not an option, and yet that is precisely the lie that these sadly misguided couples fell for, and that we must renew our determination to keep others from falling for.”