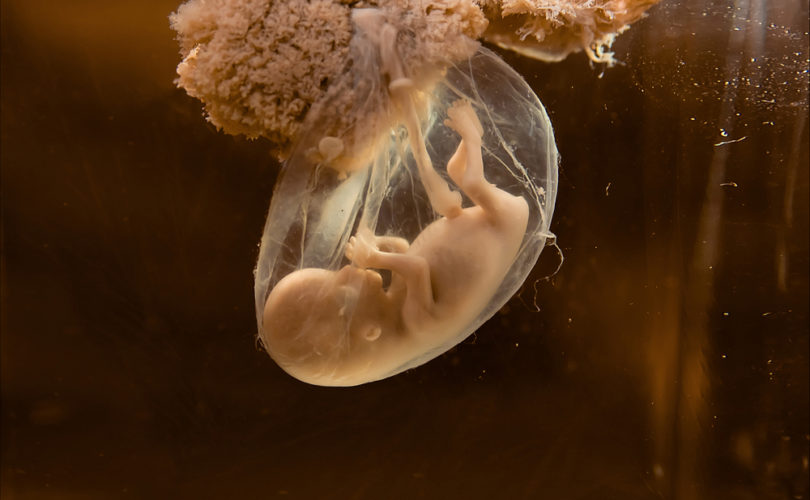 VICTORIA, British Columbia, May 28, 2015 (LifeSiteNews.com)—The latest numbers from the British Columbia Health Ministry indicate a steady, 14 percent decline in abortions over the past five years.

Though British Columbia passed a law more than a decade ago restricting what information the government must make public, it annually releases a five-year tabulation of all billed procedures, including surgical and chemical abortions. The latest of these “fee-for-service payment analyses” show 15,184 abortions were done in the government fiscal year 2009-10 and 13,067 were done in 2013-14, the most recent on record, with the numbers in between declining gradually.

“I’m happy there is a decrease,” John Hof, president of United for Life British Columbia, told LifeSiteNews, “because it means more babies are being born.” But Hof also expressed chagrin over the restrictions on information. “It would help us in our work to know whether there is an abortion epidemic among teenagers in Prince George, and not one in Kimberly. It would help to know how many are repeat abortions. It would help to know how this decrease impacts on the birth rate.”

The abortion rate must be declining because the number of women of childbearing age increased, from 580,800 to 595,900 over the same years as abortions decreased. According to BC Statistics, there were just over 13,000 unborn B.C. babies aborted in 2014 while 47,000 were delivered alive, and kicking.

The pro-life movement has frequently lamented the British Columbia government’s poor data reporting on abortion. The annual national abortion statistics, reported by the Canadian Institute for Health Information (CIHI), include only incomplete figures from the province. CIHI only uses numbers voluntarily submitted by hospitals and clinics, rather than billing information.

The government of Ontario refuses to report even total abortions (a refusal now being challenged in court), making it impossible to know if B.C.’s decrease is being experienced nationally, as it is in the U.S. and other developed countries, along with a decrease in teen pregnancies.

Another problem with assessing the B.C. numbers, Johanne Brownrigg of Campaign Life Coalition told LifeSiteNews, is that there may simply be a shift to other, unreported methods of abortion such as the so-called “morning after” pill. This causes abortions within a few days of conception by preventing the fertilized egg from attaching to the wall of the mother’s uterus.

“Our volunteers here in Ottawa say there are fewer clients at the Morgentaler Clinic,” said Brownrigg. “If there really is a decrease, I would be happy.”

Abortion access advocates credit their own efforts to educate girls and women about contraception and to increased use of more effective contraceptive methods such as the wearing of intrauterine devices. Joyce Arthur of Canada’s Abortion Rights Coalition, told LifeSiteNews, “It’s impossible to know exactly all the reasons for the decline in abortion rates of course, but increased availability and use of contraception is the major factor. Other factors in my opinion are improved sexual reproduction health and services information and services, liberalization of abortion laws, increased status of women, and alleviation of poverty.”

But American pro-life researcher Michael New argues that the increase in contraception use predates by many years the decline in abortions in the U.S., while variations in income level do not correlate with abortion rates at all. He contends that “declining abortion numbers provide evidence that pro-life efforts to change the hearts and minds of women facing unplanned pregnancies are bearing fruit — and, more important, saving lives.”

Others in the US connect the decline with a series of incremental restrictions adopted by many state governments, such as requiring minors to obtain parental consent, or clinics to inform patients of health risks or show them ultrasound imaging of their child, or requiring abortion facilities to meet medical standards.

Brownrigg said that the recent National March for Life in Ottawa offered hope over “the very long term” of ending abortion in Canada for good. “It may not happen in my lifetime,” she said, but there’s every reason to expect a higher respect for life in coming generations.