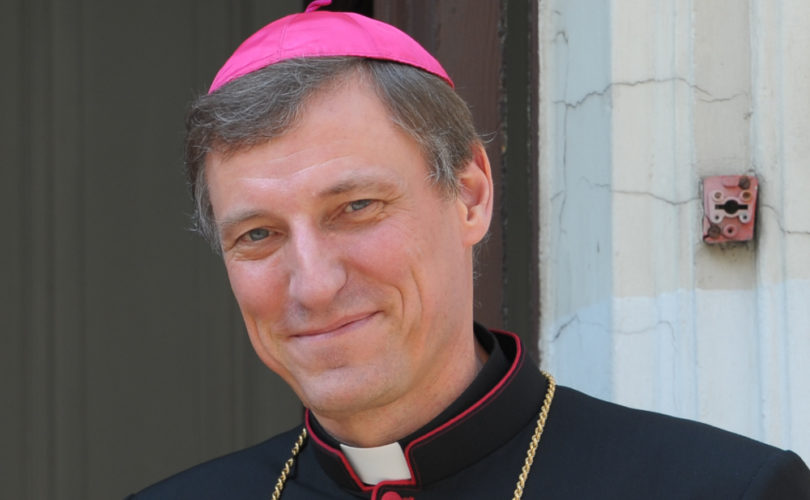 In an exclusive interview with LifeSiteNews at the Vatican’s Synod on the Family, Archbishop Zbigņevs Stankevičs of Riga, Latvia came out strongly against the Western world’s continued push to mainstream homosexuality around the world.

According to Stankevičs, the secular West has increasingly used its power and wealth to bully the developing world into accepting homosexuality and same-sex “marriage.”

“We are under pressure,” Stankevičs said.  “They want to promote it and impose it.”

Asked if Latvia has experienced the same pressure as African nations, some of which have had their foreign investment threatened by wealthy Western nations in response to legislation restricting homosexual activity, Stankevičs said that because his nation has no law expressly forbidding the practice of homosexuality, it has not faced the same kind of blackmail tactics.  But the archbishop said that in recent years, the small country has received visits from numerous Western ambassadors – including from the United States – who have promoted the gay agenda.

Foreign activist groups also have organized gay “pride” marches in Latvia, but Stankevičs said the events are poorly attended, and those who do attend are mostly Western outsiders. Meanwhile, an ecumenical Christian prayer service organized by Stankevičs in opposition to one gay march was well received by the Latvian people.

“I invited all believers and all Christians to my Cathedral for prayer for moral values in Latvia, and for … families,” Stankevičs said.  “Inside [the] Cathedral, we had more persons than at gay pride.”  For that reason, he said, “all of Europride” is planning to descend on Latvia next year, in an attempt to influence not just the tiny Baltic nation, but neighboring Russia – with which it shares close cultural ties – to embrace the homosexual agenda.

But Archbishop Stankevičs says the Western approach to homosexuality is not in the best interest of Latvian society.  “Homosexual persons are not discriminated against in Latvia,” said the archbishop.  “They have the same rights as other persons, and they don’t need special rights, because practically, these rights will be privileges.”  To allow same-sex “marriage,” as Western gay activists are increasingly demanding, would be to “approve [homosexuals’] inner disorder,” Stankevičs said.

“Homosexual relationships [are] against nature,” added the archbishop.  “From the Christian point of view, it’s sin, and we couldn’t promote it.”

Archbishop Stankevičs rejects the argument that same-sex “marriage” is a basic human right.  “Human rights are misunderstood in this case, when these lobbies want to impose on us [same-sex] unions,” Stankevičs said.

“Christians are too politically correct” when it comes to opposing same-sex “marriage,” Stankevičs told LifeSiteNews.  “They are keeping silence instead of proclaiming truth.  We are called to evangelize the contemporary world … and we are invited not to have shame for the sake of our message – even if the message is against political correctness, and even if the message is not in concordance with the majority.”

“We have to explain [this],” the archbishop added, “because it is not against homosexuals.  We are for these persons [homosexuals].  We are invited to defend each person, but we are invited to disarm the lie and the lacking of truth in such relationships.”