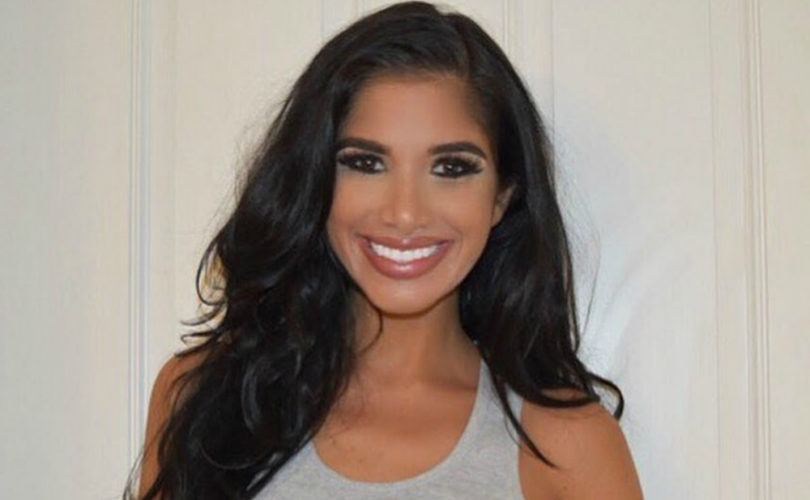 COLUMBUS, Ohio, November 26, 2015 (LifeSiteNews) – An Ohio law school student says she has been threatened by a fellow student for writing a pro-life column, yet when she informed the school, they dismissed her complaint and proceeded to scold her for the article.

Madison Gesiotto, a 23-year-old former beauty queen turned conservative commentator, ran afoul of her law school profs and peers at Ohio State for a Washington Times column in which she called abortion “The Number One Killer of Black Americans.”

When the column triggered a threat from a fellow law student, Gesiotto went to her dean. Instead of getting support from him, she claims, she found herself facing criticism about her article from him and two other administrators from the university’s Moritz School of Law.

For more than an hour, she alleges, the trio picked apart the piece for both its journalistic and legal content. In it she argued that abortion targets Black Americans, a view widely held by social conservatives.

“They asked me to explain to them why I would put that [line] in, what that means, and how I should have followed that up by saying other things to support these black women,” she continued.

“I’m a very tough person. I very rarely get upset or sensitive about things,”  Gesiotto added. “But I was crying in that meeting for about 30 minutes, I was so shocked. I’ve never been in a situation with people I respected and looked up to and felt so violated.”

She said the trio questioned the bio the Times ran with her article identifying her as editor of a law school journal, which might, they said, lead readers to think her position was also the university’s.

They also urged that she participate in a “facilitated discussion” with her critics as a way to reduce the threat to her safety.

She later heard back from one of three who said she had talked with the Black Law Students Association and concluded, “I am satisfied from those discussions that there was not an intent to threaten you with physical harm.”

But Gesiotto says she never said the BLSA was behind the threat. In fact the student was white. His comment on her Facebook page was, “The government cannot take action against you for your offensive and racist article. But your colleagues can.”

“What bothered me is that I don’t know who this person is, I don’t know what type of action they were talking about,” said Ms. Gesiotto. “I just wanted the school to make sure it wasn’t anything physically dangerous to me.” As far as she knows, administrators never talked to the student who made the threat.

The BLSA did, however, write a critical, but threat-free, letter to the student newspaper, the Lantern, insisting its members took offence “at the racist undertones of the opinion piece and question its journalistic integrity. By making such sweeping and irresponsible statements regarding Black women’s reproductive health, the opinion piece fails to address a myriad of factors that may influence a Black woman’s decision to exercise her reproductive rights.”

But the Rev. Glenard Childress, a Black pastor whose organization Black Genocide campaigns actively against abortion, told LifeSiteNews, “I applaud the young woman for her courage.The students who attacked her need to get their facts right before pointing fingers. The data is quite clear. Her position is well justified.”

Childress said abortion marketing was aimed at the African American community with “disdain for people of colour and the intent of reducing their numbers. The abortion industry is the most racist institution in America.”

The University of Ohio said privacy laws prevented it from discussing Gesiotto’s case, but insisted it “takes any alleged threat against its students very seriously.  The university and the college of law each have procedures for assessing alleged threats and for responding appropriately.  These procedures are used for each such allegation received.”

Typical of American pro-life organizations, Abort73 runs this on its website: “Whatever the intent of the abortion industry may be, by functional standards, abortion is a racist institution. In the United States, black children are aborted at nearly four times the rate as white children and Hispanic children don't fare much better.”

Gesiotto writes a web column, “Millennial Times,” for the Washington Times and heads Young Concerned Women for America.  Penny Nance, president of the parent organization, Concerned Women for America, condemned U Ohio’s “bullying” of Gesiotto, which she said was “emblematic of the left’s campaign to squelch the First Amendment rights of conservative students on campuses across America.”