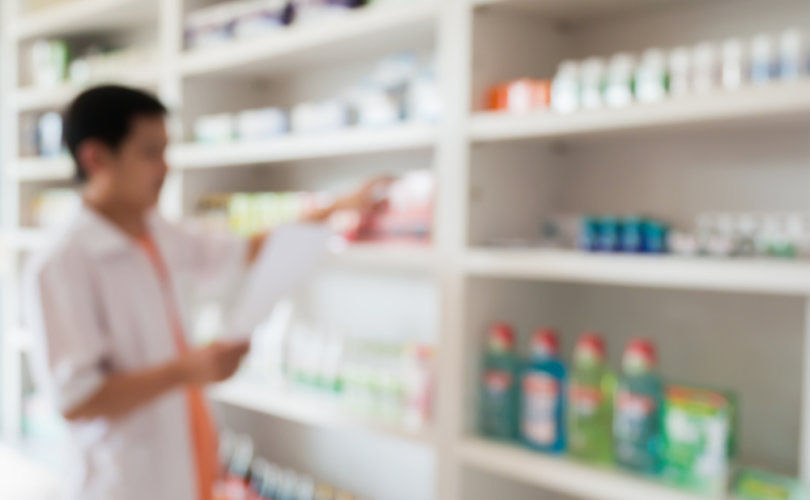 WASHINGTON, D.C., June 7, 2016 (LifeSiteNews) – Senate Democrats have introduced a bill that would impose crushing fines on pharmacists who refuse to personally dispense “emergency contraception,” a potential abortifacient, removing conscience protections from the law.

The “Access to Birth Control Act” (S. 2960), introduced on May 19 by Sen. Cory Booker of New Jersey, would require pharmacists to provide “any drug or device approved by the Food and Drug Administration to prevent pregnancy.”

But the bill's text specifically mentions “emergency contraception” – which often refers to Plan B, the “morning after pill,” or Ella, the “week after pill.”

The text specifically states that the Religious Freedom Restoration Act does not apply.

“Access to legal contraception is a protected fundamental right in the United States and should not be impeded by one individual’s personal beliefs,” the bill states.

Emergency contraception may act to prevent fertilization, but it also acts to make the uterine lining inhospitable and sometimes prevents a newly conceived child from implanting in the womb.

While the Roman Catholic Church teaches that all contraceptive use constitutes a grave sin, evangelical Protestants object to providing any form of potentially abortifacient device. A 2014 study conducted by the Charlotte Lozier Institute found that all forms of emergency contraception has the potential to cause an early chemical abortion. Plan B is more likely to induce an abortion than to prevent conception, according to a 2015 analysis co-authored by Dr. Christopher Kahlenborn for the Linacre Review.

A pharmacist may only refuse to fill a prescription based on his “professional clinical judgment,” not due to religious conviction.

If the customer's preferred method is not in stock and the customer refuses to take a referral to another pharmacy (which is also mandatory for druggists per the bill), the pharmacist would be required to order it through “expedited ordering.”

A similar law in Washington state is being contested in court.

“No one should be forced out of her profession solely because of her religious beliefs,” said Luke Goodrich, deputy general counsel of the Becket Fund for Religious Liberty, the group challenging the statute.

But lawmakers seem unmoved by appeals to conscience. “A pharmacist is free in their own life to live the way they want,” Sen. Tim Kaine, D-VA, told local media.

Some pro-life advocates warn that pharmacists are all-too-eager to dispense Plan B, which is available without a prescription. Students for Life of America released a video showing a pharmacist selling the morning after pill to an adult male who said he was using the drug to cover up statutory rape.

Judie Brown, president of the American Life League, blamed the bill on cultural degeneration. “We live in an age when sex is a god and respect for religious liberty is gasping for its final breath,” Brown, who lives in Virginia, told LifeSiteNews. “Given these two facts we are not at all shocked that the infamous pro-abortion U. S. Senator Tim Kaine would find it perhaps obligatory to assault the conscience rights of pharmacists who put good health and ethics before political correctness.”

The bill, which has 18 Democratic co-sponsors, has been assigned to the Senate Health, Education, Labor, and Pensions Committee.