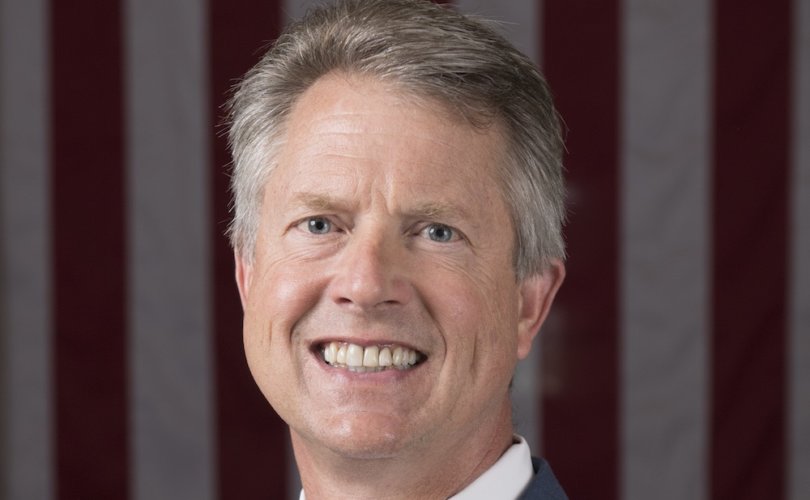 February 13, 2019 (LifeSiteNews) – New York has come under intense condemnation from doctors, lawmakers, religious leaders, celebrities, athletes, private citizens, and more for a new law guaranteeing a “fundamental right” to virtually unlimited abortion, largely focusing on the violence to preborn children. Now a member of Congress who delivered thousands of babies in his medical career is speaking out about the bill’s implications for mothers, as well.

Last month, the state enacted a law codifying a “right” to abortion into the third trimester, erasing the state’s recognition of preborn babies as potential homicide victims, removing abortion from the penal code entirely, and allowing licensed health practitioners other than full doctors to commit abortions. Democrats celebrated the law’s passage with cheers in the state capital and an order from Gov. Andrew Cuomo to light the One World Trade Center’s spire in pink.

On Monday, Fox News published an op-ed by Rep. Roger Marshall, a Republican representing Kansas in the House of Representatives with a 30-year background as an OB/GYN, over the course of which he says he delivered approximately 5,000 babies.

“In a late-term abortion, a mother is at higher risk for uterine perforation and incomplete separation of the placenta – and thus, life-threatening hemorrhaging that can occur, potentially resulting in the death of many mothers,” he said of the procedures that are now legal in the Empire State. “Late-term abortions also have high risk of permanent scarring, and the possibility of an infection of the uterus and surrounding organs, which often leads to infertility.”

New York’s so-called Reproductive Health Act says an abortion may be committed past 24 weeks if the “health care practitioner” committing it (who no longer has to be a doctor) determines “there is an absence of fetal viability, or the abortion is necessary to protect the patient’s life or health.”

Its defenders have argued that this means late-term abortions will still be rare, but Marshall argued that he “never saw the scenario where we had to choose between a mom’s life and a baby” and “can't think of a single scenario where I thought a late-term abortion would help to improve a woman’s mental health.” By contrast, he added that he’s “seen firsthand” the “results,” “complications,” and “distress” of abortion.

“New York's law demonstrates a complete disregard for life and medical standards that should be strongly condemned by all physician organizations and all Americans,” he argued. “Nothing has brought me more repeated joy than to hand a crying newborn baby to his or her mother, and to say a short silent prayer for the baby and its family.”

Marshall concluded by calling on his readers to urge their elected representatives to back the Born-Alive Abortion Survivors Protection Act currently before Congress, which would mandate that abortionists provide medical care for infants who come out alive after failed abortions.