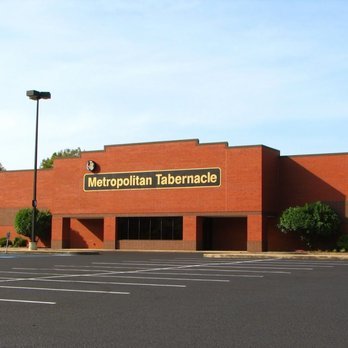 CHATTANOOGA, Tennessee, April 20, 2020 (Alliance Defending Freedom) – Attorneys representing a Chattanooga church filed suit in federal court Thursday to challenge the city’s ban on drive-in services. Originally, the city and its mayor, Andrew Berke, tailored its COVID-19 restrictions to a statewide order that allows for drive-in services but abruptly reversed course to specifically to prohibit them.

On April 9, Berke posted a message aimed at churches on the city website and on his official Facebook page regarding the order, stating that “drive-in services … even in their cars with the windows rolled up, for any length of time, will be considered a violation of our shelter-in-place directive.” Neither the mayor nor the city has been willing to back off on the amended directive, despite the U.S. Department of Justice’s strong concern over the overreaching bans, as expressed in a statement of interest that the agency filed in a similar ADF case in Mississippi.

“City officials go too far when they single out churches for punishment, preventing them from alternate versions of worship during this pandemic that are specifically designed to comply with health and safety recommendations from both state and federal authorities,” said Alliance Defending Freedom senior counsel Ryan Tucker, director of the ADF Center for Christian Ministries. “It makes no sense that you can sit in your car in a crowded parking lot or at a drive-in restaurant in Chattanooga, but you can’t sit in your car at a drive-in church service. Chattanooga’s ban is unnecessary and unconstitutional, and that’s why we have filed suit.”

On April 9, the city and the mayor banned drive-in church services, so the church cancelled its plan for a drive-in Easter service but intends to begin drive-in services on April 19.

As the lawsuit explains, “Despite being on notice from both the DOJ and (the church’s) counsel that its drive-in church ban is unconstitutional, the City issued another statement on April 14, 2020, stating that ‘The Mayor is required to reissue these orders every seven days and continues to do so until it is deemed safe to lift this order. This means … No drive-in church service.’”

The complaint filed in Metropolitan Tabernacle Church v. City of Chattanooga, filed with the U.S. District Court for the Eastern District of Tennessee, asks the court to rule the city’s ban unconstitutional and bar its enforcement for running afoul of the freedoms protected by the First Amendment and state law. Nathan Kellum, one of more than 3,100 attorneys allied with ADF, is serving as local counsel in the case on behalf of the church.

Alliance Defending Freedom is an alliance-building, non-profit legal organization that advocates for the right of people to freely live out their faith.