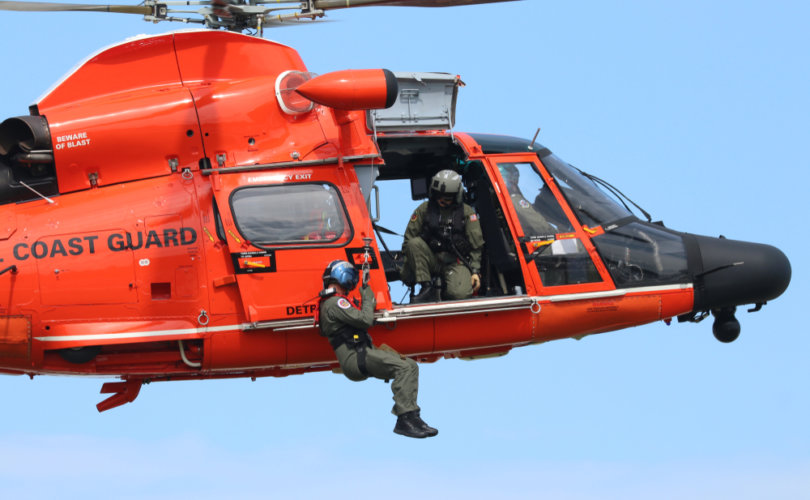 FORT WORTH, Texas (LifeSiteNews) – Over 1,200 members of the United States Coast Guard have joined a class action lawsuit, arguing that their “sincerely held religious beliefs” are being violated by the Coast Guard’s COVID-19 injection mandate.

The attorneys accuse the defendants of “trying to force Plaintiffs and more than 1,200 other Coast Guard members to submit to being injected with a COVID-19 vaccine against their sincerely held religious beliefs.”

In rejecting religious exemption requests, and the manner in which this was done, the plaintiffs argued that the Coast Guard was violating the First Amendment and the Religious Freedom Restoration Act.

They referenced what they described as a “policy of categorically denying virtually all religious accommodation requests from the Coast Guard COVID-19 vaccine mandate,” a policy which they argued “violates…sincerely held religious beliefs.”

All three plaintiffs are Christians, and as such are “unwilling” to take one of the abortion-tainted injections on offer for COVID-19.

Nor, argues the lawsuit, do they need to take the injections, given that per the CDC’s guidelines, their “prior infection and positive antibody tests indicate natural immunity from COVID-19.”

The Biden regime’s August 2021 COVID-19 shot mandate has been the subject of numerous legal challenges, as service personnel have fought for their religious and conscience rights to resist the shots.

Though the U.S. Coast Guard does have official religious exemption procedures, the lawsuit states that it “‘has granted’ at most approximately 1% of all religious accommodation requests from the Mandates.” Furthermore, those few which were granted “were for service members already slated for separation or retirement,” argues the lawsuit.

The lawsuit also notes that the Coast Guard rejected religious exemption requests saying they had been “personally reviewed,” “extensive[ly] consider[ed]” at a rate of “roughly 200 per week between May 4, 2022, and May 25, 2022.” The Department of Defense Inspector General then found that there could only have been about “about 12 minutes” given by those reviewing the appeals.

The Thomas More Society noted that despite penalties being enacted against them, the Coast Guard was not denying the veracity of the three plaintiffs’ religious exemption requests.

Plaintiff’s being discharged from service

Each of the three plaintiffs – who have been singled out and honored for their exemplary service – is prepared to continue with more COVID “mitigation” protocols than the Coast Guard currently requires, argue the attorneys, including masking, physical distancing and regular testing.

However, they are now faced with the penalty of being discharged as superiors cited a “lack of worldwide deployability” due to not having taken the injection. Noting that this would result in BM1 Jackson losing “hundreds of thousands of dollars in pay,” the plaintiff’s attorney’s argued: “This financially coercive pressure imposes an irreparable substantial burden on his religious exercise.”

“I took an oath to uphold and defend the Constitution, and religious freedom is a cornerstone of our Constitutional guarantees,” said LTJG Stone.

There are more than a thousand other Coast Guard men and women who have religious objections to these vaccines and find themselves in a similar position. Our first President and Commander and Chief, George Washington, said it best when he wrote ‘When we assumed the Soldier, we did not lay aside the Citizen.’

He was echoed by Thomas More Society Senior Counsel Stephen Crampton, who said the “blatant violations of these Coast Guard officers’ rights are over an oppressive and unconstitutional vaccination mandate.”

“The Coast Guard has categorically refused to consider any religious accommodations for these American heroes, while at the same time allowing secular exemptions,” he added. “These exemplary Coast Guard officers are being rewarded for their documented stellar service by dismissal. That is both immoral and illegal.”