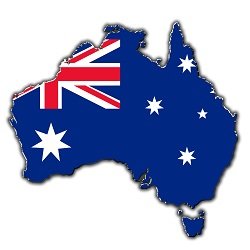 SYDNEY, Australia (LifeSiteNews) — An Australian lawyer is taking on medical tyranny in his state.

Tony Nikolic, the managing director of Ashley, Francina, Leonard & Associates, filed a lawsuit in the New South Wales Supreme Court on August 31 against the unconstitutional vaccine mandates imposed on citizens within New South Wales by Health Minister Brad Hazzard and Chief Health Officer Dr. Kerry Chant. This comprehensive case by a high-profile law firm has inspired resistance movements across Australia, and has accelerated the rise of political opposition to medical tyranny.

Nikolic’s case stated that “Minister Hazzard and Dr Chant have exceeded their delegated powers by civilly conscripting workers to taking a vaccine, which only has ‘provisional approval’ from the Therapeutic Goods Administration’,” adding “We seek a declaration that the NSW Public Health Orders are invalid and of no effect.”

“No-one is above the law, including ministers and public health officers,” Nikolic added.

In August, New South Wales Government Health declared that authorised workers would be required to receive mandatory vaccinations. As a result, employees may face termination of employment if they fail to comply with the public health mandates dictated by Brad Hazzard and Dr. Kerry Chant.

This announcement was met by fierce backlash as many Australians believe the mandates to be unconstitutional and a violation of bodily autonomy. Additionally, these mandates have raised concerns regarding the powers granted within the NSW Public Health Act (2010), which gives Chief Health Officers almost dictatorial powers during pandemics or other medical emergencies.

Vocal opponents of the lockdowns, including Nikolic, argue that these legal provisions have been exploited, as coronavirus does not pose a medical emergency.

In a recent interview on SkyNews Australia, Craig Kelly, the leader of the United Australia Party, explained that these public health orders were being used to implement authoritarian controls of the Australian population, as part of the wider “Great Reset” under the pretense of public safety. Kelly stated that the Great Reset is “one of the greatest threats” to Australian democracy and freedom.

“It is our view that vaccine compulsion strips citizens of their basic human rights, including their right to work, their right to bodily integrity and their right to informed consent to medical treatment without coercion.”

The case has gained widespread support from the “vaccinated” and “unvaccinated” alike, who believe these increasingly invasive public health orders violate their individual rights, and allow for the establishment of medical tyranny within Australia.

In the most recent hearing in the Supreme Court of New South Wales, almost 50,000 concerned Australians tuned in live to watch the proceedings, which usually have between 150 to 1,700 views.

The video has since been removed.

Tony Nikolic of AFL Solicitors is a highly accomplished lawyer and criminologist. Apart from his high-profile cases, Nikolic has dedicated his career to defending disadvantaged Australians and other social justice issues through his extensive pro bono work.

Following the submission of his case, Nikolic has gained widespread public support as one of the few champions of Australian liberties during lockdowns.

The case has coincided with and facilitated the formation of an unexpected alliance between Nikolic and populist, anti-lockdown politicians such as Clive Palmer and Craig Kelly.

Clive Palmer and Craig Kelly, leaders in the United Australia Party, have celebrated the meteoric rise of their party’s popularity, as evidenced by the influx of over 46,000 members since August.

Palmer and Kelly have stated that the United Australia Party’s growing popularity reflects Australians’ disdain for the political establishment dominated by the Labour and Liberal governments.

In an explosive press conference, former Member of Parliament and founder of the United Australia Party, Clive Palmer, stated that New South Wales Premier Gladys Berejiklian is compromised due to being under investigation for corruption by ICAC and, as a result, has surrendered to “Big Pharma”.

Many people throughout the world are refusing to take COVID-19 jabs because thousands of deaths and millions of other injuries have been reported following the inoculations. Commenting on the adverse effects of vaccines, Palmer added that “the people are entitled to know what the truth is because the media won’t tell and the media has been threatened with the loss of their advertising contracts.”

“Both Pfizer and Astrazeneca would not allow their products to be sold in Australia unless the Australian government gave them a full indemnity if they killed anyone or maimed them,” he continued.

“They wouldn’t be responsible; the government would.”

When asked by a reporter why Berejiklian would knowingly jeopardize Australian lives and “destroy” businesses, Palmer stated that Berejiklian “is being directed by a lobbyist in Sydney who is being paid by Astrazeneca and by Pfizer tens of millions of dollars to get these policies through and to make sure the vaccine is pushed.”

Palmer stated also that “Craig Kelly [leader of the United Australia Party] is staying true to his oath of office” and that “he will protect and defend the rights of all Australians.”

Since its initial outbreak in 2020, Covid-19 (including the subsequent Delta variant) has been blamed for 295 deaths in New South Wales, 1,162 in Australia.

In response, state premiers such as Gladys Berejiklian of New South Wales and Dan Andrews of Victoria have placed their respective populations under a state of indefinite lockdown, subject to draconian restrictions. Many argue that the lockdowns and restrictions have caused more damage to individuals, families, and small businesses than the virus.

Premier Berejiklian has recently become a target of public outrage for endorsing vaccine mandates and public health orders proposed by Brad Hazzard and Dr. Kerry Chant. In a recent press conference, she was accused of adding fuel to the fire of public fear by stating “I wouldn’t want to be in the same room with lots of unvaccinated people.”

In August, Berejiklian gave police and Australian army reserves the powers to enforce public health orders. This has included the violent suppression of anti-lockdown protesters, censorship of media coverage of anti-government sentiments, and the criminal investigation and arrest of vocal opposition on social media platforms.

These have also been accompanied by the use of paramilitary on Sydney streets – particularly Western Sydney – with police making routine arrests for individuals failing to comply with mask mandates or social distancing guidelines.

Currently, only 51.9% of citizens within New South Wales are “fully vaccinated”, which has raised concerns about the easing of lockdown restrictions once the “80% fully vaccinated” has been reached. This vaccination milestone is expected in mid-October.

Get ready to get back to what you love, book your vax today 👉 https://t.co/Ej3FSanOoF#letsdothis pic.twitter.com/Ohv7ulOquO

With almost almost 48% of residents remaining unvaccinated, fears of a medical apartheid have circulated both mainstream and social media, as Berejiklian has repeated stated in daily press conferences that the “unvaccinated” would remain under lockdown conditions for the foreseeable future.

Vaccine mandates are believed to be the first step in establishing a medical tyranny within Australia, using algorithms similar to the Chinese-style social credit system.

Through the use of contact tracing, restrictions, lockdowns and censorship, critics have remarked that Australia “began as a prison colony and has returned to a prison colony.”

In response to questions regarding the use of QR Codes and contact tracing after lockdowns, Chant responded “We will be looking at what contact tracing looks like in the New World Order.”