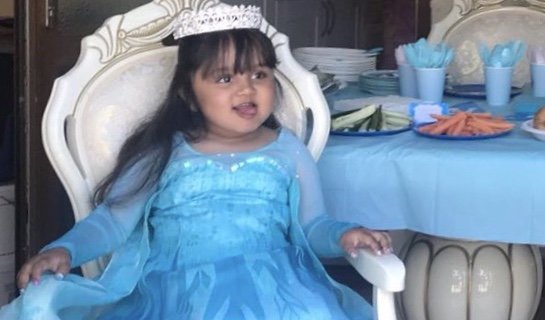 LONDON, England, July 23, 2019 (LifeSiteNews) ― The parents of ailing child Tafida Raqeeb are being represented in court by the same solicitor (attorney) who represented Alfie Evans’ mother.

Jason Coppel QC was in High Court on July 16, arguing that five-year-old Tafida, who is lying in hospital in a minimally conscious state, was now being held there against her will.

“Her confinement is against her will, as expressed by her parents who are the sole people who currently have the legal right to make decisions for her,” he told Mrs Justice Farbey.

Both Tafida’s parents and her doctors have sought court orders: her parents, to have her removed to an Italian hospital for further treatment, her doctors, to remove her from life support, so that she will die.

Yesterday Mr Justice MacDonald said at a preliminary hearing that he will address both requests at a week-long hearing in September.

Coppel said that Tafida “has been kept in the Royal London Hospital already for several days in the face of a request for her to leave.”

Tafida’s parents Shelina Begum and Mohammed Raqeeb want to take their daughter for treatment in Genoa. According to the Daily Mail, Coppel asked the court to rule that the London hospital “has no power to prevent the transfer of a child patient to another hospital within the European Union where the holders of full parental responsibility for the child and the hospital both agree to the transfer.”

Coppel specializes in EU law and human rights issues and is not a stranger to parental battles with hospitals, for he was engaged to represent Alfie Evans’ mother, Kate James, on April 25, 2018, in a last chance bid to persuade the courts to permit Alfie to be transferred to the Bambino Gesù hospital in Rome. By then Alfie’s respirator had been removed for two days, and he was breathing on his own. However, the court ruled against Alfie’s parents, and their child died three days later.

As Coppel presented his case to the High Court last week, Tafida’s mother, solicitor Shelina Begum, represented herself against Royal London Hospital-Barts NHS Trust, which was making its own separate application in Family Court. The Trust was represented by Katie Gollop, QC, who argued that the hospital should be to be allowed to stop giving medical care to Tafida if she became more ill in the next few days.

Gollop also has experience in such disputes. She represented the Great Ormond Street Hospital when it wished to end the life of Charlie Gard. However, she had less success last Tuesday than she did in the Gard case, for the judge rejected the hospital’s application on the grounds that Shelina Begum had known about it for only a few hours and hadn’t even had the chance to read it.

A tepid response from the Catholic bishops of England and Wales

Meanwhile, the Auxiliary Bishop of Westminster, Bishop John Sherrington, has promised to pray for Tafida. He did not not take a firm stand against her doctors’ insistence that it is in her “best interests” to die.

“The tragic illness and circumstances of little Tafida Raqeeb will touch everyone who hears of it. I hope it will also move them to pray, as it does me,” he told the Catholic Universe.

“I pray for this little girl that she and her parents are strengthened by the presence of God, by the mercy of God and by the support of all who know and love her,” he continued.

The bishop, whom the Universe described as the “lead bishop” on life issues, seemed to suggest that those not in possession of Tafida’s medical records should keep their thoughts about her fate to themselves.

“Difficult dilemmas have to be faced. In that process, I hope that all due weight will be given to the wishes of her parents, while also respecting the clinical judgement of the doctors caring for her. Those of us not in possession of all the relevant information might best be reserved in our judgement,” he stated.

“I trust that the doctors from the Gaslini Children’s Hospital in Genoa will be given time and opportunity to come to a well-informed view and to share their prognosis with their colleagues here in London. Such international cooperation is essential good practice in the care of tragically difficult lives.”