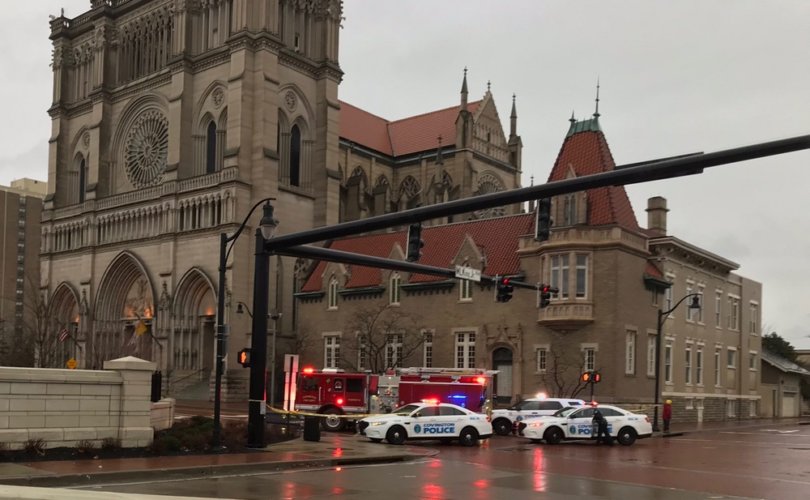 February 4, 2019 (LifeSiteNews) – Attorneys for young Nick Sandmann have sent letters to more than 50 media outlets, pundits, journalists, and celebrities as well as Catholic dioceses who publicly slandered the pro-life high school student from Covington, Kentucky based on a misleading video clip that went viral.

The letter, which seeks to prevent the destruction of evidence, discloses a potential intent to sue the recipients, many of whom are household names –– a who’s-who list of strident, often controversial liberal voices.

Attorney Todd V. McMurtry wrote that he was notifying the more than four dozen recipients of their “obligation to preserve information that may be relevant to potential litigation,” in what he refers to as the “Sandman Matter.” The letter is explicit and detailed.

Sandmann was catapulted into the national spotlight when mischaracterizations of his appearance in the incomplete video unleashed a barrage of unwarranted vitriol and even death threats against him and his Catholic classmates who were participating in the March for Life last month in Washington, D.C.

Among the media outlets who received the letter after having jumped the gun to criticize Sandmann are The New York Times, The Washington Post, CNN, NPR, HBO, GQ, and TMZ.

Here is the complete list of recipients who were sent the letter on Friday, February 1:

McMurtry told The Cincinnati Enquirer that the incident permanently stained Sandmann’s reputation and that after an in-depth review by a team of several attorneys they “concluded we have a good faith basis to sue.”

“There was a rush by the media to believe what it wanted to believe versus what actually happened,” said McMurtry. “They know they crossed the line.”

“We want to change the conversation. We don't want this to happen again,” McMurtry told The Enquirer. “We want to teach people a lesson.”

McMurtry, a member of the Kentucky law firm Hemmer Defrank Wessels, is working in conjunction with famed trial attorney L. Lin Wood of Atlanta, Georgia, a libel and defamation lawyer who has represented clients against media giants, some of which have captured national attention.

Wood most famously defended Richard Jewell, who was falsely accused of the Centennial Olympic Park bombing in Atlanta in 1996 and then brought defamation suits on behalf of John and Patsy Ramsey and son Burke for false accusations regarding the murder of child beauty queen JonBenét Ramsey. Working with Wood, Burke Ramsey recently agreed to settle a $750 million defamation suit against CBS, which aired a documentary in 2016 that suggested he killed his six-year-old sister, JonBenét, when he was nine.

Wood also represented the victim in the Colorado civil case against NBA star Kobe Bryant and was the lead civil attorney for Beth Holloway, mother of Natalee Holloway.